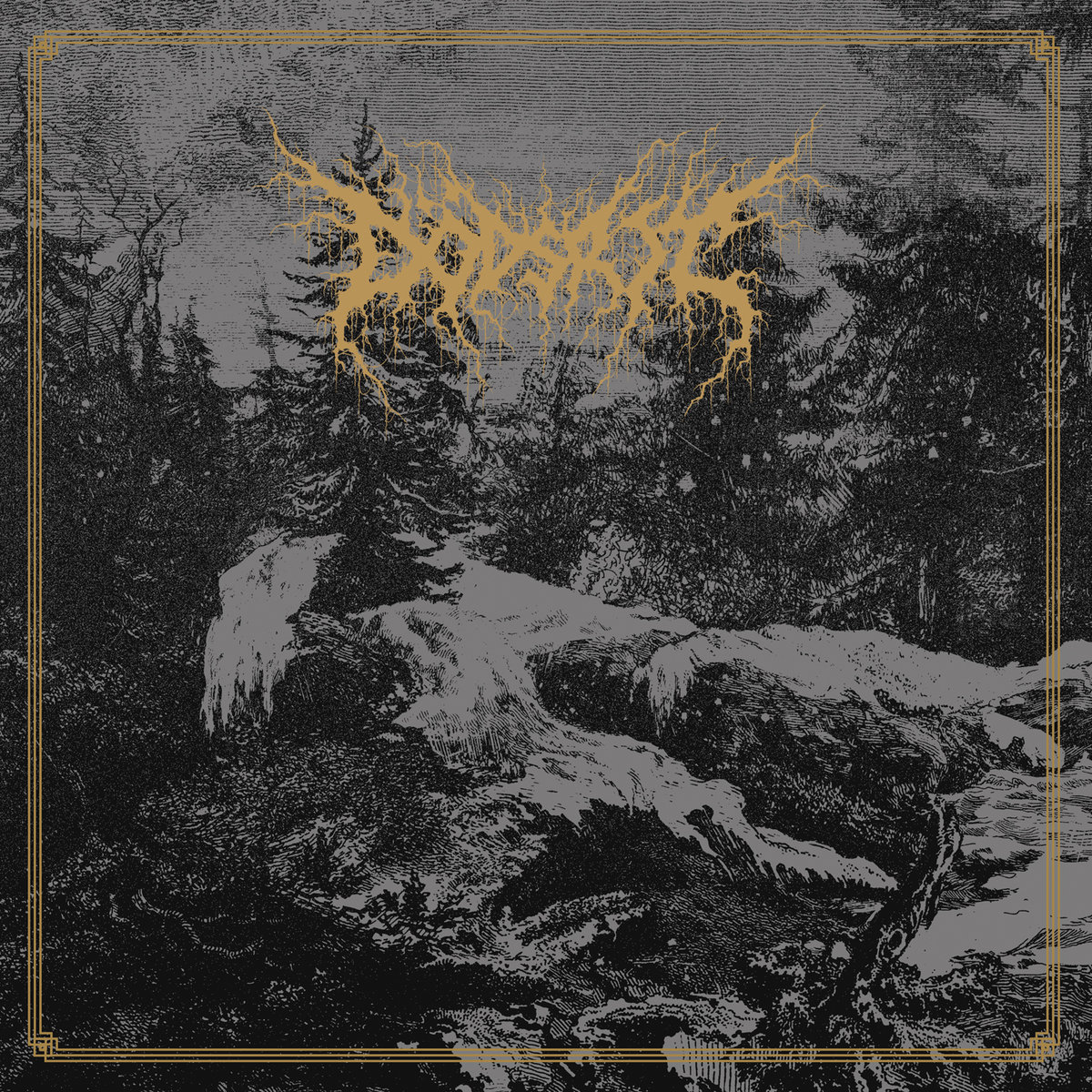 Originally starting out as a one man band, Dödsrit released its self titled debut in 2017, and only a short while after, Spirit Crusher in 2018. Multi instrumentalist Christoffer Öster was thereafter joined by three musicians from the Netherlands to transform Dödsrit into the band it is now in 2021. ‘Mortal Coil’ is the band’s first full-length as a quartet,

Dealing with concepts as suffering and our dying world, the four piece express a certain feeling of hopelessness in a blend of melodic black metal / blackgaze, on for example opening track “The Third Door”, with blistering riffs, fury and anger, led by the desperate cries of Christoffer Öster.

The band shows that they’ve got more in store on the following track, “Shallow Graves”. The track alternates between mid tempo paced sections, which then get crushed under a dense, gritty wall of riffs. The combination of the guitar melodies and rhytmic drums, and the shouts, give the song a hint of pagan black metal influences. It’s definitely one of the more accessible tracks on ‘Mortal Coil’, which could pave the way for new fans to join the musicians on their path towards death.

The title track “Mortal Coil”, starts off with a good thrashing, but after a (short) while, it starts building atmosphere with melodic guitar lines. It reminds a bit of Harakiri for the Sky, which is by no means a bad thing. On the other end, the drums on this song carry the signature crust punk tempo that this band has been known for in the past.

If anything album closer, “Apathetic Tongues” reiterates some of elements heard before but it also intensifies the album as a whole by bringing in some tranquil moments. As the melodies gently echo onwards, the drums build intensity to guide the listener into the last melancholic minutes of the record: a eulogy to our burning world.

With ‘Mortail Coil’, Dödsrit deliver a solid album, one that fuses a wide array of styles and elements seamlessly together. Even though you will not hear anything groundbreaking, this band have mastered their craft well, and that in itself is already a treat.