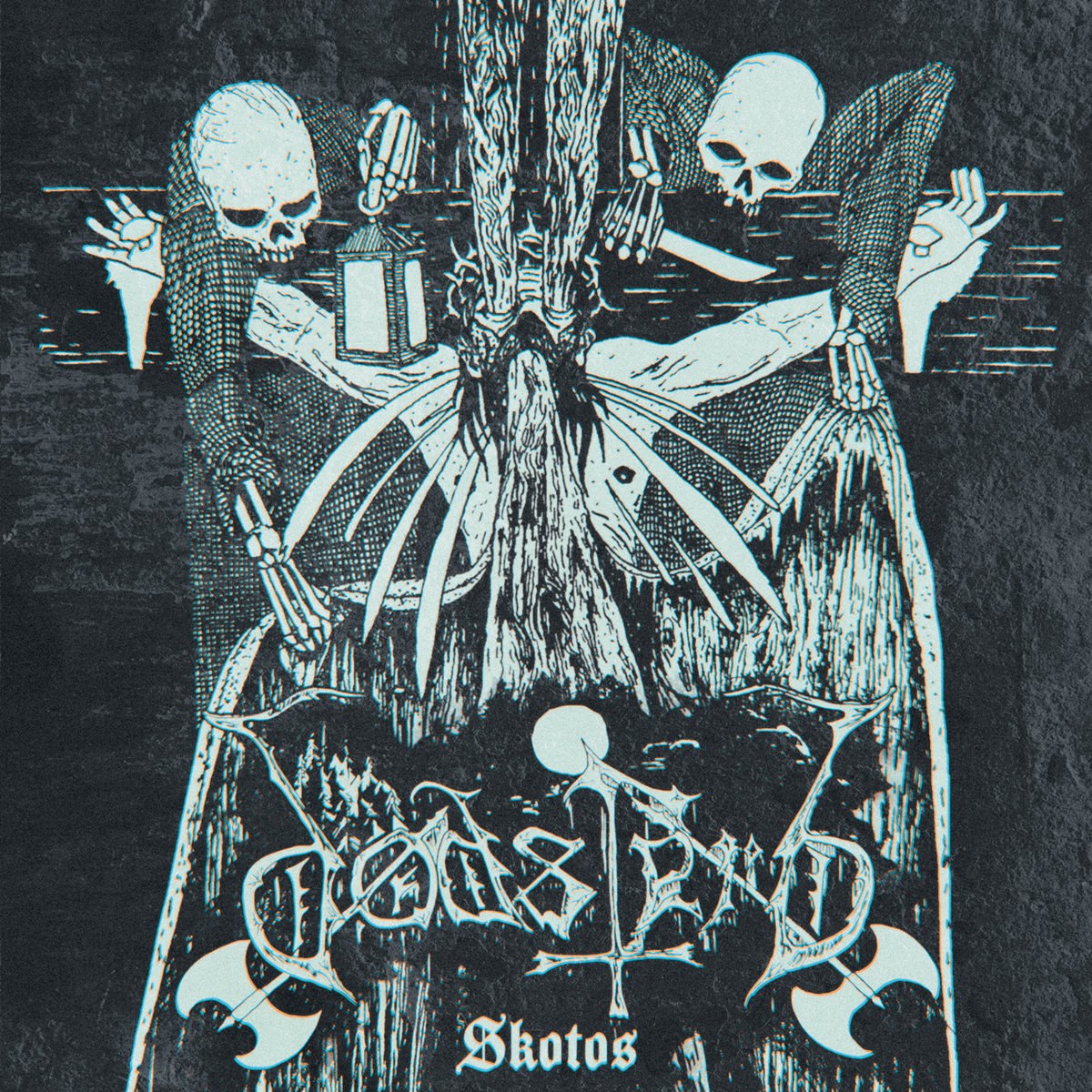 You would think that Dødsferd is a Scandinavian act. Wrong! Despites its name this band is coming from Greece (strange enough). Already active since ’01 but nevertheless, I have never heard of them. Dødsferd makes old skool fuelled Misanthropic Black Metal. An aggressive, harsh yet melodic sound which reminds me a little of Craft, Judas Iscariot, Behexen but also Human Serpent.

“Skodi” is an EP on which the tracks “Skotadi” and “Cursed to Die at first Light” is being offered. It seems that there are five more songs present on “Skodi” but on my digital promo I have only the honour to review the above mentioned songs. So, I’m keeping this one short.

Blimey, these two songs sound rather good! Both songs are venomous, raw and have a not too polished, grimm sound. The vocals of Wrath are raw and aggressive. The bass has a prominent place in the mix while the drums pummels its way through the songs in effective manner. The songs have a high energy outburst and, in my humble opinion, should also do pretty well on the stage.

This is my first encounter of this ensemble, and to be honest: the rawness of the sound leaves my hungry for more. Let’s hope there will be a full length album for me to review in the near future, because two songs simply aren’t enough to give an in-depth review.
Nevertheless, the two songs offered sound compelling and let’s hope I will hear again soon from these lads. If you are into Greece acts or compelled to old skool Scandinavian
bands give this EP a listen. But first do it on digital format because I have no idea what quality the other five songs have to offer.