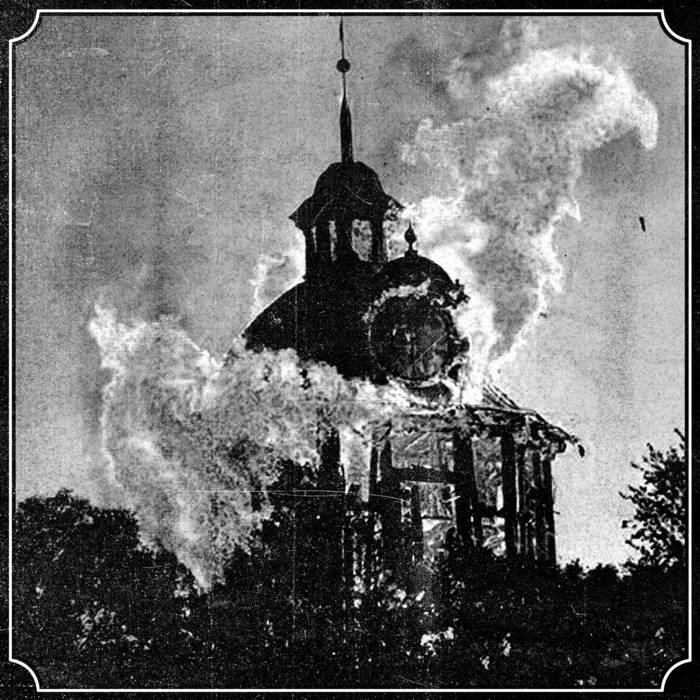 In 2019 I made a review of Tyranni‘s “Baron af avoghetens smärta” which ended up in my yearlist.
Since Digerdöden is a project of one of the members of Tyranni I couldn’t resist reviewing the second full length release of this Swedish misanthropic Black Metal act.

Because of the production it took a few spins to grasp the content. But eventually the Black Magic art presented here seeped in to my pitch dark soul. Although the guitars are a just a pinch too high pitched for my perverted taste, all six songs presented on “Genom dödens svarta törst” are highly enjoyable. Well…enjoyable might not be the right word since it is utter melancholic, depressive darkness which is displayed on this album.

Since all tracks are in Swedish language, a language which I can’t utter, I really can’t grasp what the topics are about. That doesn’t matter because the haunting, dark and depressing terror offered doesn’t need any explanation. Opener track “Med eder ruttande lekamen, göd min aldrig sinande hunger” starts with high pitched guitar, battering drums and evoking screams which deflect pure hell and damnation. The variation of riffs combined with the harsh, primitive production really make sure that there’s a lot of gloomy atmosphere.
Especially the melancholic middle part, with its haunting eerie keyboards on the background, make it an enthralling track.
Follow up “Besvärtad af hin-håles smutsvånda” is in the seam vain and has a distinctive bass sound before offering some great eerie guitar tunes. The atmosphere is really misanthropic and when solo member C utters his madness it feels like the foundations of sanity crumble down. Simply great!

“Lifvets förkastade likstank, efvigt följa I lönndom”, with its sheer terror, makes an aggressive and haunting entrance and just when you start to think this bulldozer won’t end it makes a subtle halt and atmosphere takes over. And the misanthropic atmosphere also continues on the fourth track “Undergångstonernas kotpelare evigt klinga“

This album is cleverly constructed and oozes with gloomy atmosphere.
I could make effort to explain all the songs but the above mentioned should make clear that we’re dealing with a dark and haunting piece of art. If you like music to be nihilistic, misanthropic and pitch black you should definitely check this album out, together with Tyranni and all the other projects C has to offer.
A great and super moody album which only Scandinavian acts can offer. So please support this act and the superb label New Era Productions and give this album a go. It won’t disappoint, I can assure you!