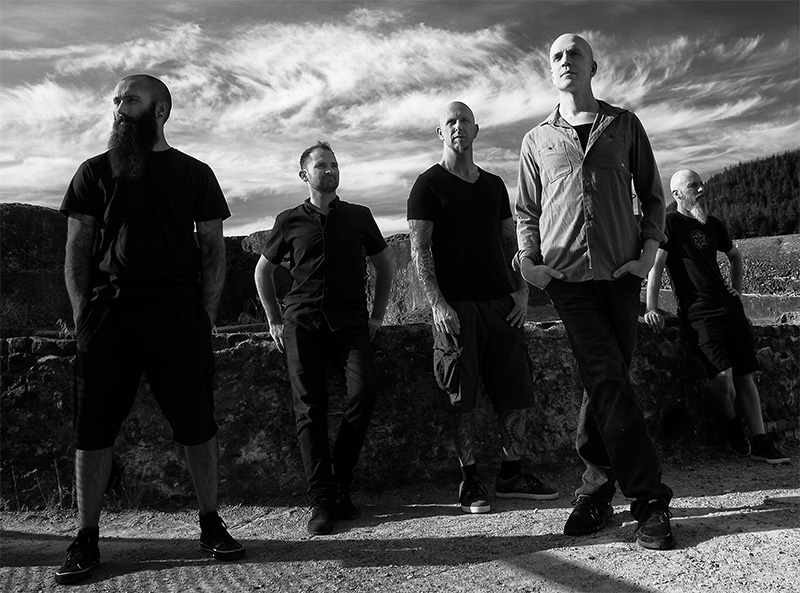 The Canadian band Devin Townsend Project has been confirmed for Dynamo Metalfest in the Netherlands. The vocalist Devin Townsend and his band release the record Transcendence last year and the upcoming shows in the Netherlands are nearly sold out, the festival organisation is therefore happy to add this act to the line-up. The following bands were already confirmed for the festival in Eindhoven: Gojira, Testament, Exodus, Entombed A.D, Prong, Toxik en VUUR. One more band will be added to the line-up: the winner of the local Band Battle.

You might know Devin Townsend from his time in Strapping Young Lad, his solo records like Ziltoid the Omniscient or one of the many albums of Devin Townsend Project. One thing is sure, the shows of the Canadian are full of humour (think of the biggest hugging mosh pit ever at Wacken) and the catchy melodies and heavy riffs.

The Devin Townsend Project recently released a new record, called Transcendence (September 2016). The band will tour in March and the shows in the Netherlands are nearly sold out. Those who have missed the opportunity to catch them on tour, should definitely attend Dynamo Metalfest. Since Anneke van Giersbergen (VUUR) often contributes as guest vocalist on Devin Townsend’s record, she might join him on stage for a song or two!

The line-up of the festival features the following bands: Gojira, Devin Townsend Project, Exodus, Entombed A.D, Prong, Toxik and VUUR. One more band will be added to the line-up, the winner of the local Band Battle. Dynamo Metalfest takes place on the 15th of July, 2017 at the IJssportcentrum te Eindhoven, the Netherlands.

You can buy your tickets here! 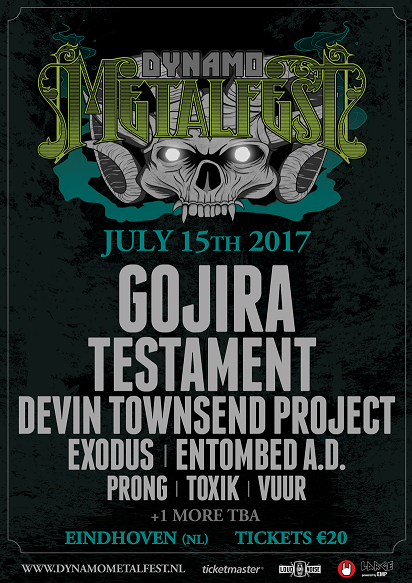