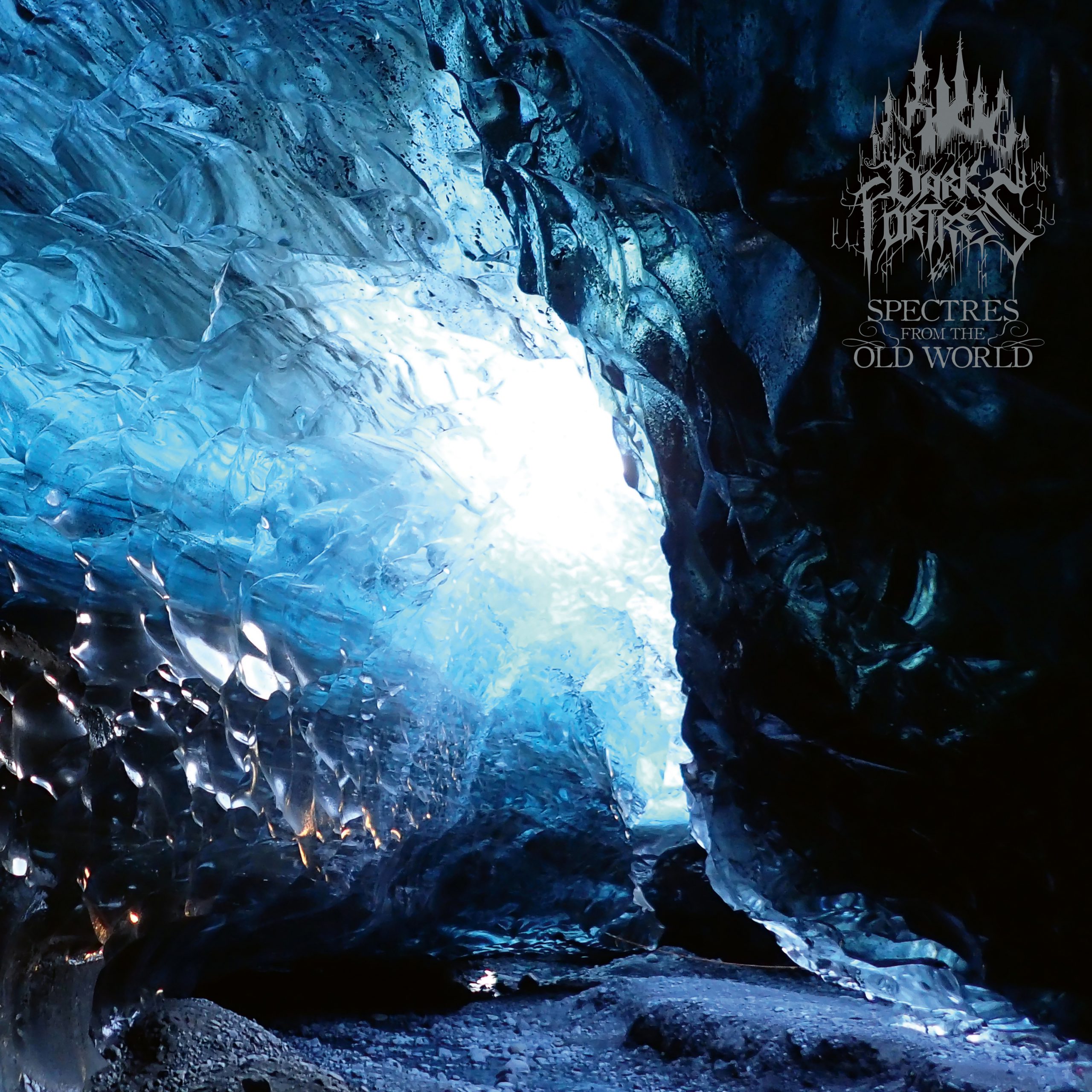 It has been six long years since we last heard from Dark Fortress. Most members of the band are being kept busy with their everyday life and other musical projects. In 2014 they released the phenomenal album Venereal Dawn but now the long wait is over and they finally treated us with a new full length: Spectres from the Old World.
First thing to notice is that, in general, the band has sped up a little and the overall sound is more aggressive and up tempo compared to Venereal Dawn. Yet the overall sound is still very recognizable. The excellent guitar play during the entire album, combined with Morean his deep and harsh voice, make you pick out a Dark Fortress song from Spectres from the Old World at any moment.
But it wouldn’t be fair to only compliment the guitars and vocals. Bass guitar and drums on point as well, and the keys give the finishing atmospheric touch to it all.

Intro song Nascence, followed up by Coalescence are a unity that leave no room to rest and are straight up in your face black metal. This sphere continues, with some more atmospheric influences in Spider In The Web and the title song, until you’ve reached Pali Aike. The tempo slows down and the grim atmosphere that embodies Pali Aike sets in.
Where the first part of the album will remind you a bit more of the older work by Dark Fortress, Pali Aike sounds more in the line with Venereal Dawn, and even though I admire all aspects of this album, this song definitely is one of my favourites.

As said: where the first half of the album sounds highly recognisable if you’re familiar with their older work, on the second half, the band starts experimenting a little more. Now this isn’t a surprise because Dark Fortress isn’t a band that sticks to just one successful concept, and always knows how to extend themselves, but I was pleasantly surprised with the path they are taking here. They clearly continue keep going forward and build on, where they left at the end of Venereal Dawn, but are taking it to a next level.
I can’t help to hear a similarity between the evolution of their music and the latest Enslaved albums; part of the riffs and the high clean vocals on Pulling At Threads and In Deepest Time; it’s very much alike. Yet Morean his dark voice and the guitar solos still give it the undeniable Dark Fortress sound.
The album ends continuing on this path of a little more experimental sound and before you’ll notice, the almost full hour that is Spectres from the Old World has gone by.

The entire album is a combination of outstanding black metal songs, often renewing yet recognizable. The writing and composing of the album took a while, yet as the band themselves explains ‘it all went very organic’. There aren’t any ‘fillers’ on Spectres from the Old World and you can hear the time and effort that have been put in putting the songs and the album together. The quality of the album therefor is no surprise because Dark Fortress never disappoints. For all lovers of Black metal, the new wave of black metal and even post black metal, go listen to this album, it will be worth it!