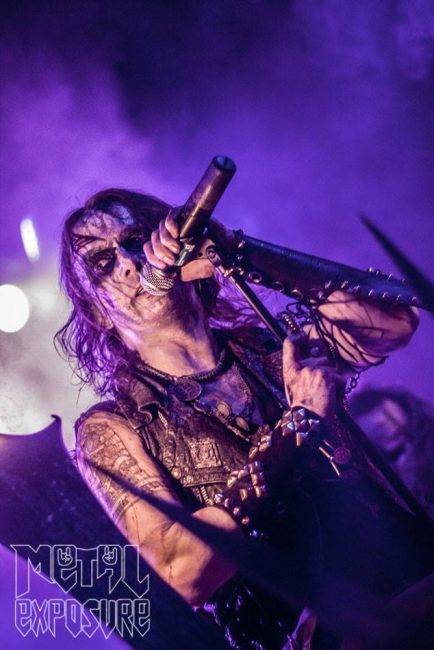 Only a few days after Swedish black metal formation Watain released its newest offering Trident Wolf Eclipse, the band set out on a small tour through Europe in promotion of the new record. One of the stops was in Tilburg, on January 11th, the first gig of the year for yours truly and by Lucifer, the music year could not have started any better. 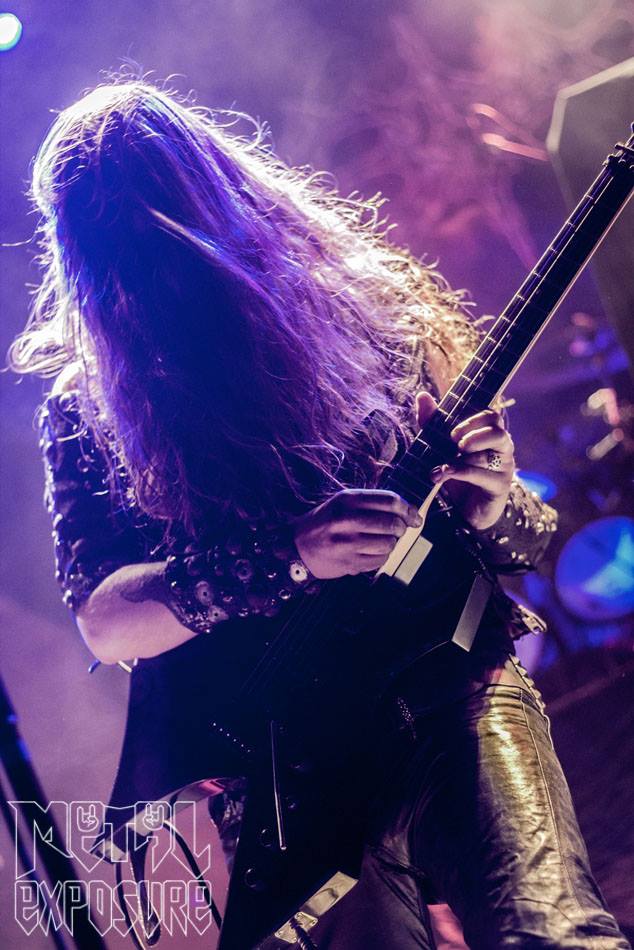 Support act was the Swedish death metal band Degial. Having not previously encountered this band, I went in with an open mind. That mind was blown away by the sheer force of Degial’s music, think crushing blackened death in style of Deströyer 666, Aura Noir and Nifelheim. The band mainly played songs from the studio album ‘Predator Reign’ and even though they performed convincingly, the sound in the front rows could not handle the chaos brought by the Swedes. Too often, one could not distuingish the instruments from one another. A bit of a shame, but it certainly made me want to check out the band online.

With a limited numbers of shows, a new album and , the show tonight was sold out, to an uncomfortable degree. Downstairs you felt like a black metal can, and upstairs you could not see a thing because of all the tall people in front of you. This was the only downside to a fantastic concert and one that 013 should keep in mind. The venue tends to cram the halls to its limits, making a gig there (when it is sold out) truly uncomfortable.

That said, anticipation grew and finally Watain vocalist Erik Danielsson started the ritual by entering with a burning torch. Clad in leather clothing, with white faces, a stage consumed by fire and bones scattered everywhere: the band is ready to set burn this house down, literally. 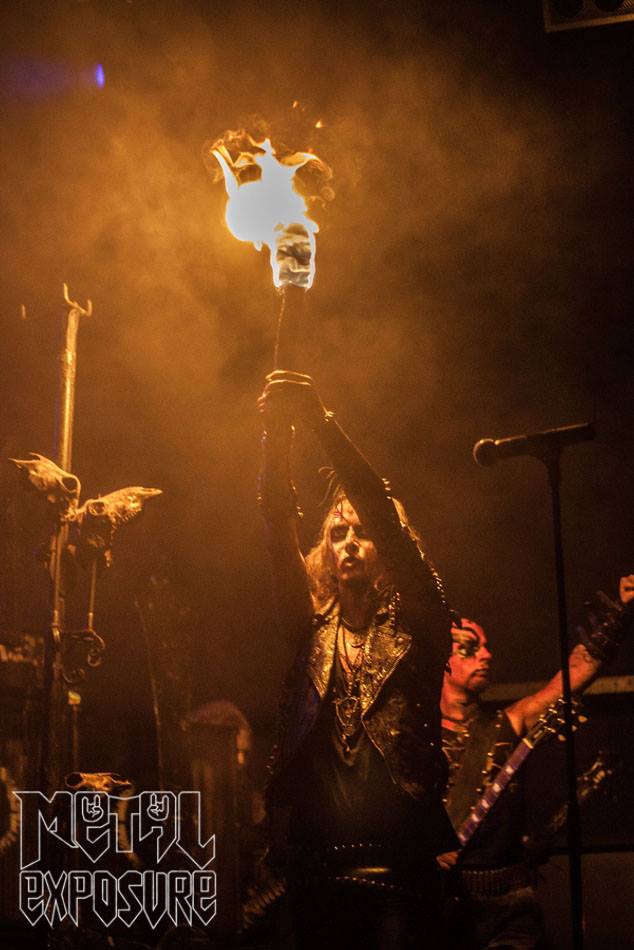 It was clear that the fans had been waiting for the Swedes to return to the Netherlands, as they shouted along to “Legions of the Black Light”. The group continues at a high pace, fire one song after another. The tune “Devil’s Blood” is dedicated to Selim Lemouchi and a few people in the crowd are baptized in smelly pig blood. Naturally Watain performs a couple of songs from Trident Wolf Eclipse, like “Nuclear Assault”, “Furor Diabolicus” but also a classic like “Malfeitor” from Lawless Darkness gets the crowd going.

The show can simply be described as impressive. With the stage lit by burning stage props and a band that plays like they are fuelled by the fires of hell, basically everyone in the venue was overwhelmed, in a positive way. Just when you thought Watain could not do anything more to improve this evening, the band started playing Dissection’s “The Somberlain”, as an encore. I think I speak for all when I say that many black hearts skipped a beat of joy. Of course it’s risky to touch upon Nödtveidt’s legacy, but if one band can do it, it is Watain.

Words and pictures by Laetitia