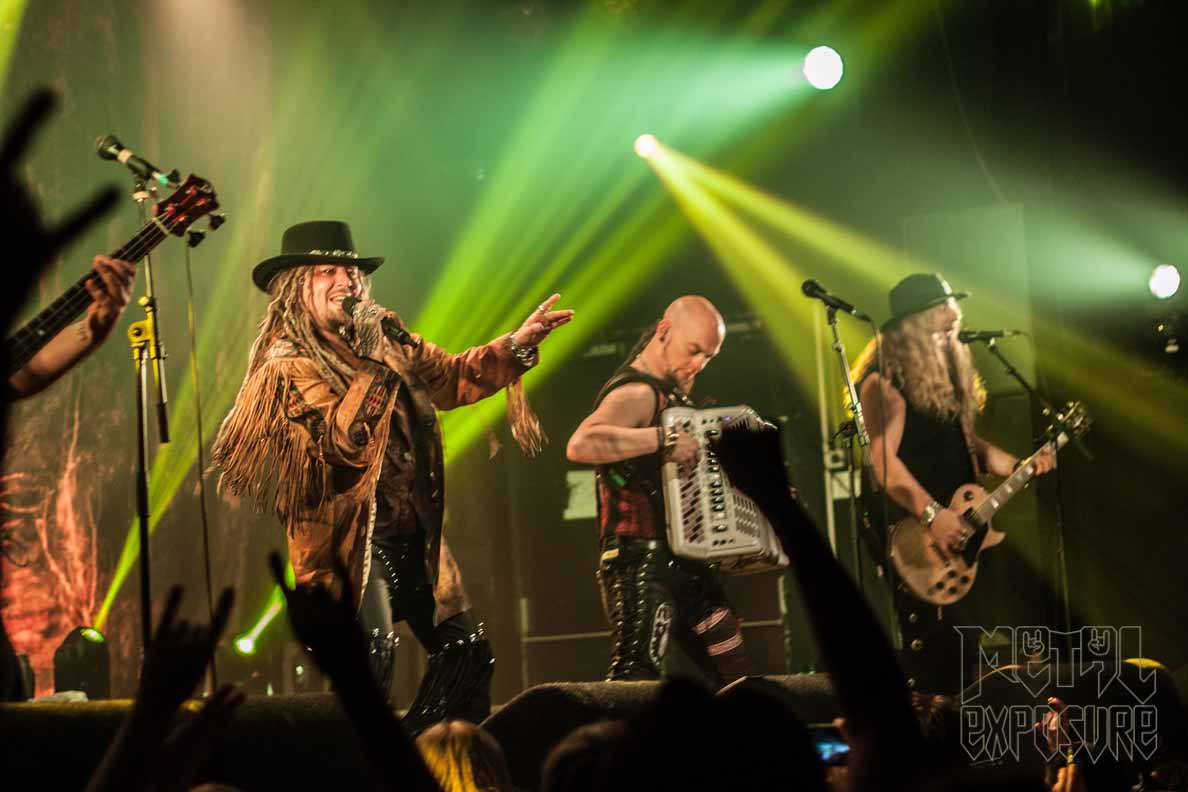 On a regular Sunday, a not so regular event happened. The folk metal clans of Korpiklaani, Heidevolk, Arkona and Trollfest have been traveling through Europe and today the happy caravan made a stop in the venue Melkweg, Amsterdam. 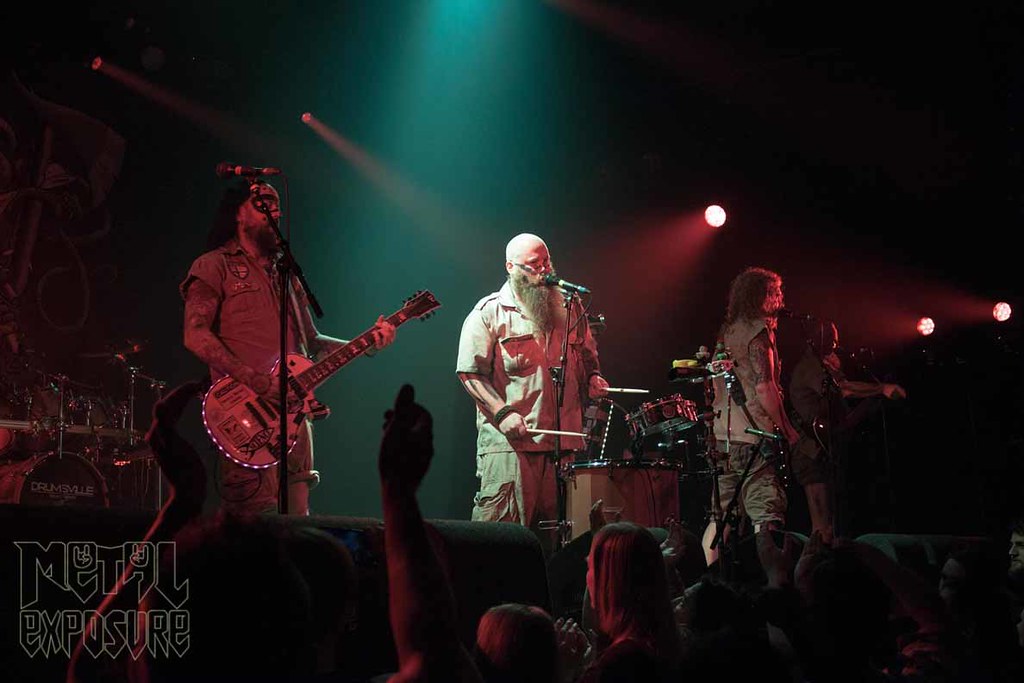 Norwegian band Trollfest had just started playing when yours truly entered the venue. At this early hour, not everyone had arrived yet and the venue was emptier than expected. However, both the band and the crowd made their presence count. Trollfest, with their chaos, punk-infused folk songs, just released a load of brightly colored balloons into the venue and the fans saw that it was good. With a congo line, crowd surfing musicians and the song “Hunden Garm”, the Norwegians truly kicked off the evening. 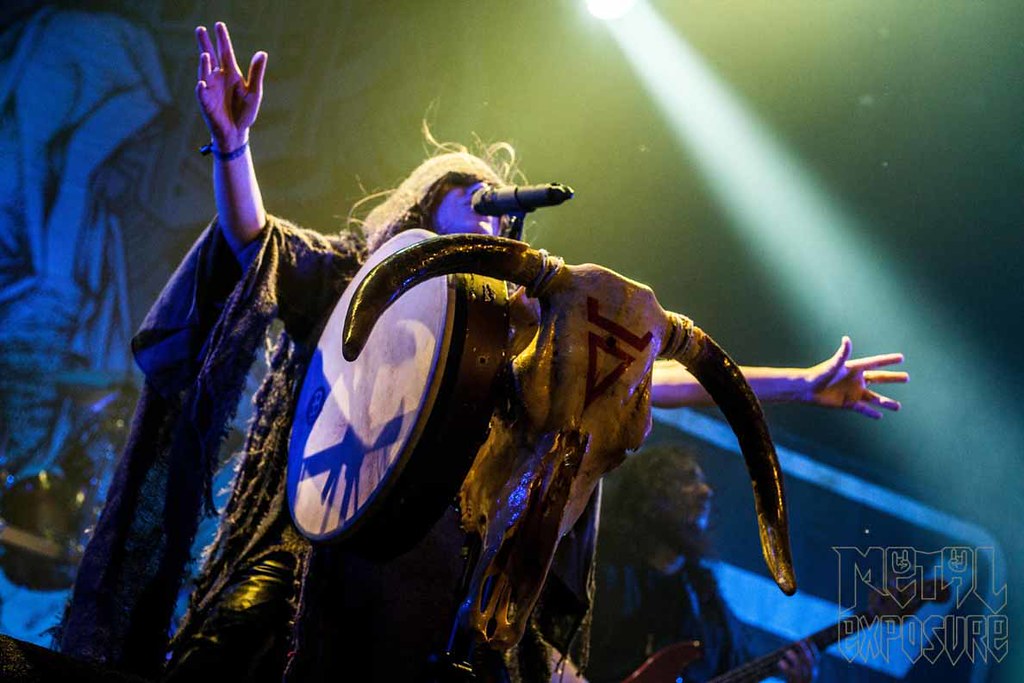 Between the party music and dancing people, the set of pagan metallers Arkona, even though remarkably good, fell a bit out of place. The band has just released a new album Krahm (check out the review here) and with that record, Arkona has definetly ventured into darker places. Roughly the first half of the set featured the new tracks. The audience stands still and looks mesmerized at how vocalist Masha, clad in furs and a hooded cloack, steals the show with her raw energy and ritualistic drum set-up. The second half of the set exist of older songs, the more folky infused ones like “Goi, Rode, Goi” and “Yarilo”. Instantly the crowd is back into party mode and everyone starts jumping and moshing again. Overall an excellent performance. 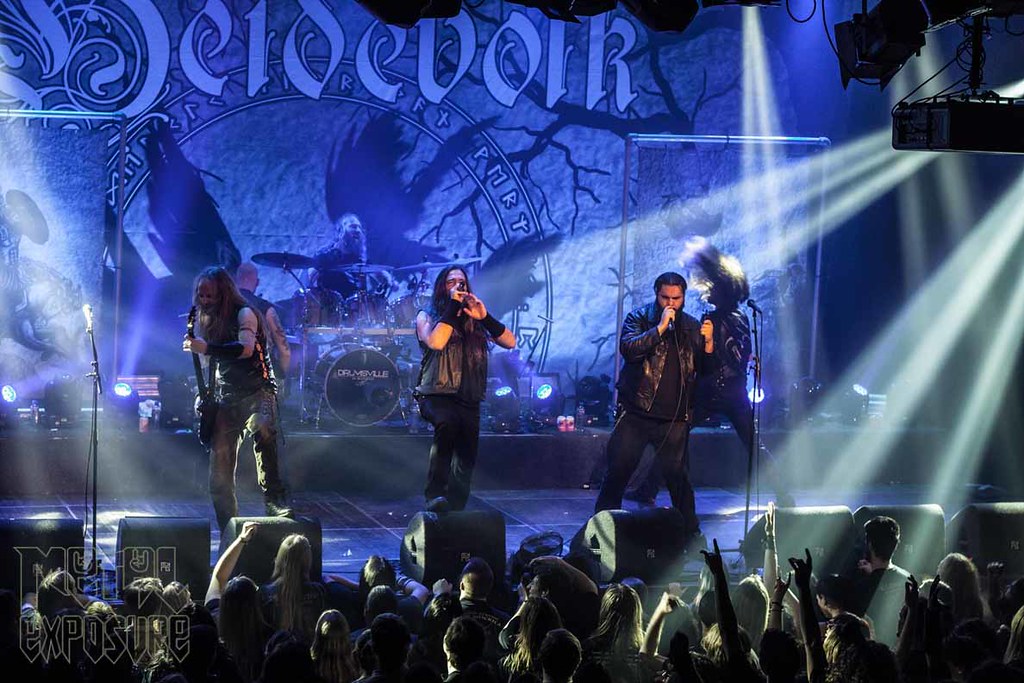 Dutch metallers Heidevolk could not have been received more warmly by the fans today. The band opened with a song from the new record Vuur van Verzet “Ontwaakt”, and a folk metal chaos was instantly unleashed. People loudly sang shouted to “Ostara” and “A Wolf In My Heart” (a bit of confusion there, because at some point the different vocalists were singing the song in two different languages). The enthusiasm of the crowd affected the musicians who where running around energetically and with big smiles on their faces. A (probably) blown up amp did not kill the mood for a second. A real highlight was the hymne-like rowing song tune “Yngwaz Zonen”, during which the crowd spontaneously started a massive rowing pit (as you can see in the video)!

Last but not least were the Finnish folk metal superstars Korpiklaani. Having seen countless shows of the forest dwellers, yours truly has to conclude that the Finns have reached a new, professional level of performing. ‘Newer’ additions to the band, violinist Tuomas Rounakari and accordion player Perrtula play their instruments like true rock stars, including impressive solo’s. Veterans Jonne, Cane, Jarkko and Matson happily interacted with the audience, who were shouting, dancing, crowdsurfing, stage-diving and the whole shebang. Korpiklaani also struggled with some technical problems during the set, but it was solved after a couple of songs. The set featured a mix of songs from the different records, including some golden oldies like “Happy Little Boozer” and “Wooden Pints” and newer tracks like “Lempo”. All in all, the Finns have mastered the art of folk metal and they’ll surely remain at the top of their game for a while to come. 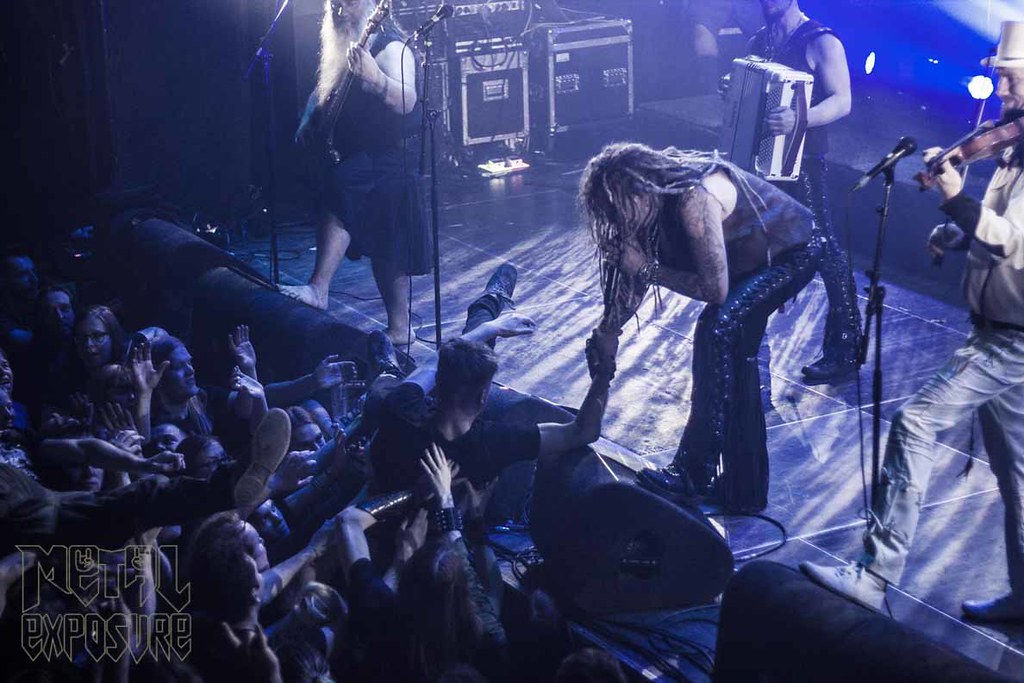