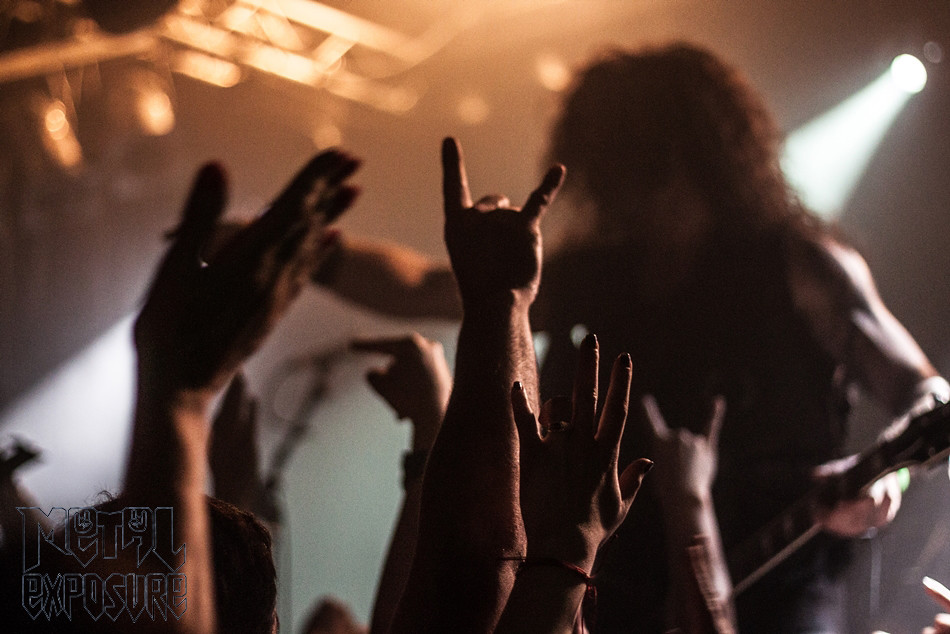 Report by Ingrid, Pictures by Laetitia
It has barely been half a year since Rotting Christ visited the Netherlands and we were at a sold out concert only a few miles from where we were today, watching them again. But since Rotting Christ is highly ranked when it comes to the Metal-Exposure crew’s favourite bands, we didn’t mind at all and off we went towards Greek walls of sound and bulks of testosterone, this time only a few minutes biking from home. 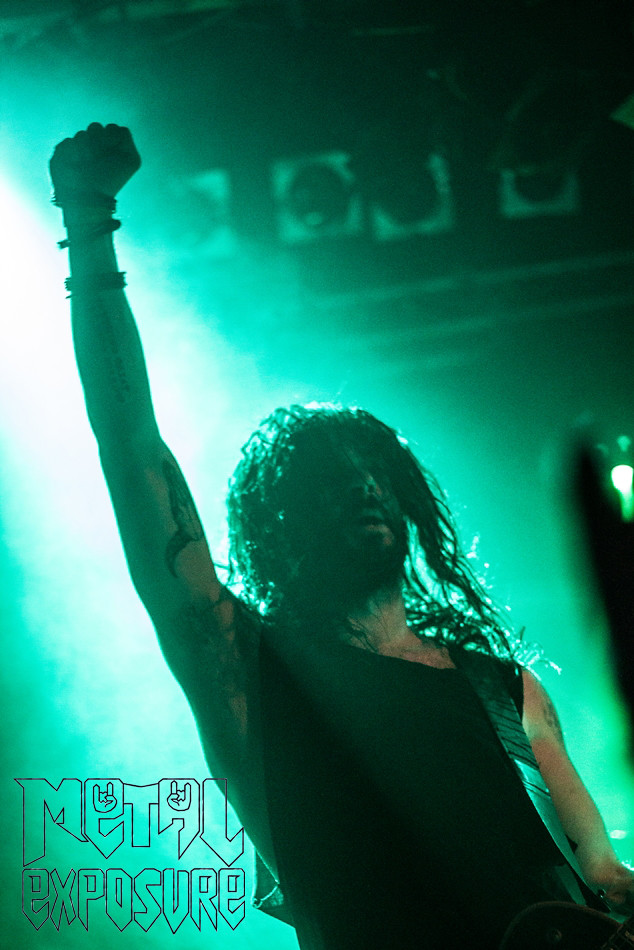 Asking only ten euros of entrance fee as a special ‘spring offer’ , the show surprisingly wasn’t sold out this time. But I think they came close to selling out, because the venue was quite packed with metalheads ready to bang their heads and drink some beer to cool down on this tropical day.

As supporting act, they brought along the French black metallers from Svart Crown to warm up the crowd; well, they succeeded from the moment they entered the stage. It has been a long long time since I last saw this band and I quite forgot about them, but there was no chance of getting around Svart Crown this evening. They brought a ton of energy with them on stage and clearly were enjoying the show and having a great time. This reflected on the audience because it didn’t take long before people were moving, heads were banging and the fans were screaming. The band recently released a new album ‘Abreaction’ so of course they had to play us some new songs, which they made very clear, but they also provided us 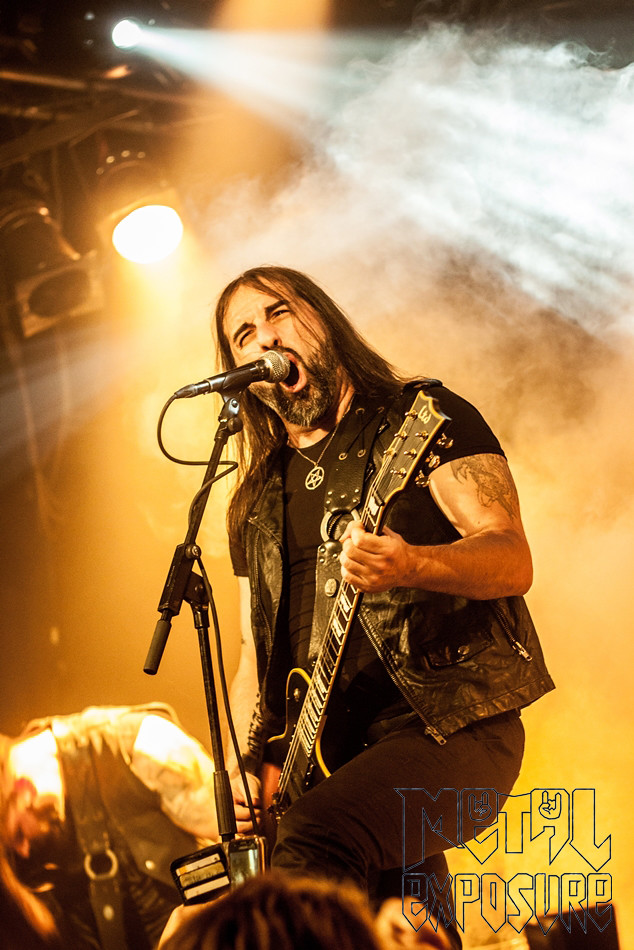 with some older material. A very good performance!

After a short break It got a little more crowed, especially in the front area and it was time for the main act of the evening and the band most people were waiting for: Rotting Christ! The band entered the stage starting off with ‘Ze Nigmar’ and all there was, were people banging heads and singing along. It took Rotting Christ less than a minute to set the tune for the rest of the show. During the evening the energy and testosterone levels in the venue stayed high and Rotting Christ gave a flawless performance, like we are used to. They mainly played songs from their latest two albums Kata Ton Daimona Eaytoy and Rituals, but every now and then they went back in time to play some older material like ‘Non Serviam’. Despite the heat there were ongoing moshpits and when the band ordered the audience to split up, even a wall of death appeared; great interaction between band and audience! It was of course no surprised that when they were finished everybody screamed for more, and it took the band barely a minute to reappear on stage for an encore.