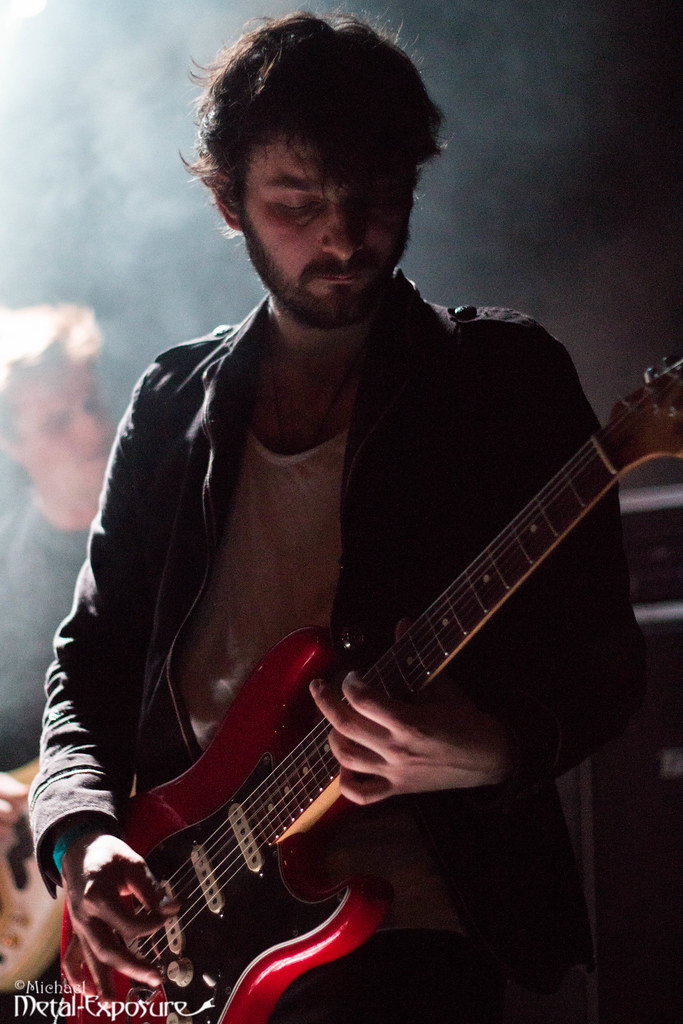 Pictures and report by Michael Brookhuis
My first concert of 2017 was a special one. Not a very big venue with a major band, but in downtown Anrhem at the Willemeen, I went to see the French post-rock, cinematographic band Les Discrets. To be honest, I have only known this band for about a year, yet from the first moment I heard them, they mesmerized me. So, to my surprise, they were touring and also visiting The Netherlands. Great chance to check them out, I would say.

Apparently it’s a common thing for the Willemeen to be a bit late with opening their doors, as was pointed out to some of the guests who were already waiting in the cold. Before the show I went to grab a bit to eat at a local pub, called “De Beugel”. If you are going to a concert in Arnhem, make sure to give this pub a visit. Often there are friendly metalheads around and the food and drinks are quite good.

Tonight, the support for Les Discrets was Aestrid, a local band from the southern part of The Netherlands. It must be hard for Les Discrets to find a suiting support act, since their music is not something you come by every day. The music, also inspired on the art of their lead singer, always sets a certain mood. This mood setting was not achieved by Aestrid, sadly. 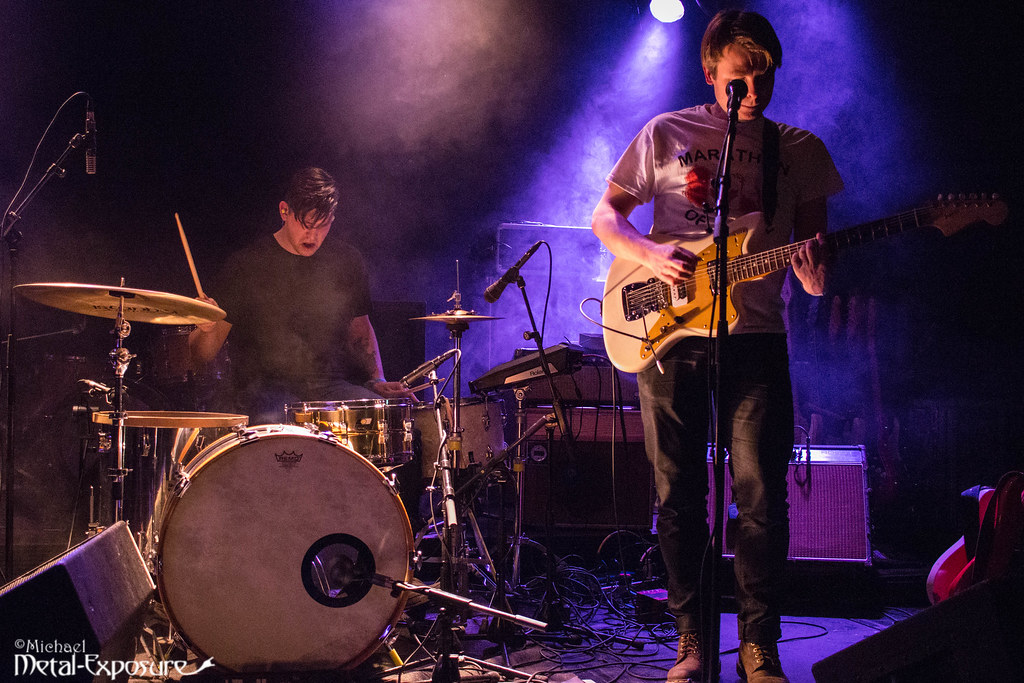 Maybe it’s because the venue is quite small, or maybe because there weren’t that many guests to begin with, but even though Aestrid played pretty well, the audience did not seem that entertained. In between the songs, an awkward silence was present. The setlist was quite diverse, with some ballads, but also some faster songs. To me, the songs were quite good and it was an entertaining show, but maybe not the best support for the evening. 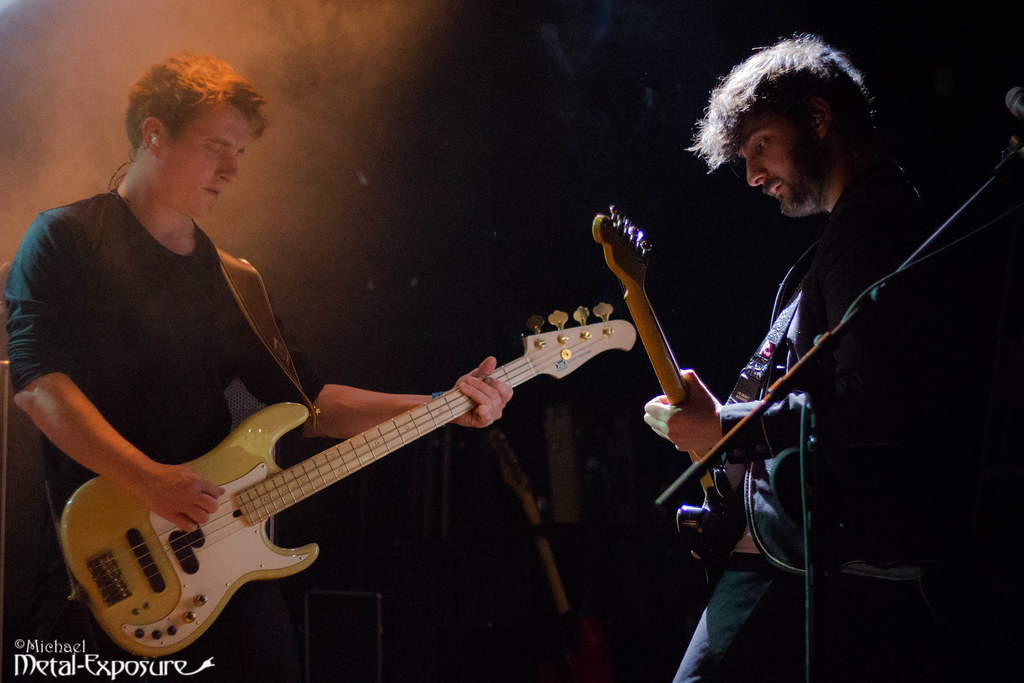 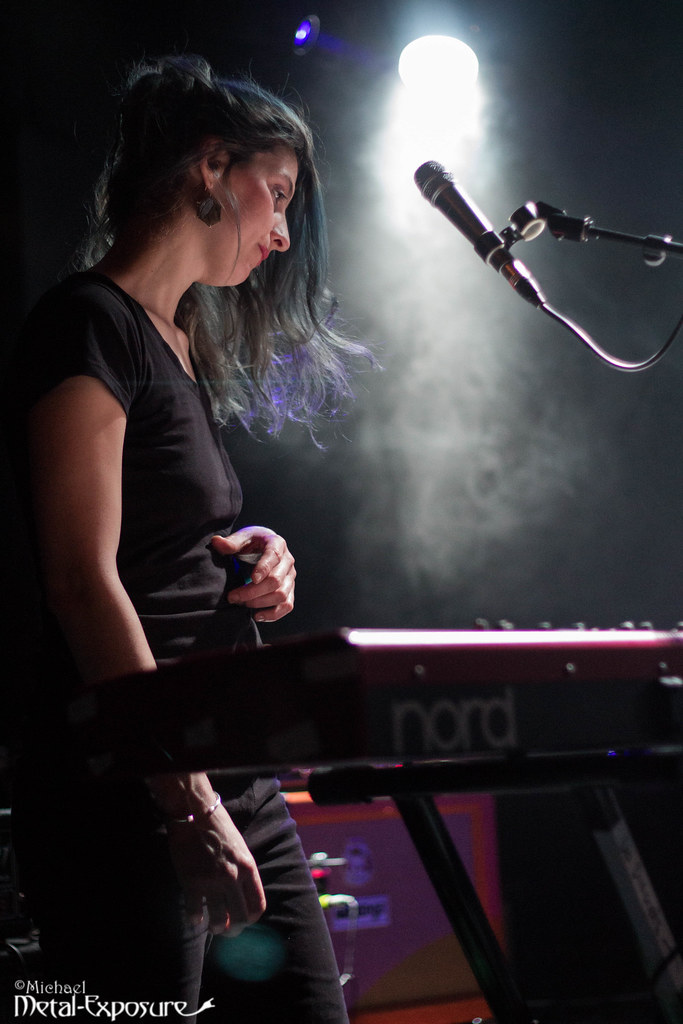 Les Discrets have a new album coming in a short while. Sadly, because of time issues, we were not able to get an early listening session, but they did play some new songs. In a diverse set, songs from both Ariettes oubliees and Septembre et ses dernieres pensees were played. The songs from their upcoming album, Predateurs, mixed well into the setlist and the fans seemed to enjoy them quite a bit.

Lead singer Fursy Teyssier commented that he has played in the Willemeen before, yet with a previous project. Les Discrets even played one of the older project’s songs and more than once he thanked everybody for coming and declared how happy he was to be back.

For those who have missed it, Les Discrets will be back for Roadburn Festival later this year.