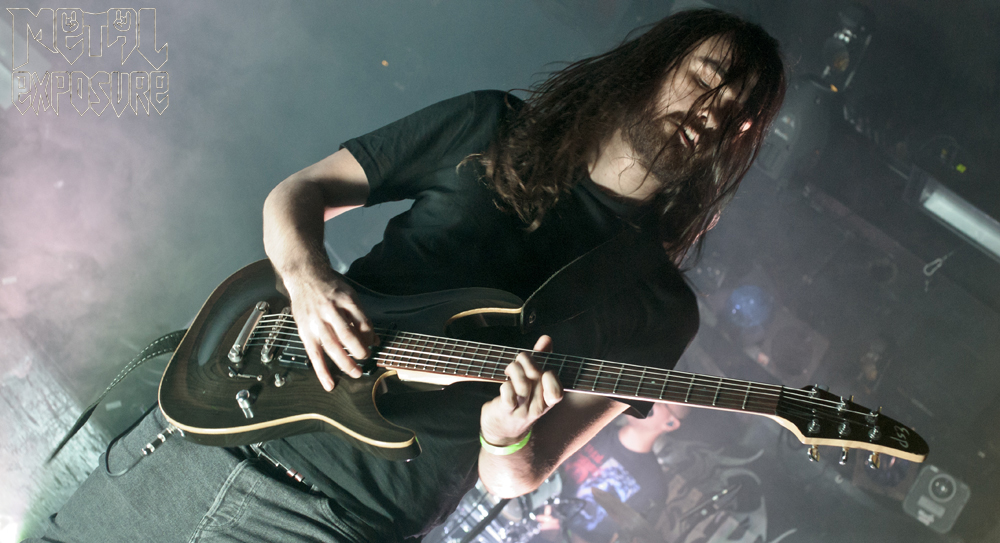 Sunday the 24rd of September brought us Der Weg Einer Freiheit, including supporting acts Regarde les Hommes Tomber and Black Anvil in the Baroeg (NL, Rotterdam). As free will is just an illusion, I of course could not resist also visiting their show in Nijmegen, a bit closer to home. Limiting Meiner Freiheit and only seeing the inside of concerts venues these days? Sign me up! 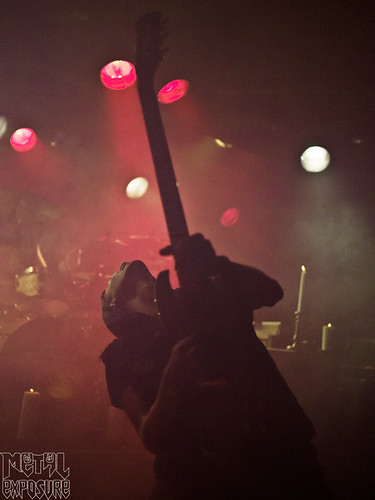 Although I originally only planned for the show in Nijmegen (in the small and cosy Doornroosje venue ‘Merleyn’), I found myself in the lucky position to also be able to join in on the show in Rotterdam (at the legendary Baroeg). So off we went and found ourselves entering the Baroeg just as the last song of Regarde les Hommes Tomber was playing. Too bad, as I had only seen them once during Into Darkness 2016. Back then, I was not really convinced, so reason to see them a second time. But no worries, round two was only a night’s sleep away. 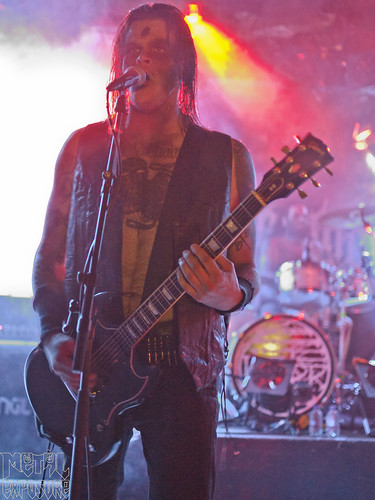 Next up was US blackened doom/thrash Black Anvil. A lovely thunderous mix of melancholic bass, melodic lattices and (here and there) upbeat blast beats! Extremely well fitted for the low-ceilinged, underground venue that is the Baroeg. Promoting their album As Was (released January 2017, definitely worth the listen), these maniacs also showed how a live performance should look like. Even on the small stage, vocalist and bass player P.D. performed a constant theatre of banging and milling, a real pleasure to watch. Their music, at times with three vocals, was likewise a pleasure with it’s intriguing melody work and subtle technical tapestry of drums and riffing. Highly recommended! 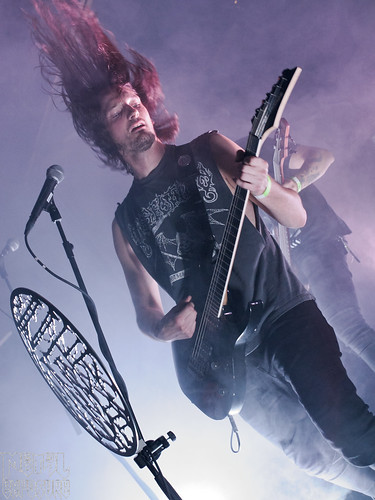 Der Weg Einer Freiheit, again in the Baroeg, where I saw them when making my debut concert and photo review…indeed something special, if not already for the music. They opened with blasting and mercilessly melancholic Einkehr, a personal favourite of their 2015 album Stellar. Having recently released full-length Finisterre, DWEF promoted songs like Aufbruch and Skepsis, but also touched upon their very first self titled album with Ewigkeit. Haunting and eerie Zeichen completed the unique atmosphere these Germans manage to produce, a mesmerizing torrent of blast beats, riffs and stretched melodies. Something new for me when watching DWEF was a bit more interaction with the audience (even encouraging to raise fists and shout the (mandatory) ‘Hey! Hey!’). Although I kind of liked the no-nonsense style of their earlier stage play, I guess Nikita Kamprad (vocals, guitar) has positively grown into a stage performer. Closer and likewise mesmerizing Lichtmensch left me in a happy daze of ‘wow, holy sh*t, these guys are awesome musicians’. 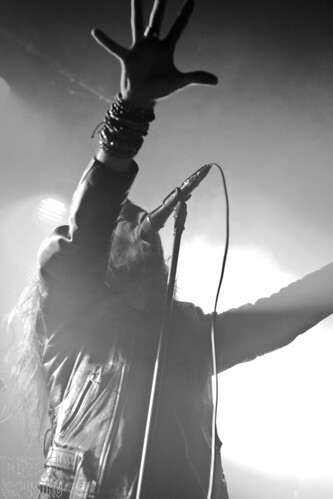 After a night’s rest and day of work, I found myself again surrounded by (if more local) metalheads inside a likewise underground and small and cosy venue, the Merleyn. This time ‘round, I got to enjoy the full show of Regarde les Hommes Tomber. I initially enjoyed their massive drive and punching original sound. Although not played to be pleasing and at times unexpected (sometimes even uncomfortable, keeping the listener attentive I guess), the sound of RlTH is something unique. At times hypnotizing (or so I gathered from the audience’s response) but sometimes droning on, seemingly bereft of head-and-tail. They are musically (well) above most of their colleagues in the black lyrical genre (e.g. on sin, revenging divine punishment), but I can’t escape the feeling of me ‘standing just outside of the groove’. The music, once it caught me on, was often at the end of the song or just about to change structure and sound, rendering any of the previous ‘groove-getting’ lost. RlHT is definitely a band worth to see and listen if you happen to like the sludge/post-black side of things, not so much if you are a bit less fond of experiments.

Starting off with a slight 2 minute or so sound issue on the lead guitar of Nikita Kamprad (for which he even apologized), DWEF played another brilliant set. Even though I knew the setlist and songs, seeing the insanely fast and tight drumming by Tobias Schuler and intricate yet also tight guitar work…well suffice to say that I did not regret, not even for a moment, seeing them twice in a row. The audience (also the occasional German bloke) also seemed to enjoy it massively, for mostly the air was filled with milling hairs of enraptured metalheads.

Two shows in a row, to remember as a blasting kick-off of the indoor metal season!

Words and pics by Wouter B.