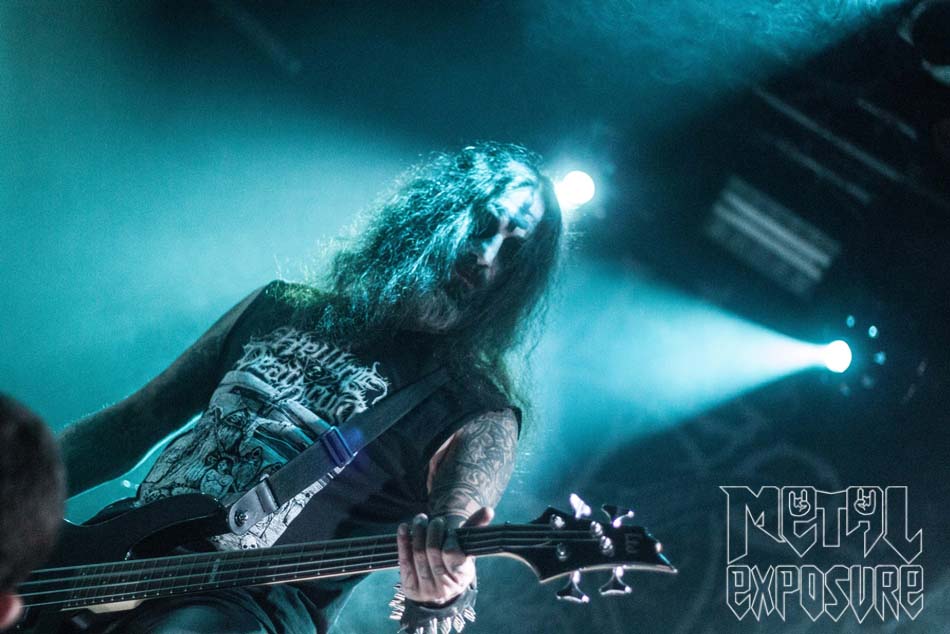 Sunday is the new Saturday, a friend told me a short while ago. He seems to be right, as we end up at a concert every Sunday afternoon. Today the gates of our local venue Willemeen in Arnhem opened for the devastating package of Archgoat, Bölzer, Svartidauði and Eggs of Gomorrh.

First up was the blackened death metal band Eggs of Gomorrh. Having not heard of these guys before, yours truly stepped in with an open mind. Unfortunately, that mind closed off pretty quickly again. Musically, a description like deathgrind would have fitted the group better and judging by their stage performance, this is also how they came across. The different songs sounded quite alike and after a few tracks, it was clear what Eggs of Gomorrh was about and also that they didn’t really fit the line-up this evening. 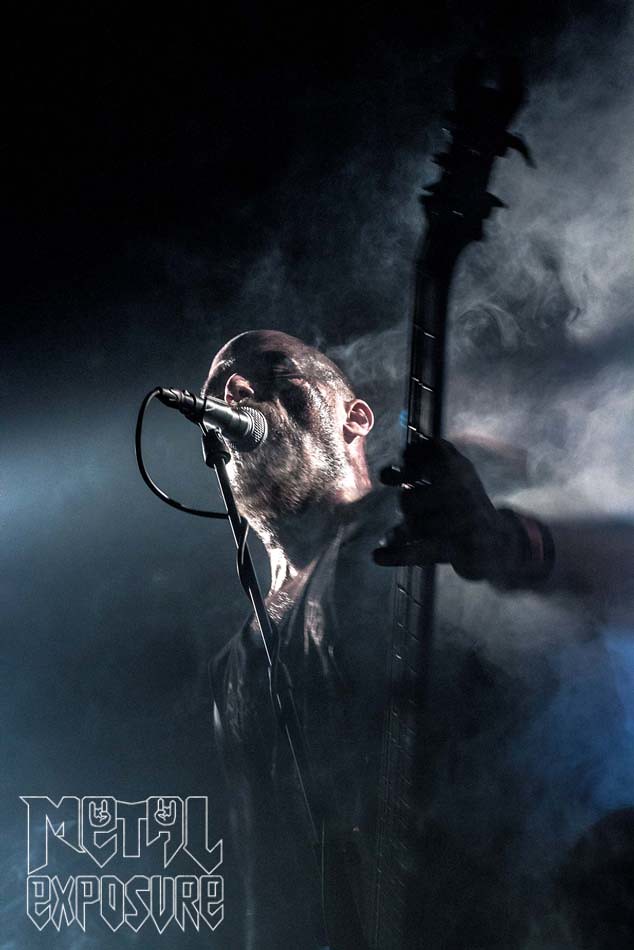 Svartidauði is one of the Icelandic wave of black metal bands that are keeping the scene hostage. Together with acts such as Misþyrming and Árstíðir lífsins (and many more), the brand of hate spewing metal is immensely popular at the moment, and thus it was not surprising that many metalfans left the confines of their homes just to see this group. In a small, packed venue with the hairs of your head banging neighbors lashing against your arm, set in intense red lighting and with a soundtrack of relentless black metal riffage, the musicians created a true inferno in the Willemeen. As hyped as Icelandic black metal may currently be, Svartidauði demonstrated today that there is a damn good reason for it.

The previous and also first time I had seen Bölzer, (at Dark Easter Metal Meeting in München) the Swiss duo disappointed a bit. However, since album Hero and EP Aura are very much liked by yours truly, I had to give it another go. A dark, smoky and small venue like Willemeen is creates a perfect atmosphere for the heavy, drenching tunes of these metal heavyweights. What didn’t cooperate was the sound. During title track of the record ‘Hero‘, front man KzR had some technical difficulties and seemed about ready to smash his guitar. It didn’t help that someone in front of the stage kept flashing in his eyes, which he 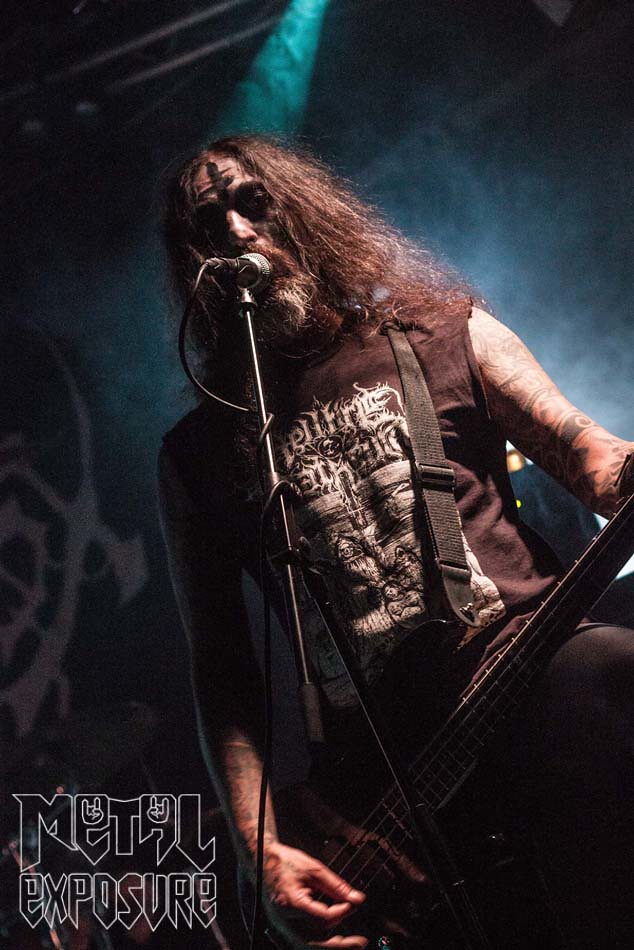 also made abundantly clear (no worries, this was settled with a friendly handshake later on). After this short, eventful intermezzo, Bölzer ferociously continued releasing all built up stress and frustration. The atmosphere intensified, with both musicians playing so intensely that the sweat dripped of the guitar and in the front rows, no one dared to stand still. All in all, a magnificent performance.

With two brilliant performances done already, it was up to Archgoat to end this afternoon/start of the evening. In style incomparable to the others, these Finns serve their black metal as cold and unpretentious as the icy winds in the north. With a no bullshit attitude, the band fired away one song after another, while gazing into to the audience with empty stares. Even though personally I enjoyed Svartidauði and Bölzer more, you have to give it to these northerners that they are a class on their own. Without giving an encore, although it was asked for, Archgoat cut the night short and everyone went home to mentally get ready for another Monday (or a beer).