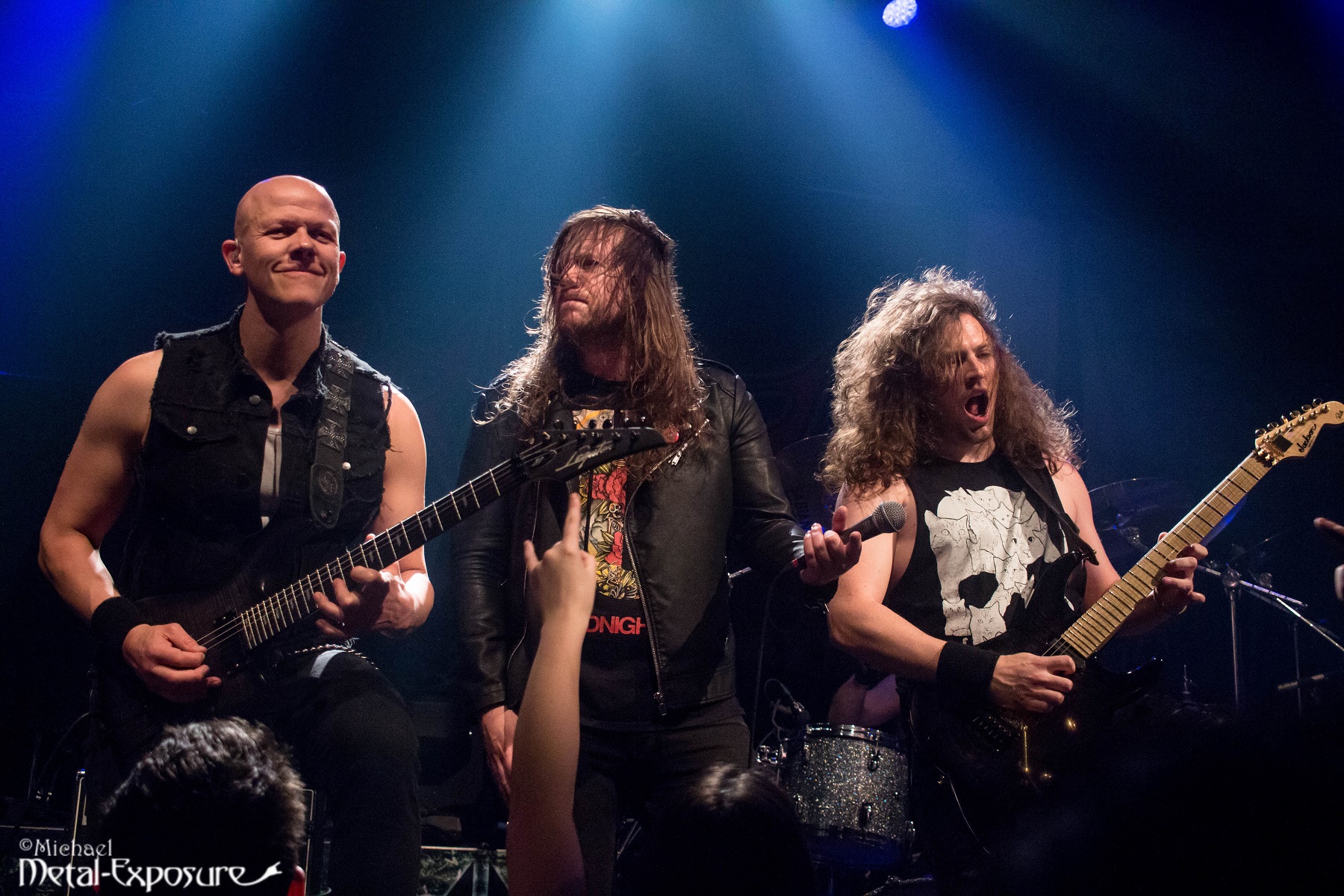 For the second time since the release of their ninth studio album, The Night Hour, Sonata Arctica has arrived in The Netherlands. This time, the stage of choice is Tivoli in Utrecht, a place we know all too well. Supporting acts for the evening were Canadian Heavy Metal band Striker and Thunderstone from Finland.

As we arrived at the Tivoli, about an hour before the doors would open, there was already a line forming. The show was not sold out, but this at least showed some potential of a full crowd. First band which would perform was Striker. I don’t know how it happened, but I missed their shows on board 70.000 Tons of Metal. Tonight would be a good time to make up for that.

When Striker started playing, the venue was quite full. And boy, did the fans get to see one hell of a show. I don’t think I have ever seen a support act play their hearts out as much as Striker did. Not only was their show energetic and fun to watch, but the fast paced songs sounded great.
Some bands take a lot of time to talk in between songs, even if they have limited time as a support act. Not Striker, they played a full set with plenty of songs, never boring the crowd. As a photographer, I should also give my compliments to the lights guy, because they were better during Striker than the following two bands, even main course Sonata. With a whopping nine sings, amongst which “Lethal Force”, “Born to Lose” and “Fight for your Life”, they put up a fantastic show of which people in crowd were still talking after the show has ended.

Ten years ago, Thunderstone participated at the Eurovision Song festival in Finland. Today, this night they had a smaller crowd. What I noticed from the start, is that the band reminds me of Sonata in the old days, fast paced with melodic keys, so they fitted well as a support act. Sadly they could not maintain the enthusiasm that hung around the venue when Striker was done and the crowd seemed to calm down a bit. People in the front row were active as ever with cheering the band on. But to me, they did not leave as much as an impression as Striker did. 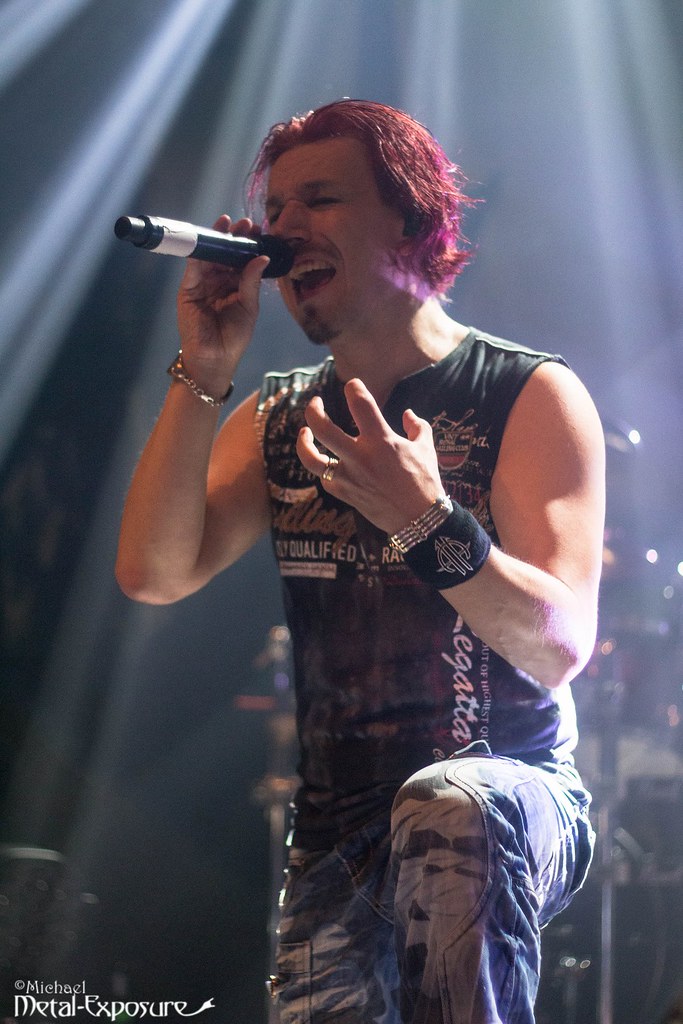 Now it was time for the main course of the evening, Sonata Arctica. People could call me biased about their shows, since they are my favourite band, but to be honest, they did disappoint me a little bit today. Just as the show started with an instrumental medley, I did feel some goose bumps, but they did not last for the whole show. The set list was nearly the same as half a year ago in Haarlem, with only a few minor changes.

See, I get how it gets more difficult for bands to make a set list as their repertoire grows. You can’t please all the fans and have to find a mix of old and new songs. Yet I do miss the little stories Tony used to tell during the show about the songs. I remember times where he was talking about a first car he bought, paying loans and it was probably made up, but it gave the show a little bit extra.
Still, the show was a lot of fun. With songs like Life, The Wolves Die Young and The Power of One, the set list was quite diverse and contained songs from different records. Obviously, most of the focus was still on The Ninth Hour and this time we did not have a choice in ballad. The full set list can be found here

If I could make a suggestion, it was to play the story type songs as a tour, thinking about the Caleb saga, Juliet, White Pearl, Black Oceans and Wildfire. But that is just my cup of tea. Hopefully we will be able to see Sonata Arctica back in the near future and it would be even better if the set list would be just a bit longer.