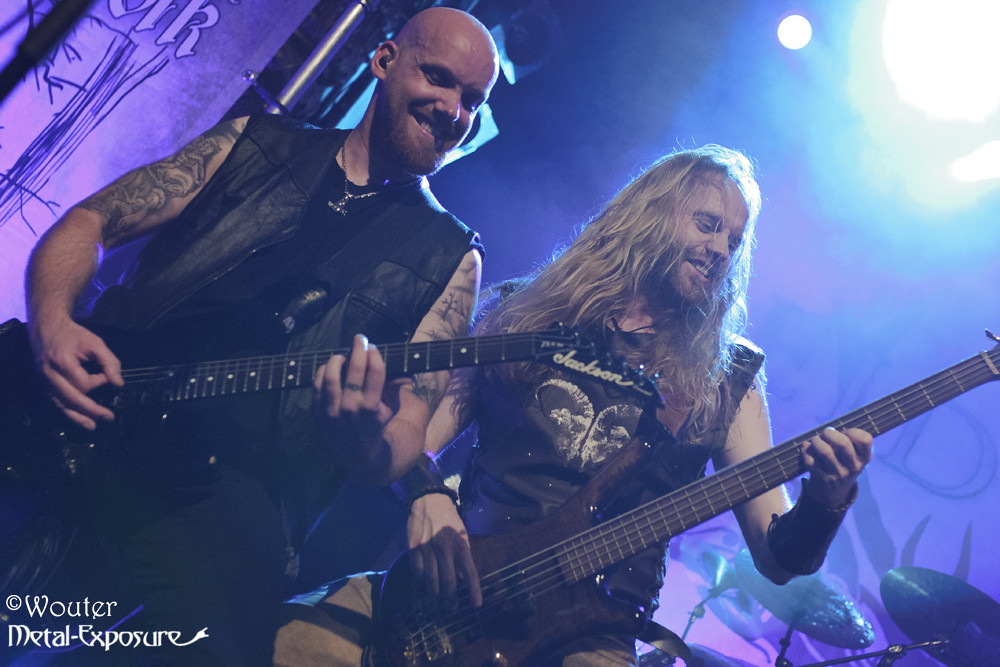 15 years ago, in the small town Arnhem, settled between the rivers, fields and vast forests of Gelderland, a couple of metal and beer loving maniacs decided to join their collective love for the surroundings, aggression and above all passion for music into a folk metal band: Heidevolk. Many cd’s, shows, tours and even a couple of members later, they decided to celebrate their illustrious history with a live DVD recording. Off course in the same town that brought forth the band to begin with: Arnhem. Metal Exposure couldn’t stay away from witnessing and documenting this show, which also happened to be just around the corner. 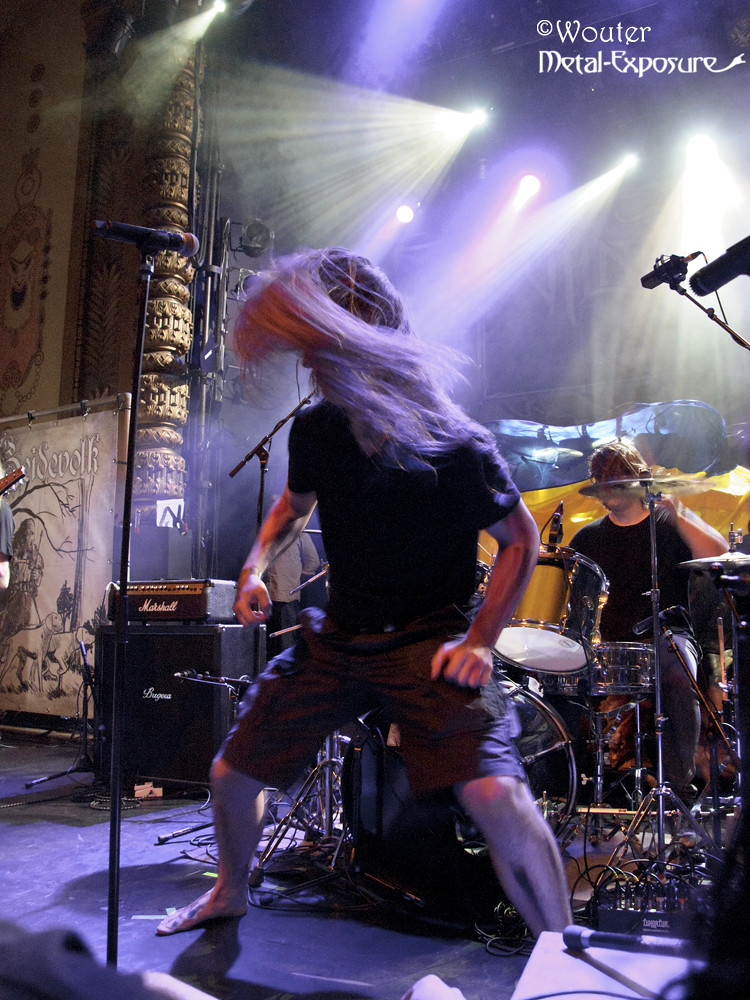 As with the release show of Velua (see cd review and show report) Heidevolk invited an up and coming Dutch band to open the show: Vanaheim. Originating from Tilburg, Vanaheim plays a mix of (by now classical and perhaps overused?) epic pagan metal. They deviate from the ever present reflex (as their name would suggest) into Norse and Germanic pagan mythology. Instead, they focus their song writing of their debut EP (The House Spirit) on a Slavic myth around Domovoi, a house spirit. Their music however, does follow pagan folk metal structures: galloping riffs, catchy sing-and-dance-alongs’ but also more darkened, heavy sections, as could be heard from the frontman’s voice. Arguably, he did his screaming best to lift the show which was in terms of hit-and-miss a bit of a miss. Maybe my personal taste for folk metal has somewhat lessened of late, perhaps the sound was off (it was); I couldn’t see or hear the quality reflected in the show which they do demonstrate on their EP.

Drummer and long lasting member Joost had the honour of bidding us welcome to the Heidevolk show and recording, asking us politely to have one hell of a beer fueled party while tearing the place apart. Not leaving much to chance of missing to inspire just that, the band started with album opener Winterwoede of their latest release, Velua. And, as said before, it is laudable to see them playing and conveying the ‘feeling’ of Heidevolk with such vigor while clearly enjoying themselves. The latter while many of band members have been changed over the last 4 years. Playing songs from all the albums, next up was Ostara, followed by Batavi’s Opstand der Bataven. If the mosh pit wasn’t already a friendly if sweaty gathering, Opstand made it a real maelstrom. A real treat was part upon which Jesse, a former member and co-founding father of Heidevolk, joined in for the acoustic performance part of the show, to sing along in Het Geldersch Volkslied. Of course, (collectively?) burping perfectly in tune to end Hulde Aan de Kastelein, also part of the acoustic intermezzo, made for a splendid reproduction of the studio version. 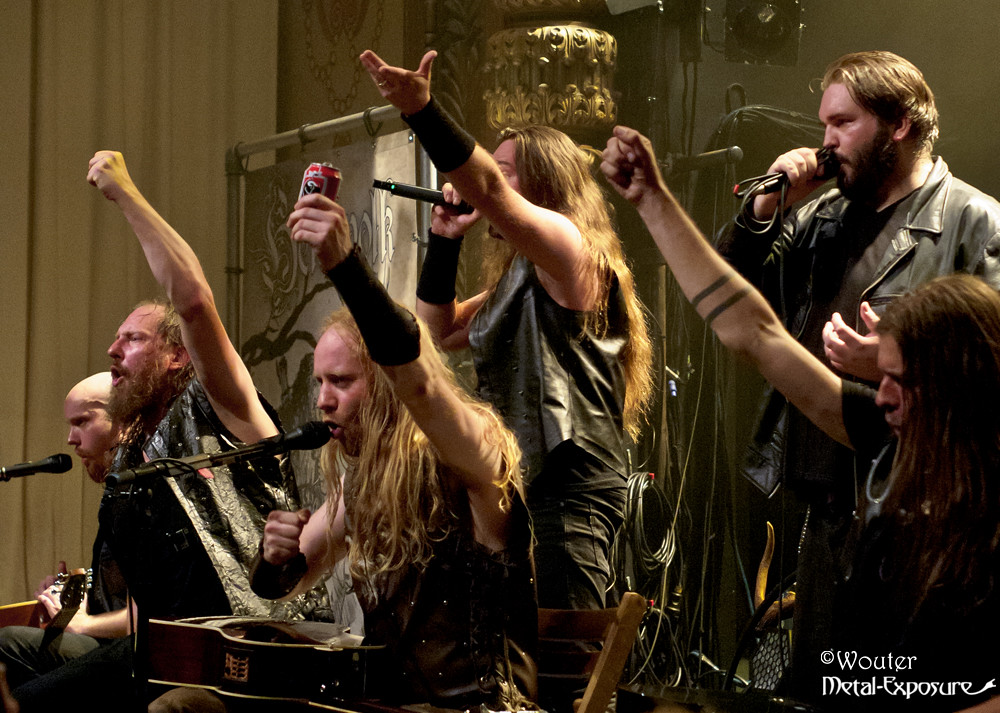 The audience couldn’t be stopped in their enthusiastic moshing and partying, not even by the fact that when two songs were played twice (!) for the sake of correct recording. So, even though Heidevolk was a bit hesitant and cornily humoristic about it, they also closed the show twice with Vulgaris Magistralis. This may be a tune we, by the time the DVD is released, will have heard before, but this afternoon was one hell of a show filled with music we have not seen or heard on DVD yet!