Words by Wouter B., images by Laetitia
“Hello, it’s Darkness, your old friend. How are you doing?”
“Bleak,” I respond, “too much daylight and (normal) people.”
“Head North and ye shall find shades of blackened hatred from South-East and North-West. Not too many people, I hear.”

And so it began, again… Off we headed to see perhaps one of the stranger combinations of darkness lined up to play at the Iduna in Drachten (NL): Gorgoroth, Melechesh, Earth Rot and INCITE. 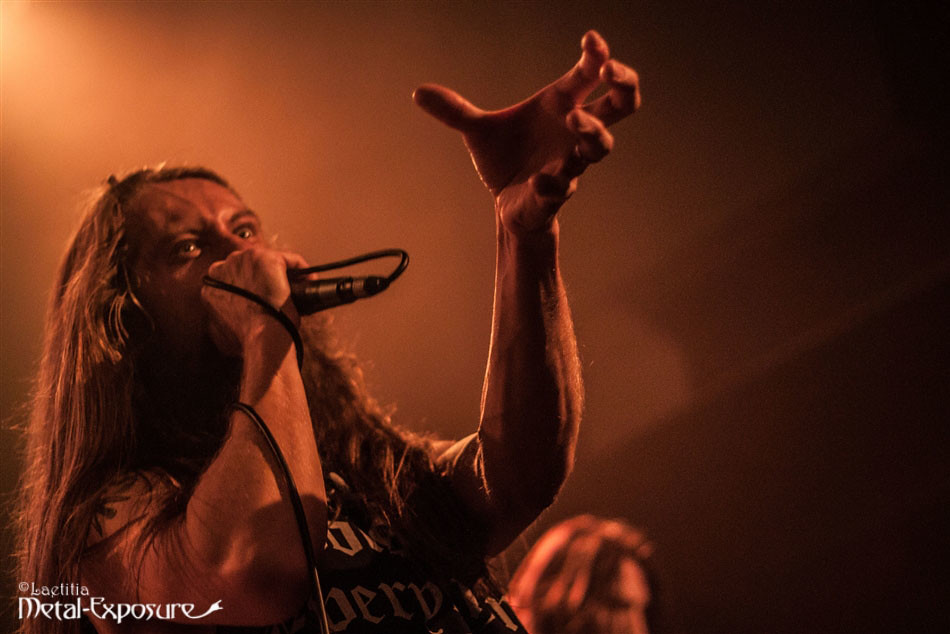 After a small road-trip – feeling like a warm-up session for the festival-summer to come – filled with bad humor and professional race driving, we arrived to catch the last bits of INCITE. This US based death-metal/core act showed a lot of energy on stage while playing. Although not typically my taste, as it felt like a (yet another) Pantera inspired entourage, they seemed to really enjoy themselves while playing their bass-heavy music. Their frontman Richie Cavalera (stepson of Max) seemed like an unstoppable ball of energy screaming and hopping around the stage. There was perhaps slight a lack of beer in the audience, as they didn’t get quite as enthusiastic in response. 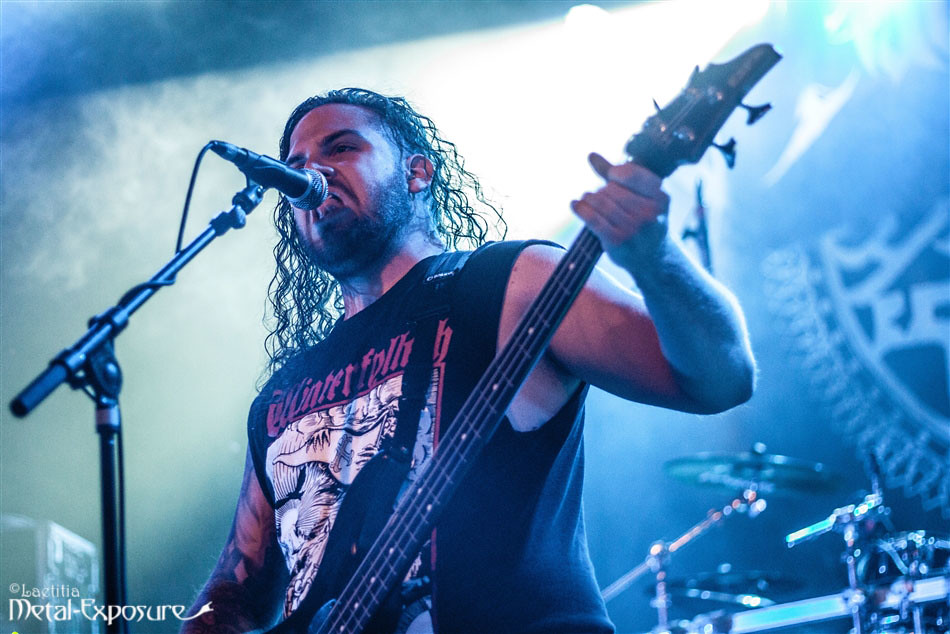 Next up was Australian Earth Rot – a darkened death metal combination. It took me some time to filter through the harsh vocals, but the technical dual guitar interplay and massive drum sections here and there 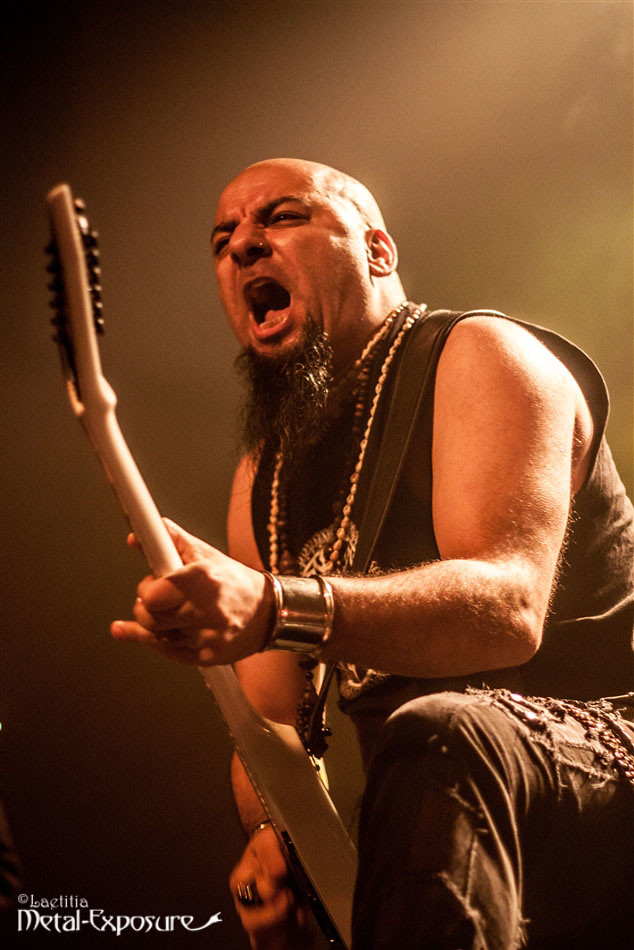 made for an initially interesting sound. The sound itself here was a bit off, as one of the guitars was only audible intermittently. Their music overall was a combination of hit-and-miss, as some parts really managed to get me in their groove, especially the laid-back but fast drumming. Other parts where not so much my cup of tea and ripped apart the aforementioned groove I was beginning to appreciate.

After a cold beer it was time for music from a hotter region than ours: Melechesh (Israël). Although I’ve seen them a couple of times, their intricate guitar riff/melodies and unusual bubbly and off-beat drumming make for a sound that doesn’t bore easily. And perhaps not their most enthusiastic show, they did manage to inspire a small moshpit and a lot of headbanging. Songs of Enki (2015), like Tempest Temper Enlil Enraged and so characteristic for their work, Multiple Truths were played, but also older work like Deluge of Delusional Dreams and closer to and neck breaker Rebirth of the Nemesis. 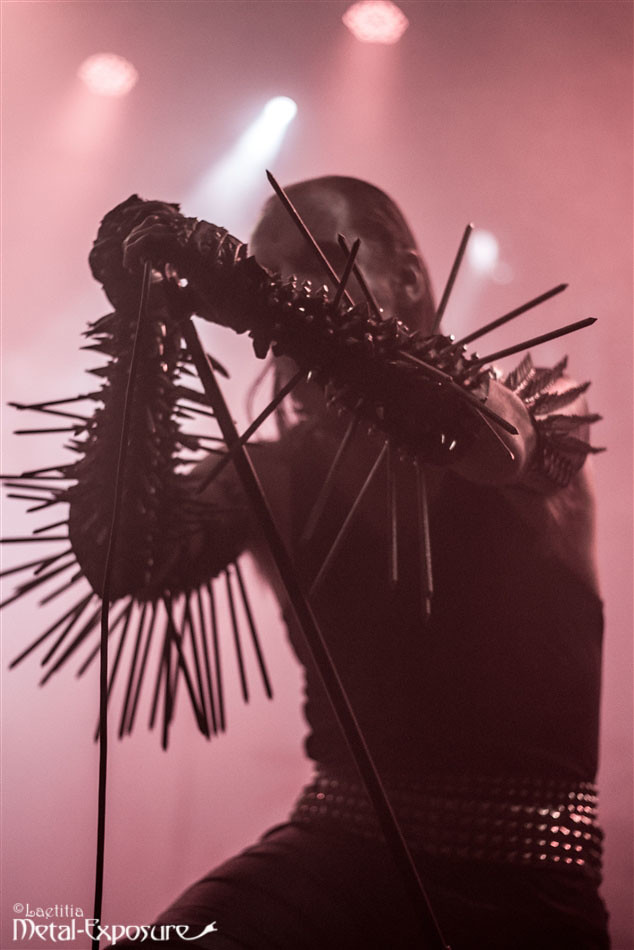 Time for some of the world’s best rolling riffs spewed forth by one of the more infamous black metal bands from the land of Trolls, fjords and way too expensive beer – Gorgoroth. Fronted live by Taake’s Hoest (replacing ex-member Gaahl and studio vocalist Atteringer) the show was guaranteed to be lively. And boy, whether it’s Taake or Gorgoroth, Hoest manages to infectively deliver his vocal work (which are of a dynamic and quality rivaled by few) like a true stage demon, unleashed from some Troll cave around Bergen. Off course, the riffing is of a quality that easily surpasses most bands, as can be expected from Scandinavian and more precisely, Norwegian black metal. Opener Bergtrollets Hevn immediately put the right feeling into the audience. Katharinas Bortgang, Forces of Satan’s Storms and of course Revelation of Doom where among my favorites of the setlist. The audience seemed to enjoy themselves as well, with a collective front of head banging blackness present directly in front of the stage. The set was long (around 1 hour) but awesome, and could have lasted longer for me. Unfortunately, as all things must end, so did this show, leaving us with a portion of much needed darkness and one last beer before we hit the road homewards.