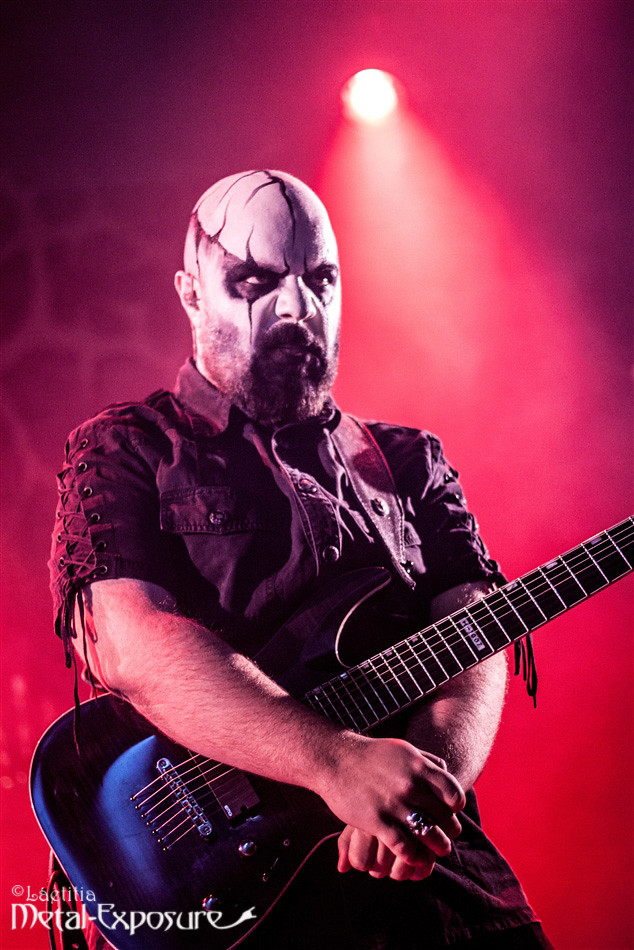 By Laetitia
Stepping into the life of the working class means that Monday night concerts are met with a bit of hesitation. Nevertheless, when a package like Fleshgod Apocalypse, Carach Angren and Nightland comes along, the doubts are pushed aside. That’s what many Dutchies must have thought, since the venue today was completely sold out (perhaps partially to thank for Carach Angren’s recent dealings with a Dutch, christian political party).

The Italians of Nightland had the honors of opening the evenings festivities. In style they do not differ much from their fellow countrymen Fleshgod Apocalypse, albeit less focus on the symphonics and more emphasis on death metal. At first, only singer Ludovico Cioffi, dressed in a brown, Roman-like armor, seemed to be in his element on stage. From the first minute on, he started growling and headbanging (with his very long hair) energetically to the blast beats. 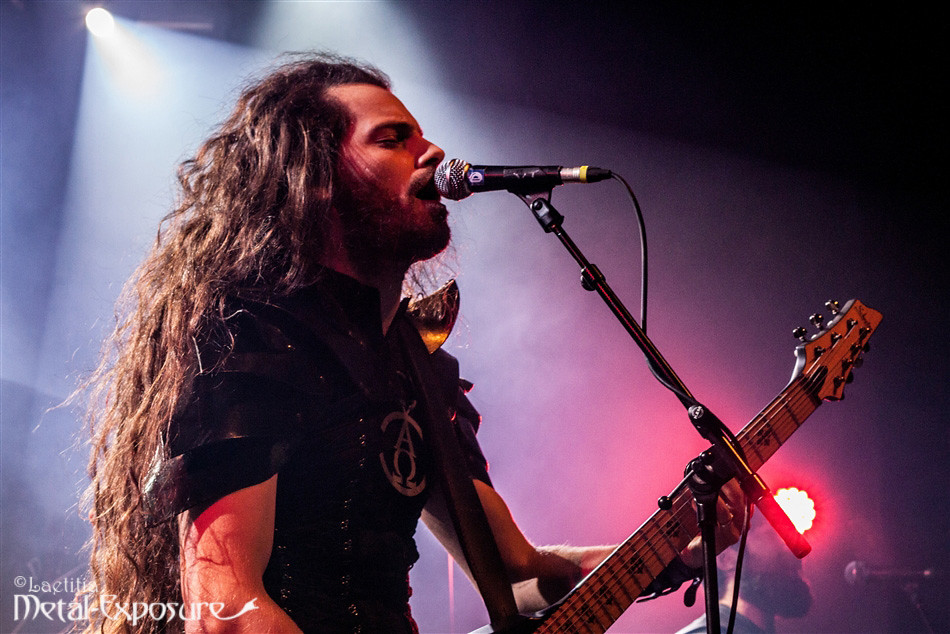 Both the fellow musicians and the crowd needed a bit more warming up, but after about 20 minutes, most (metal) heads were nodding along to the groove and the entire band appeared to be more comfortable, judging by the more confident moves and smiles on the faces of the other musicians. It’s a shame that Nightland only had 30 minutes to play, because with a little more time the Italians would have managed to get the crowd really moving. Nevertheless, even with such a short set, I’m pretty sure the Italians gained some fans and who knows, maybe one day they’ll follow in the footsteps of their big brothers of Fleshgod Apocalypse. 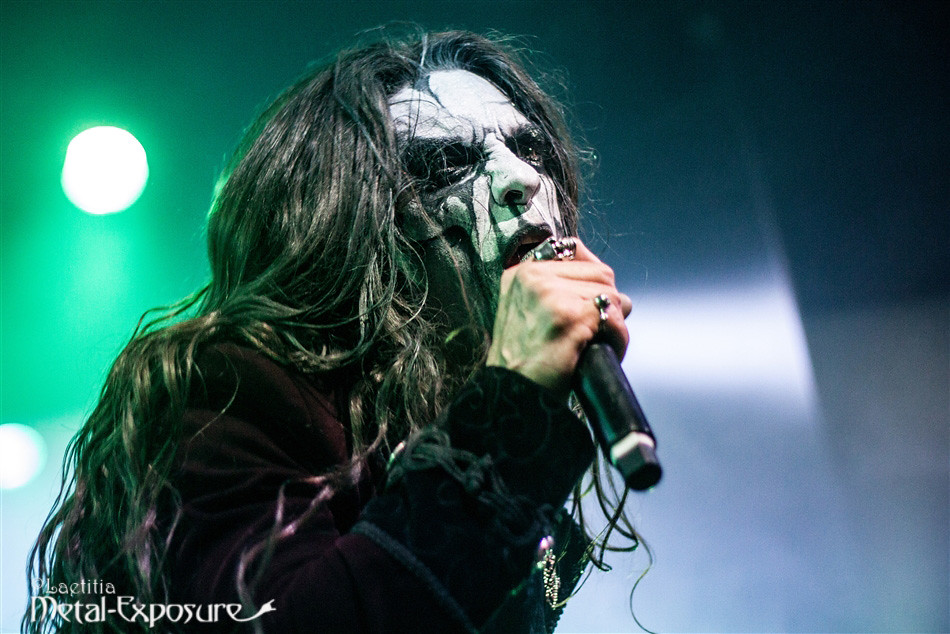 One of the last times I saw a performance of Dutch horror masters Carach Angren was at the end of 2015, at Lucky Rocks Metalfest. Back then I wrote that Carach Angren (..) have perfected their performance (among other praise). Never did I figure that they would actually top it, until today. While performance wise, not much has changed (a cold gaze of any Carach Angrian could easily give anyone in the audience the chills, let alone the near psychotic movements of vocalist Seregor) and the musicians are still on top of their game, it was the combination of that, the stage props and the enthusiastic response of the crowd that gave the concert epic proportions. 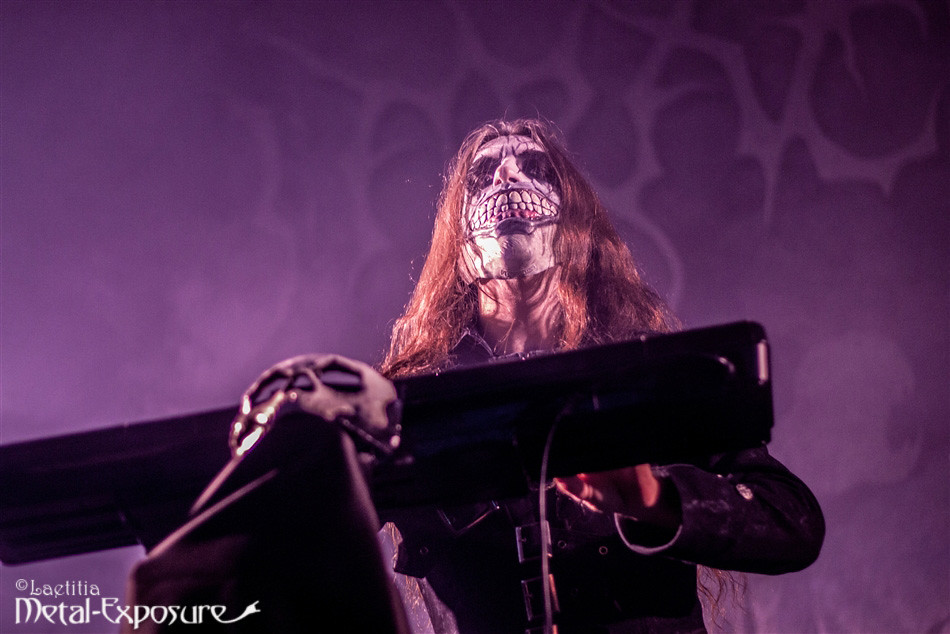 Under the grim stares of the band members, the people on the first rows were shouting along to each song and immersing themselves in the lyrics, from There’s No Place Like Home, to Bitte Tötet Mich, Bloodstains On the Captains Log and a large wall of death on The Carriage Wheel Murder (I didn’t expect that on a Monday night!). On the bands’ part nothing was spared to make this a show, just as an example Ardek’s fascinating synthesizer, which moved as eerily as a ghost (is it a pedal or is it a button?), to the scythe as microphone standard and Seregor gulping from a ‘wodka’ bottle and a lot more. With the headliner yet to come, Carach Angren raised the bar very, very high. 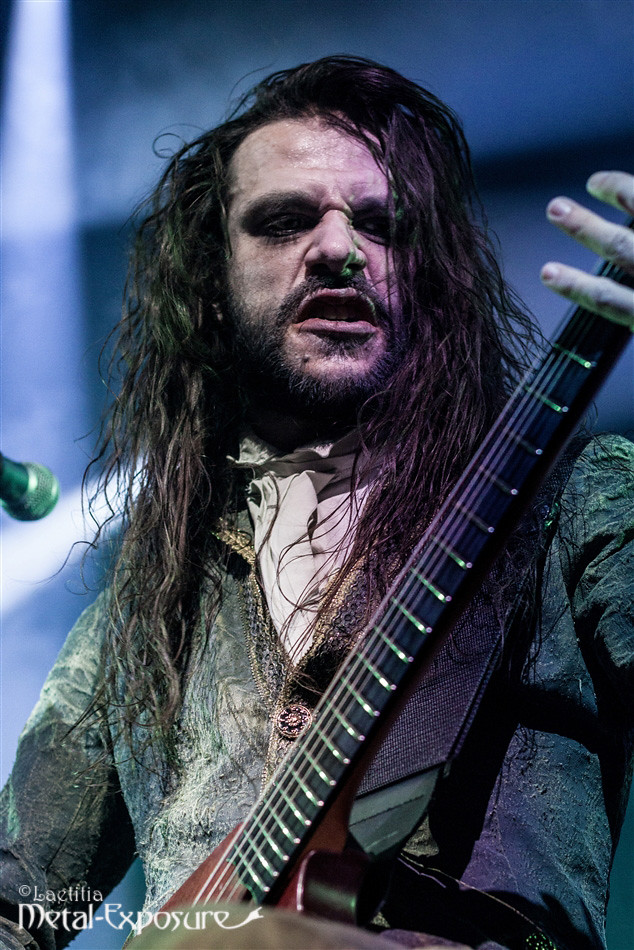 Headliner of the tour were the violent symphonic metallers of Fleshgod Apocalypse. At first I feared that after Carach Angren, the venue might have emptied a little, but the combination of these two bands proved to be perfect and none ended up leaving. Having only seen the Italian powerhouse at festivals, I was excited to visit a club show, as the sound at festivals often fails to convey the layers and fullness of Fleshgod Apocalypse’s tracks.

Today’s sound was definitely better, but until today I remain convinced that the music just isn’t the most suitable 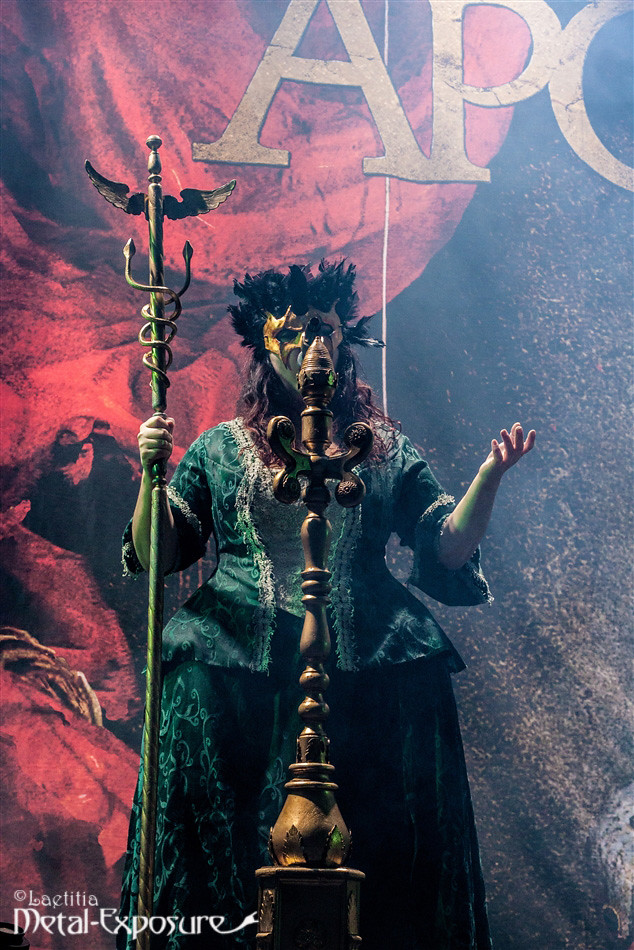 for live performances. Fleshgod Apocalypse brings across their metal elements convincingly and like maestro’s. It’s the symphonic violence that seems to suffer from being played from a tape and stuffed in a mix. Nevertheless, it was a good concert for everyone to head bang to, with tunes like The Fool, Pathfinder and The Violation and it was once again sealed with an immense wall of death. All in all, shows like these make it worth the while to come out on a Monday night, even if it means a hangover the next day or bruises you have to hide from your colleagues after your mosh pit adventure.