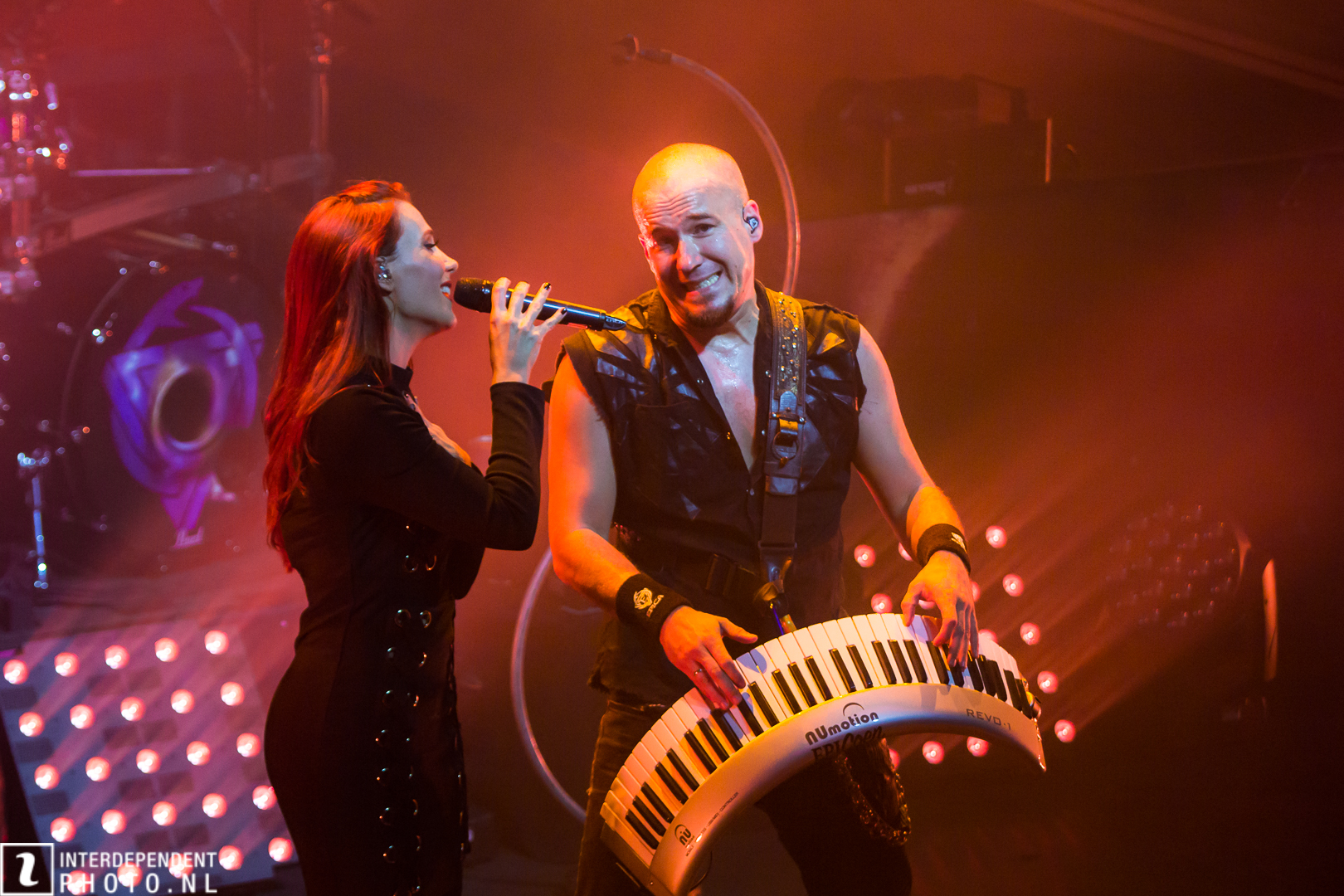 Words by Laetitia, pictures by the courtesy of Ton Dekkers from Interdependentphoto.nl

Tonight marked an evening with a first love. No, not a reunion with a handsome, long-haired metal man, but a visit to a show of one of the bands in my ‘metal start-up package’. Stepping into metal, Dutch symphonic metallers Epica have functioned as a guide of sorts. Now – an X amount of years I will not write down – later, I annually (or so) find myself going to one of the band’s shows, maybe just for the sake of hearing ‘Sensorium‘, ‘Cry For The Moon‘, ‘Consign To Oblivion‘ and other golden oldies again. As a bonus, symphonic super group MaYan and proggy/alternative metallers My Propane would support Epica this Sunday evening. 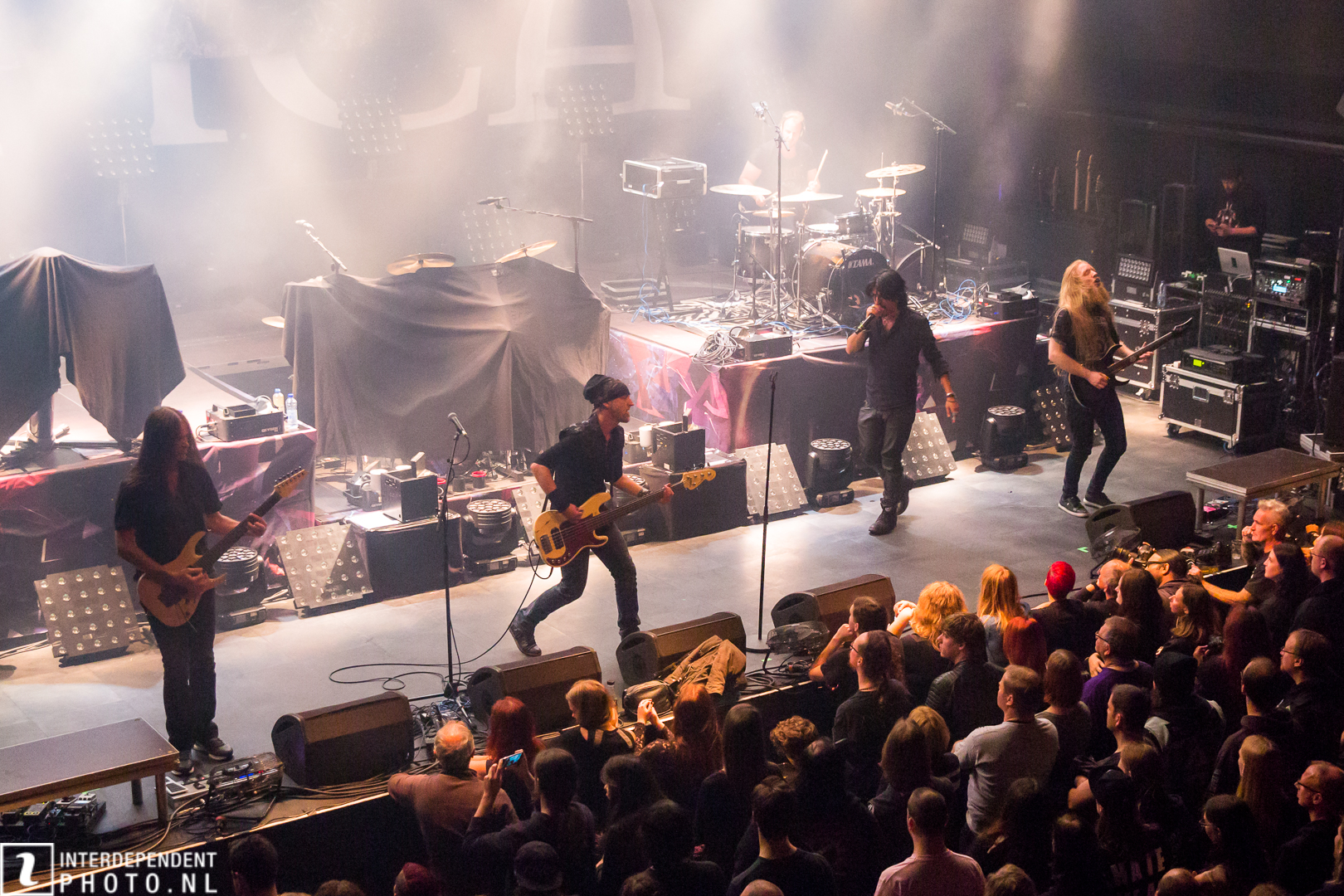 Alternative metal band My Propane is not a newcomer to the stage, but also not a band that you find there often. Quite a large crowd had already gathered in the venue Doornroosje to witness their opening gig today. The same goes for yours truly, who only knew the band by name and who was curious about what was to come. If anything, My Propane’s tunes are the kind that you have to get in to and I’d rather classify them as progressive (yes, labels!) . One uncommon drum groove (mind you, not bad) and a welcoming word on how tonight’s line-up formed an incestuous metal family later, the adjusting phase was done. Despite My Propane’s intricate song structures, once their infectious groove has caught on, it won’t let you go anymore. The alternation between clean vocals and piercing screams of singer Valerio Recenti could have been a bit more extreme for my taste, since hey, these days I just take my coffe.. ehh.. metal a bit more (s)creamier.

Symphonic metal formation MaYan is quite something to behold. Not because of the ‘super group line-up’ (I could go name dropping, but if you are reading this review, you probably already know damn well) but because of the sheer size of the band and the maelstrom of activity on stage. Once you’ve adjusted to veteran harsh vocalist George Oosthoek and clean singer Henning Basse running tho and fro, the 4+ musicians and background singers, guest vocalist Mark Jansen appears to join in for a song or two (including ‘Human Sacrifice‘). Leaving aside my overwhelmed state of being, the fact is that one can notice that every performer in MaYan is a top notch musician. Whether that is the hauntingly beautiful classical duet between Marcela Bovio and Laura Macri, the interaction between musicians and singers or the skill with which all of the songs were played. So all in all, MaYan certainly gave an impressive performance, even if it felt a bit too theatrical for me. 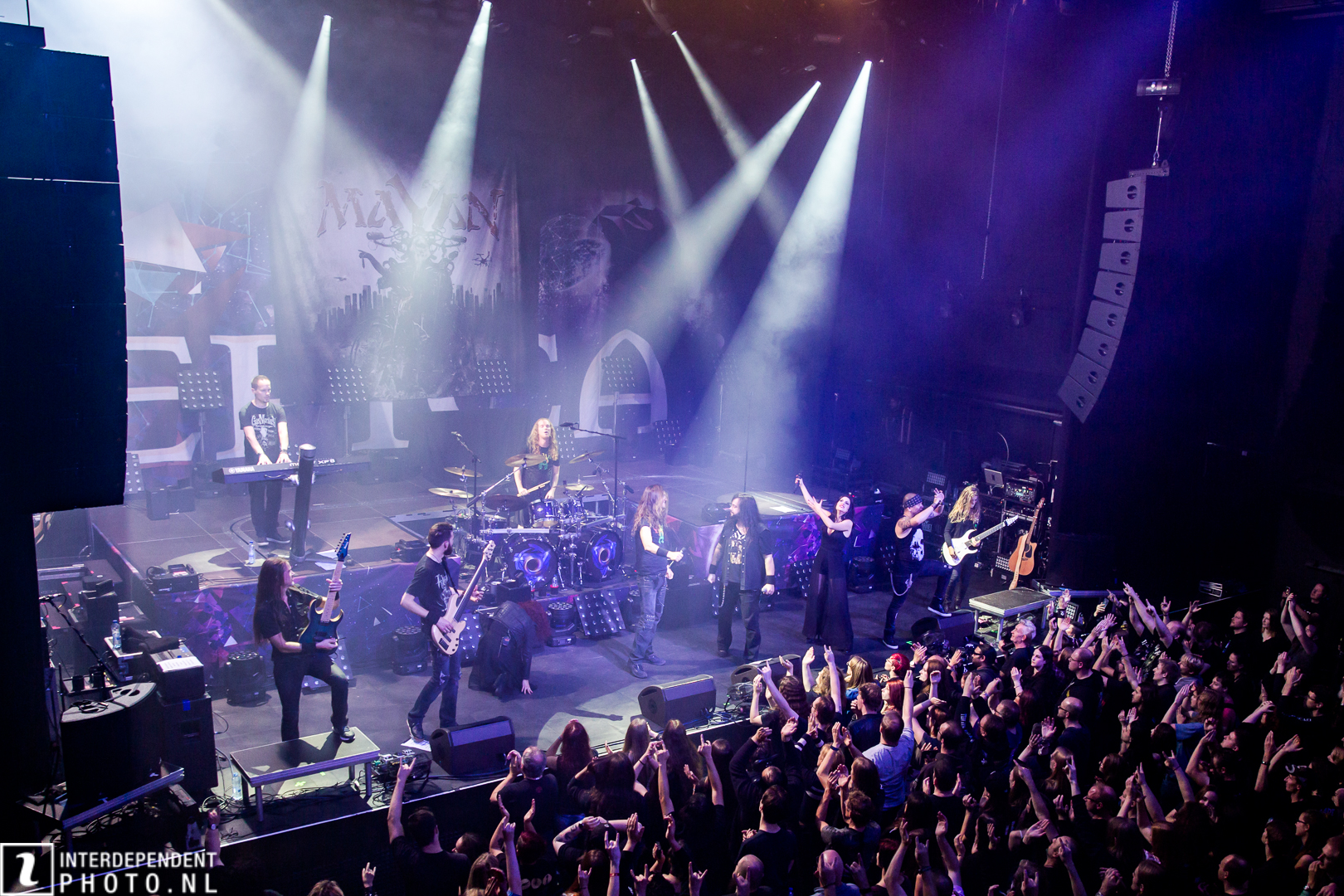 Unfortunately for the Dutch fans, Epica has outgrown the time of playing a Dutch club show every weekend and so this weekender of three Dutch gigs in a row, was something quite unique. With two evenings already sold-out and today nearly sold-out, you could see it was about time as well. The band took its place on the stage while being received by loud cheering and kicked off the set with ‘Edge Of The Blade‘ and ‘Sensorium‘, at when hearing that joyous piano intro, it is hard to suppress a smile. Only a few days ago, Epica released a new EP with the track ‘Fight Your Demons‘, which followed next. The setlist reflected the band’s discography well, with songs taken off nearly all the records, like the tracks ‘Cry For The Moon‘, ‘Dancing In A Hurricane‘ and ‘Victims Of Contingency‘. CFTM marked the end of the official set and entertainer/synth player Coen Janssen returned to the stage to make some jokes at the expense of his Belgian colleague-guitarist Isaac Delahaye and to get the crowd shouting for more. 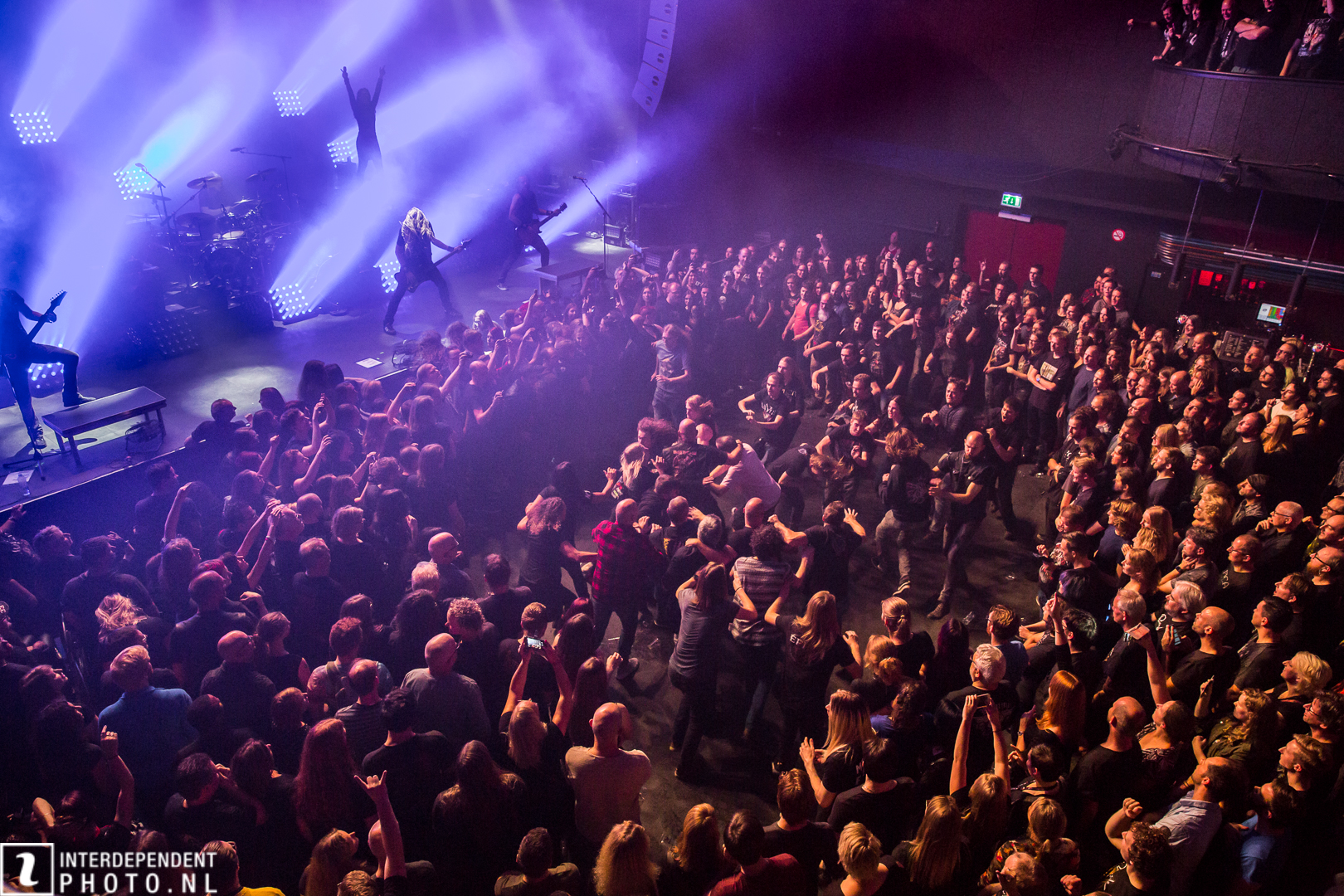 Epica appears to have never lost the appetite or pleasure in playing live, which could be seen by the playful interaction with each other and the crowd. So when the musicians asked for a mosh pit and wall of death, the fans would eagerly go along with it. During ‘Sancta Terra’ Simone was joined by Marcela Bovio and Laura Macri and the variations in these three classically trained vocals enhanced the song magnificently. During the insanely catchy ‘Beyond the Matrix,’ the audience made Doornroosje tremble while jumping up and down. The gig came to an end with with, how can it be anything else,’Consign To Oblivion,’ (don’t stop playing that one, ever, thanks). The past weekend showed that Epica is still more than warmly welcomed in their own country and let’s hope the band will respond to that open invitation more often.