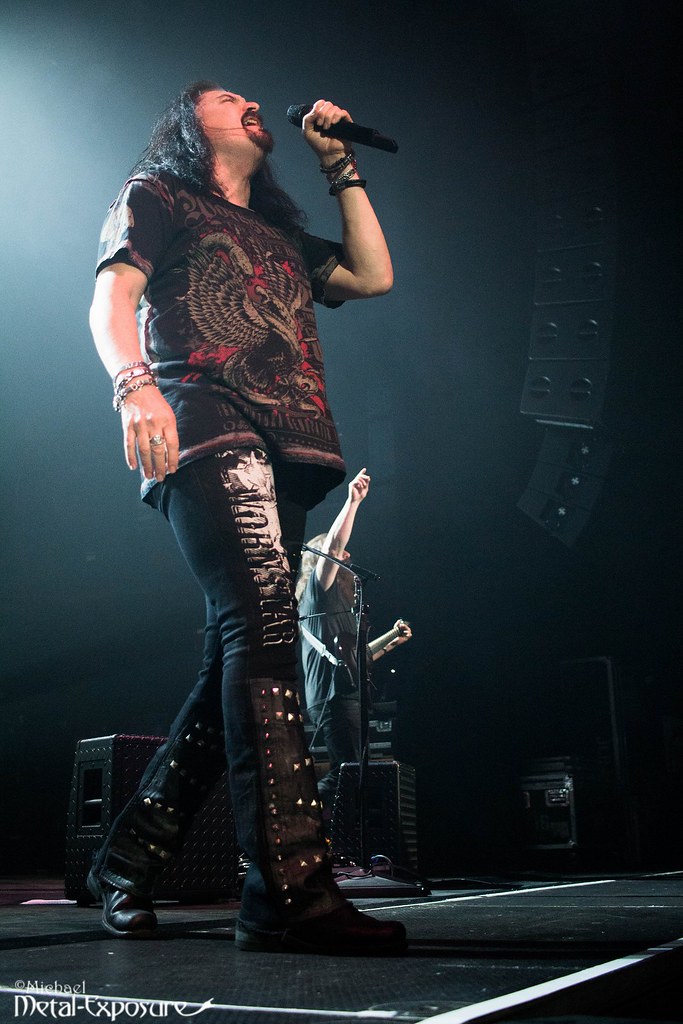 Words and images by Michael Brookhuis
For the second time within a short period, Dream Theater has arrived in The Netherlands. Initially, this second show of the 25th Images, Words and Beyond tour, would happen in Amsterdam. Because of logistical reasons, the show had to be moved to the venue 013 in Tilburg, the same venue they attended a couple of months ago as well. For some fans this came as a bit of a downer. Moving the concert to Tilbug meant they had to travel quite a bit again. Then again, the show without a support act would last about two and a half hours, so it would be well worth it.

During the first act of the show, Dream Theater presented the crowd with a variety of songs of their impressive catalog. It must be hard to compile a set list with so many songs to chose from and sadly, some of my favorites were not played. Still, With songs as “The Dark Eternal Night”, “Hell’s Kitchen”, “The Gift of Music” and “As I Am”, a lot of era’s were still covered. For me, it felt like the show really kicked off during “As I Am”. The band seemed to be a bit more active and the crowd reacted to that as well. Sadly, the venue was not sold out, maybe because it wasn’t that long ago since Dream Theater was in The Netherlands. The funny part was that it seemed as if the ice needed to be broken and the band did this by playing a little bit of Metallica’s “Enter Sandman“, at the end of the song (which they have done at every show of this tour, so it’s not a one time thing). 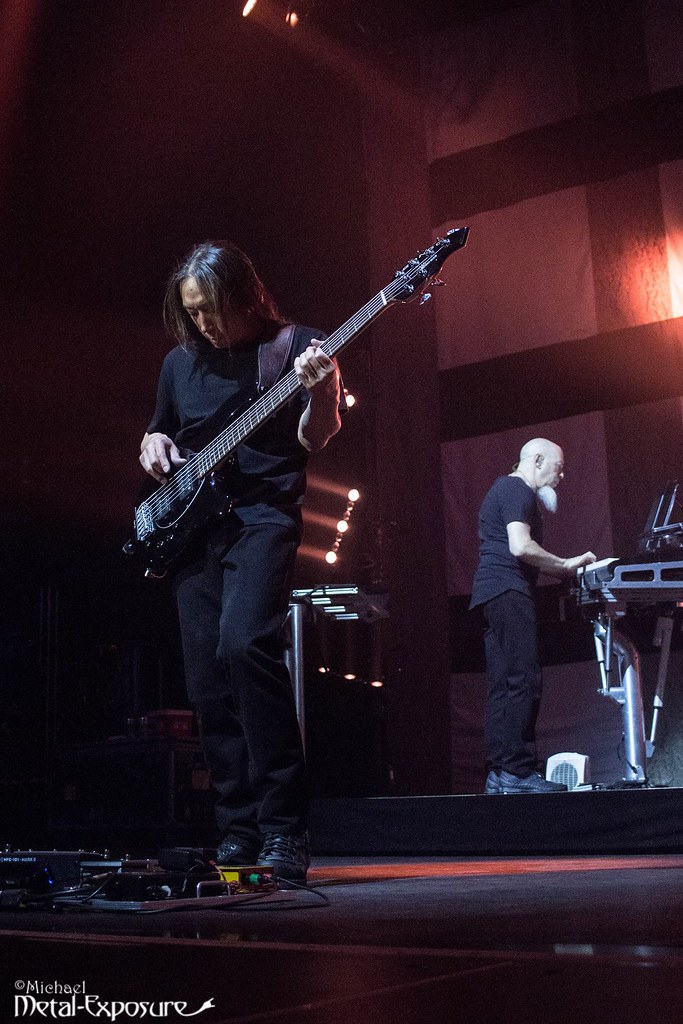 Bass player John Myung gave us an impressive solo in the form of his ode to Jaco Pastorius. I always have a deep respect for bass players who only use their fingers and with his portrayal of “Portrait of Tracy” he put a lot of feeling into his playing style.

After a twenty minute intermezzo, the main course of the evening was presented. A tape with songs from the release era of “Images and Words” was played. Songs from Pearl Jam, Metallica and others. No wonder it wasn’t easy for Dream Theater to make a difference back then. In between the songs, James explained how the label was hard to impress and how they caught their big break when “Pull me Under” was finally aired on College Radio. The songs was so much in demand, that national radio picked it up and from there, everything started happening fast. If it didn’t happen then, maybe Dream Theater would have never played on this stage. In between the songs, the band gave us some fun anecdotes about the early years. For example how they had rehearsals in a meat store, a singer from Greece who brought his family to the auditions and a big Viking like guy who was hit by a guitar in a hair salon and loved the brutality of it all. In the end, James his audition tape was leagues above the other ones. 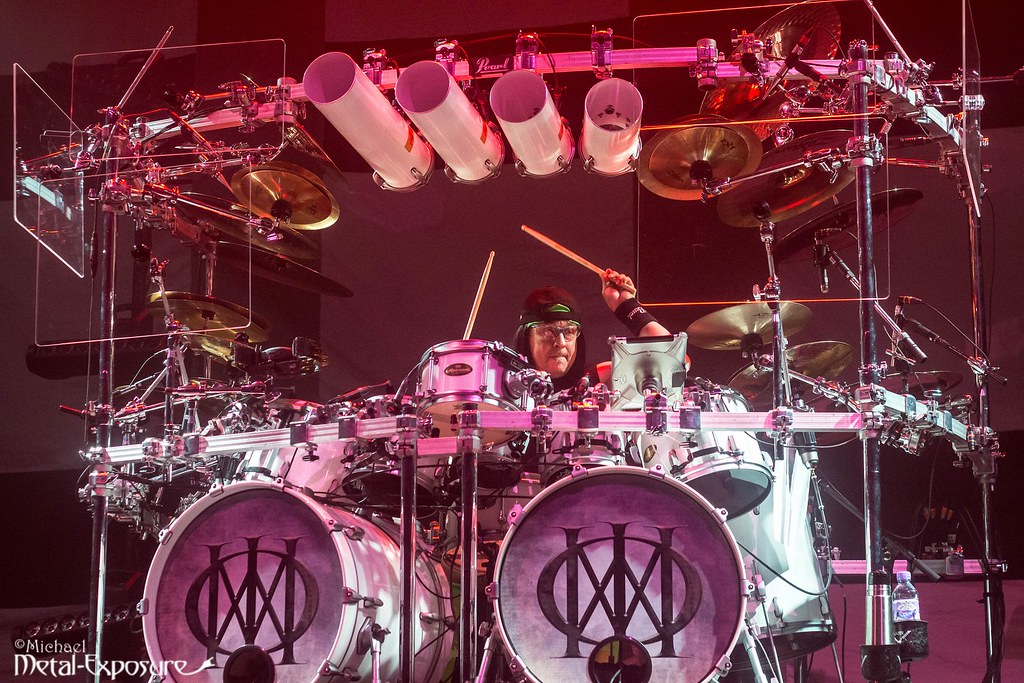 A minor setback for me was during “Metropolis Pt1“. Halfway through the song, it was drummer Mike Mangini who could put up an impressive drum solo. Even though the solo was very good, it pulled me out of the song and the album, since I thought it did not really fit into it all. Maybe it would have been better if the drum solo would have happened in between songs, so it could have been a stand alone moment. 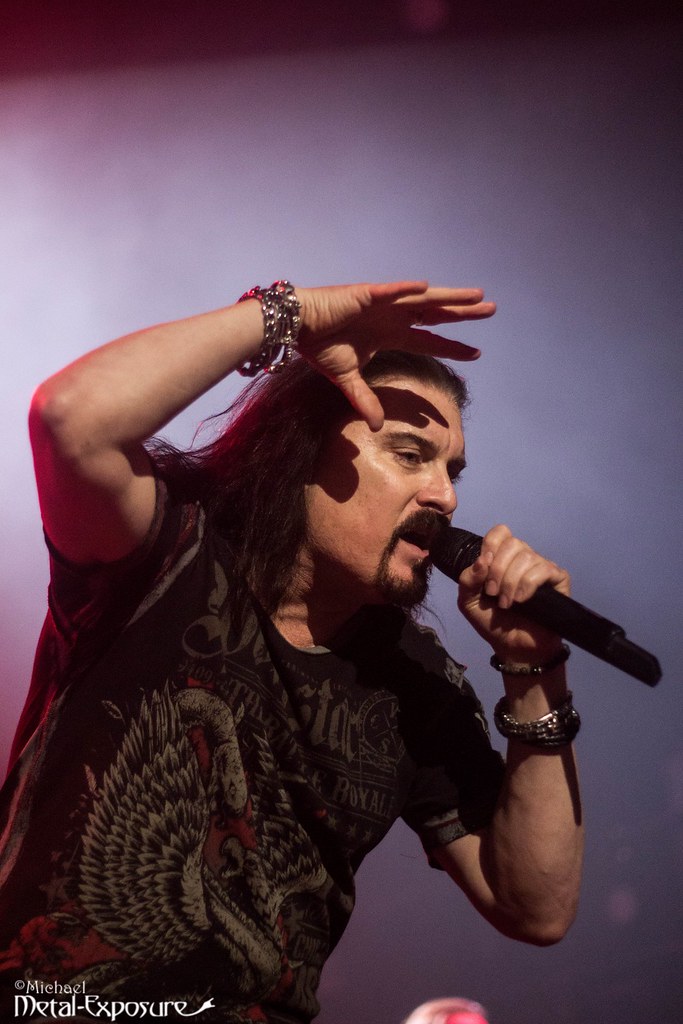 A lot of people complain about James LaBrie’s voice, but tonight he did a great job. Sometimes he did not dare to go into the long high notes and chose a safer ground, but I can’t judge him on that. After another anecdote, the band spoiled that there would be another encore after Images and Words. “Wait for Sleep” got an extended keyboard outro and was performed with a lot of feeling and awesome to witness. As if there were not already enough songs played, as an encore, fans got to hear “A Change of Seasons”. After this almost thirty minute lasting encore, Dream Theater got a standing ovation from the crowded 013. The fans got their moneys worth with an impressive two and a half hour show, which not a lot of bands do nowadays. If you still have a chance to see this show in a venue near you, don’t miss out on it, since you will regret it!

The full setlist can be found here.