What better way than to end a week filled with concerts, with one last gig? This Sunday evening we headed over to the town of Apeldoorn (NL), where Belphegor, Enthroned, Svart Crown, Nervechaos and Antropomorphia would set the night sky ablaze with blasphemous songs and satanic chants.

The first band we managed to see was NerveChaos from Brazil. Unfortunately for them, there were at most 50 people present at that moment, of which just eight in front of the stage when they started playing. The low amount of visitors was painfully obvious during the entire evening. The musicians didn’t let it affect their performance and they acted as if they played for a larger crowd, trying to get them excited and moving. The death metal of the Brazilians sounded quite typical for the genre and although it wasn’t bad, I can’t say I was much convinced either.

Next up where the French black metallers from Svart Crown. Having seen them on a previous occasion and remembering it being worth the while, yours truly was looking forward to this performance. After playing the first minutes in full darkness (did someone forget to turn on the lights?), the French took no hostages. Filled with energy and activity, the black metal formation fired away one song after another. The crowd had barely grown in the meantime, but the metalheads present, made their presence count by swinging their long hairs around and cheering. Definitely the band of the evening for me. 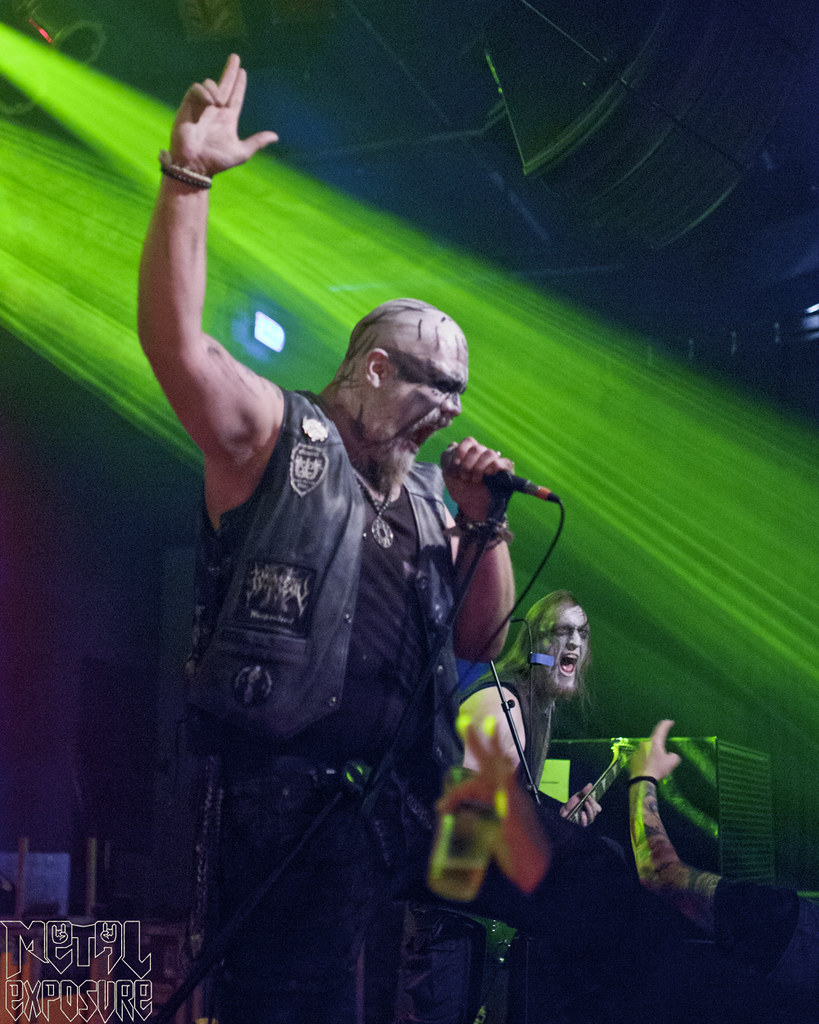 The Belgian old school black metal band Enthroned was ready to plunge the venue in to an all surrounding darkness. The band served the audience with vile songs, filled with pure hatred. The musicians came across a bit stiff at first, but later on the hellish tracks intensified the atmosphere. The evil grimaces made some room for interaction with the crowd and a small jump/mosh pit sprung into being. For me personally they did not leave a similar impression as Svart Crown, but everyone clearly enjoyed hearing authentic OSBM-riffing.

Austrian black metal band Belphegor has just released a new record called ‘Totenritual‘ on Nuclear Blast. Belphegor has toured extensively over their entire career and that is something you recognize in the show. The stage was filled with inverted crosses, (goat) bones and musicians smeared in blood. Founder Helmuth’s cold gazes into the audience complement the satanic decorations and his gurgling vocals are a force to be recognized. Personal favorite ‘Hell’s Ambassador‘ was played, as well as classic ‘Conjuring The Dead‘ and not to forget new material from Totenritual like ‘Totenbeschwörer‘. 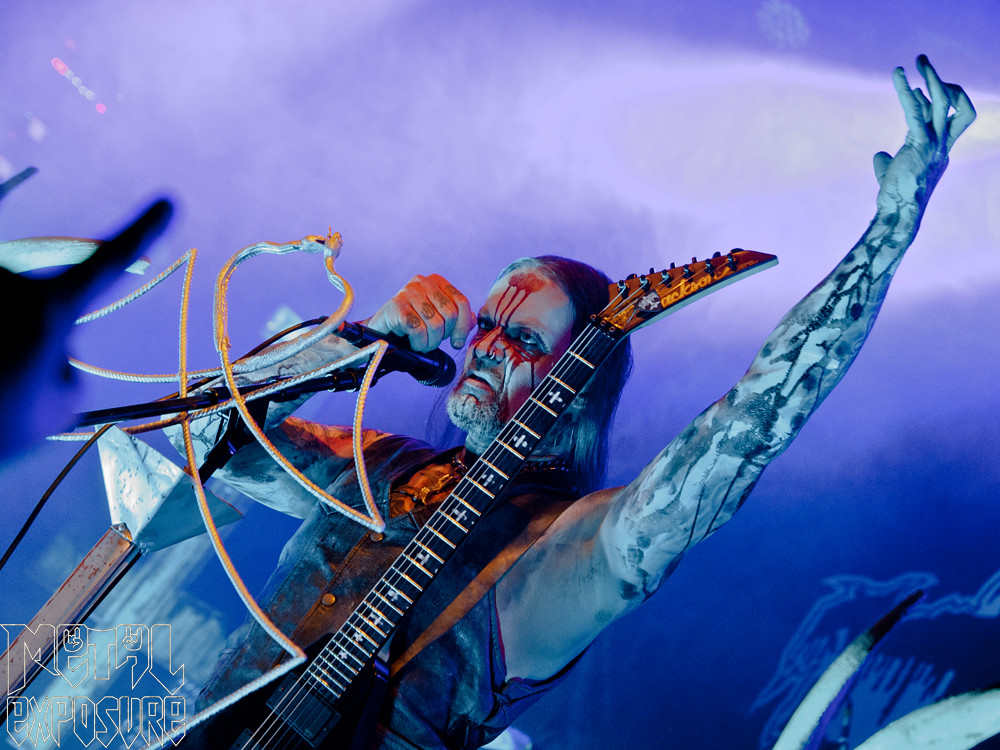 All in all, the performances of the bands this evening made it worth skipping the Sunday night on the couch. However, the venue Gigant came off looking a bit careless. There were several points that made it seemed like the venue had no interest in delivering a serious production this evening: from the low turn out to a very, very sticky floor (if you didn’t move every once in a while, your shoe would have been glued to the floor and it would have stayed there). It is the first time that this happened while I visited this venue, so lets hope it was a one time experience.

Words by Laetitia, Pictures by Wouter B.