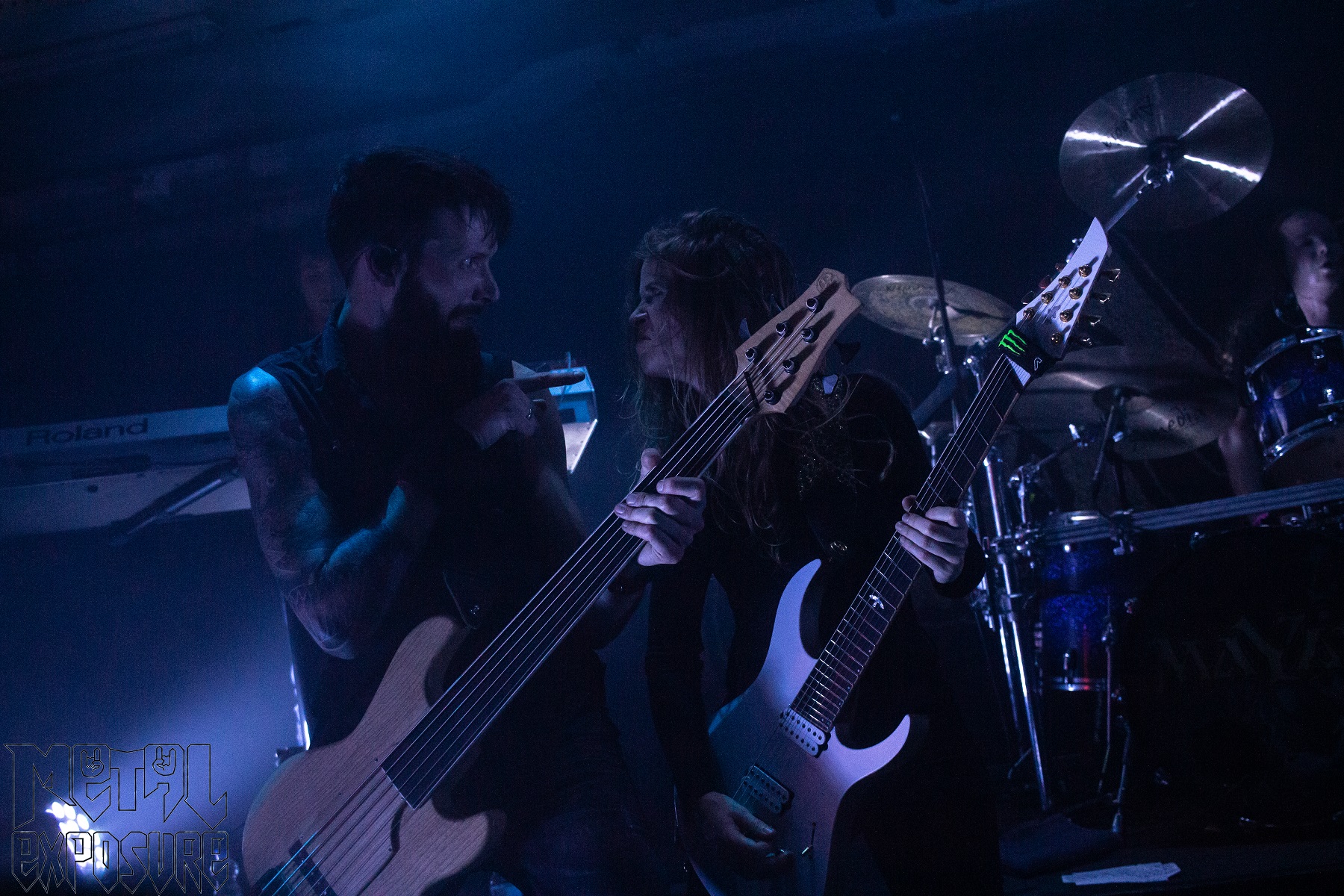 It must have been quite a change of scenery. One moment you are on a big ship sailing the ocean in the Caribbean, the next you are playing in front of a much smaller crowd in cold Leeuwarden. That doesn’t matter though, because MaYaN made sure that the temperature rose to intense heights. 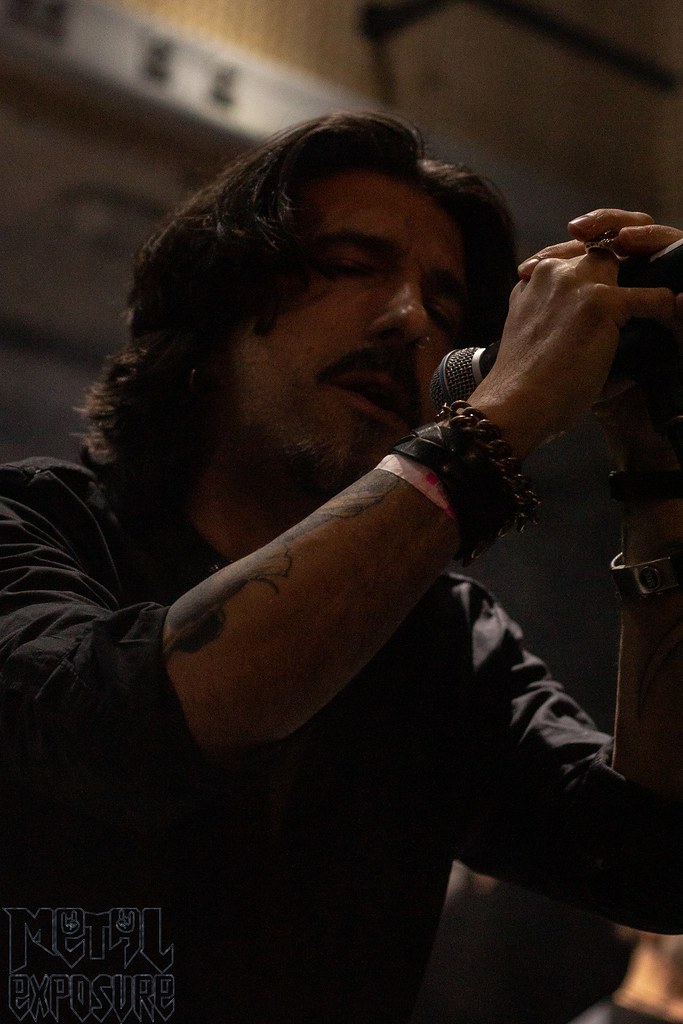 Before MaYaN were called upon the stage, it was the likes of My Propane who got a shot at entertaining the crowd. They have a new record out, named “Antidote” and obviously played some tracks from that one.
It was clear that most of the audience have not heard much of My Propane before and the band had some difficulties getting the crowd warmed up. This was not due to a lack of enthusiasm of the band themselves. Little side note, they had a set list which had a cute cat on it, which kind of fits the song “A dog is a dog is a dog”.

Near the end of the show, the venue was getting more and more crowded and the band was able to leave the stage while getting a small applause.

Serious contender for the “how packed can we get the stage” is MaYaN. A few times, we counted eleven performers on stage. This included a guest performance by Elianne Anemaat on cello. MaYaN had prepared a special show for everyone in Leeuwarden, by cutting the set in two. Yet, they did not perform two short sets, no, they had two full length sets. One containing MaYaN songs, the other filled with songs from Stream of Passion, Epica, God Dethroned, Orphanage and After Forever. All band members from Mayan have a past (or are currently) in another band and they decided, why not let the crowd hear some of these songs. 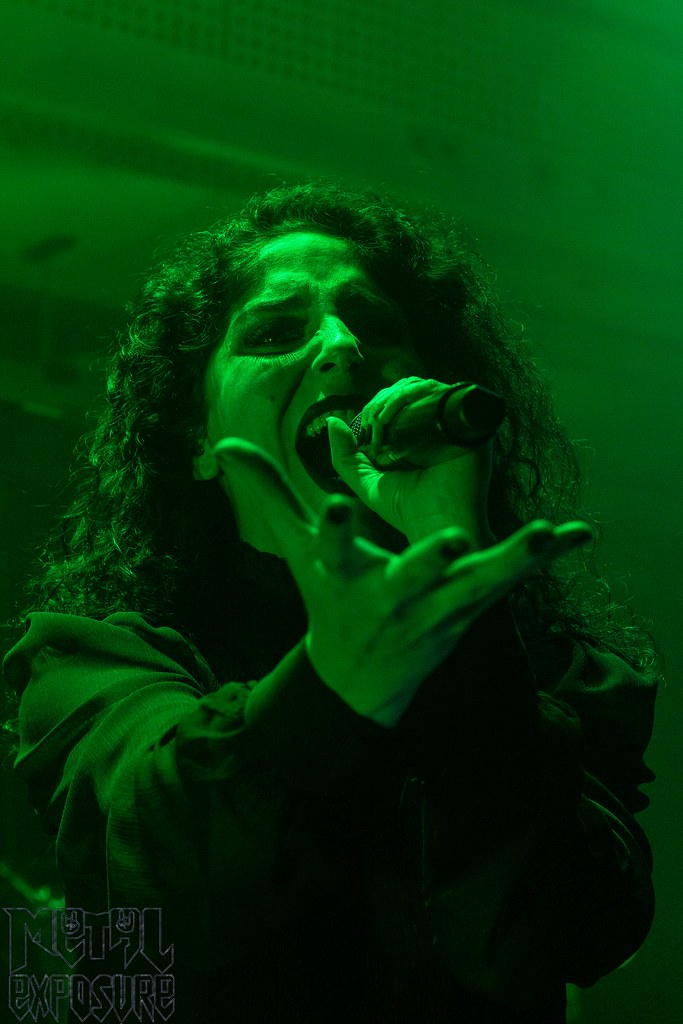 But first, we got treated to a fast paced, full set of MaYaN songs. In september they released their most recent record “Dhyana”. A whopping seven tracks from that album were played. I don’t know what it was, but there was this special atmosphere during the show. This was clear to see at the band members, who were performing with big smiles, but also in the crowd. Everybody seemed ecstatic and the feeling in the air was thrilling and vibrant.

For me, the second set was even more impressive. Hearing songs that haven’t been performed live in a while is something special. I’ve seen my fair share of Epica and Stream of Passion concerts, so it was a trip down memory lane. Laura and Marcela did a fantastic job and for this show, we had another Macri performing on stage. Behind the keys, we saw Roberto Macri, who substituted for Jack Driessen. Apparently, Driessen will not be performing during live shows with MaYaN.

After the show, I had a chance to speak with Mark and Adam, who both felt like this was one hell of a special concert. Obviously they have just been on the 70.000 Tons of Metal cruise (and there were some fellow American cruise members present) which was a cool event. But to both of them, this show in Leeuwarden was one with a unique atmosphere and vibe. I think I can speak for everyone present that this indeed was the case. A special concert which will stay in everybody’s mind for a long time.