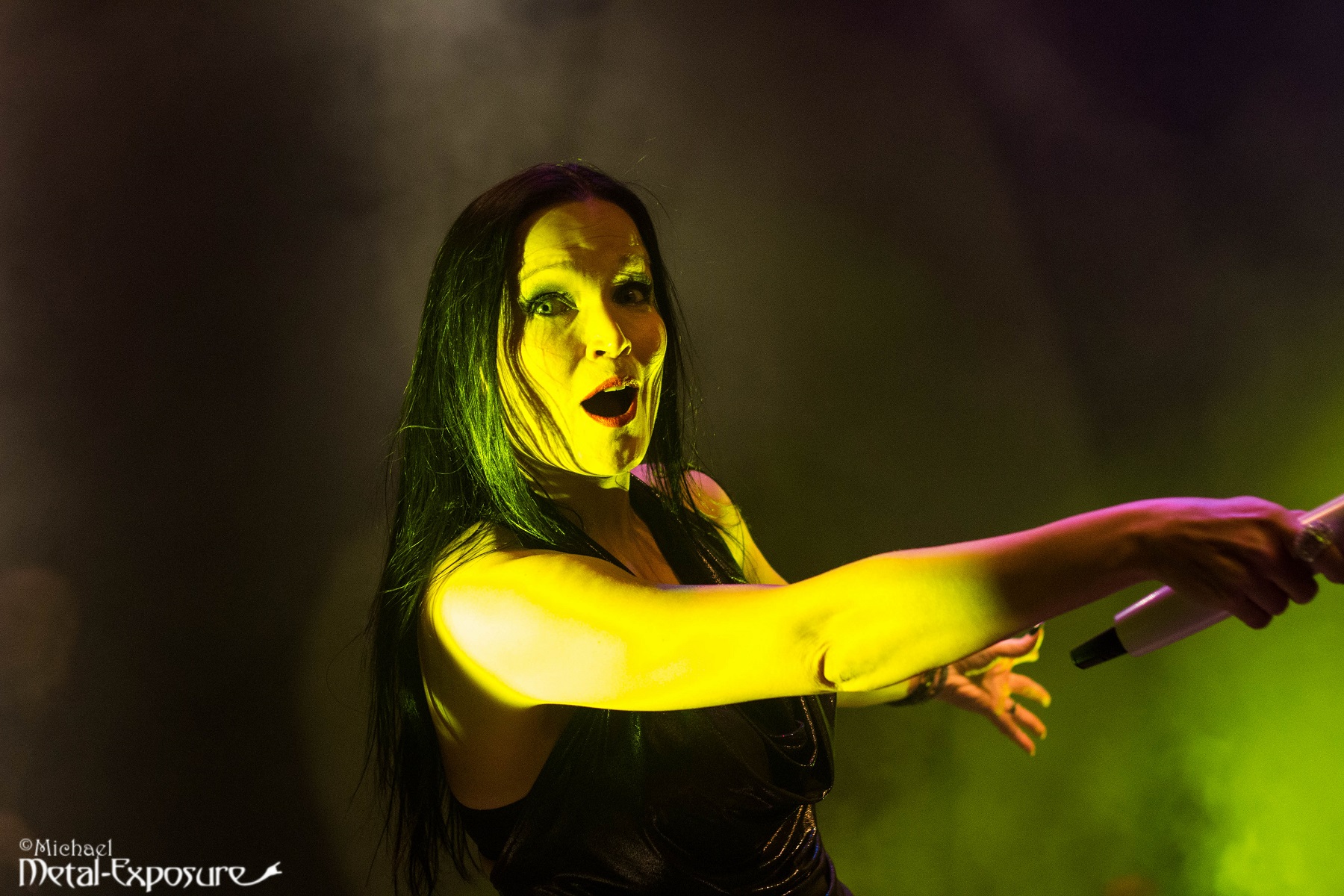 There were already people lining up before the doors were open and as to Tarja’s wish, everybody was allowed to take photographs during the show. At first I thought the only support was Serenity, so you can imagine my surprise as another band entered the stage at first.

Replubic of Rock’N’Roll is a Power Rock band from France. To me, they were kind of a weird pick as a support act, since their style was not like the main band or second support. Nonetheless, the crowd was mildly entertained as the band worked hard to get them to participate. Blue Diamond Road is a decent song and the band themselves are not bad. Even their cover of “Dream On” was okay, but because of the style of the band, it did not really connect with the people in the crowd. 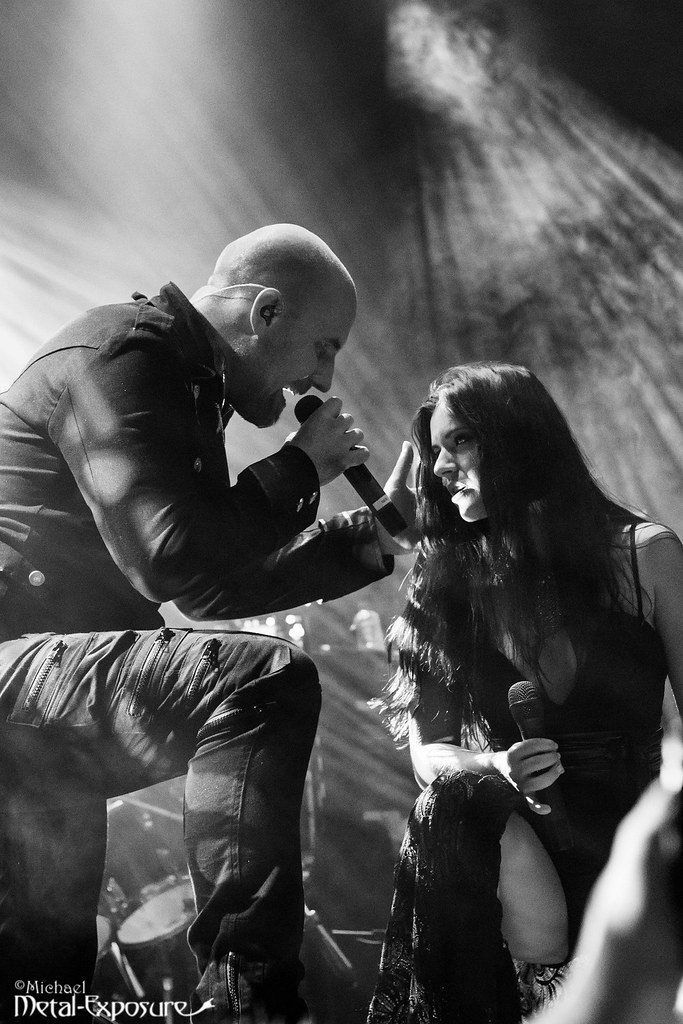 A part of the crowd already knew Serenity as a band, another part did not. I am sure that they left a lasting impression though. In an energetic performance, where everyone in the band, including guest singer Tasha, gave their all, they made sure to get people pumped up. The chemistry on stage is a real treat to see. With songs like Royal Pain, Perfect Woman, Velatum and Serenade of Flames, they played a nice variety from their repertoire. One thing I always respect of bands like these, is how they meet the fans after the show for some smalltalk and handing out signatures.

But naturally, people were most excited about Tarja. During this “The Shadow Shows” Tour, most songs played were from her latest album, Shadow Self. This is also very visible in the artwork. On both walls a big image is projected, which is pretty cool.

During the whole show, Tarja seems very happy and full of life. Not only Tarja herself, but the whole band performs well together. This in contrast to one of the previous shows I have seen of her. Numerous times she addresses the people in Hengelo about how happy and blessed she feels about being here. And the crowd loves it and keeps cheering her on.

During the show, there are no special guests, not even during the latest released single, Demons in Me. In that song Alissa White-Gluz has a big role. Still, Tarja pulled it off on her own just fine. The only moment she needed some “help” was during the Nightwish Medley, which was pretty awesome. It’s still really good to hear Tarja sing Ever Dream, which gave me goose bumps. 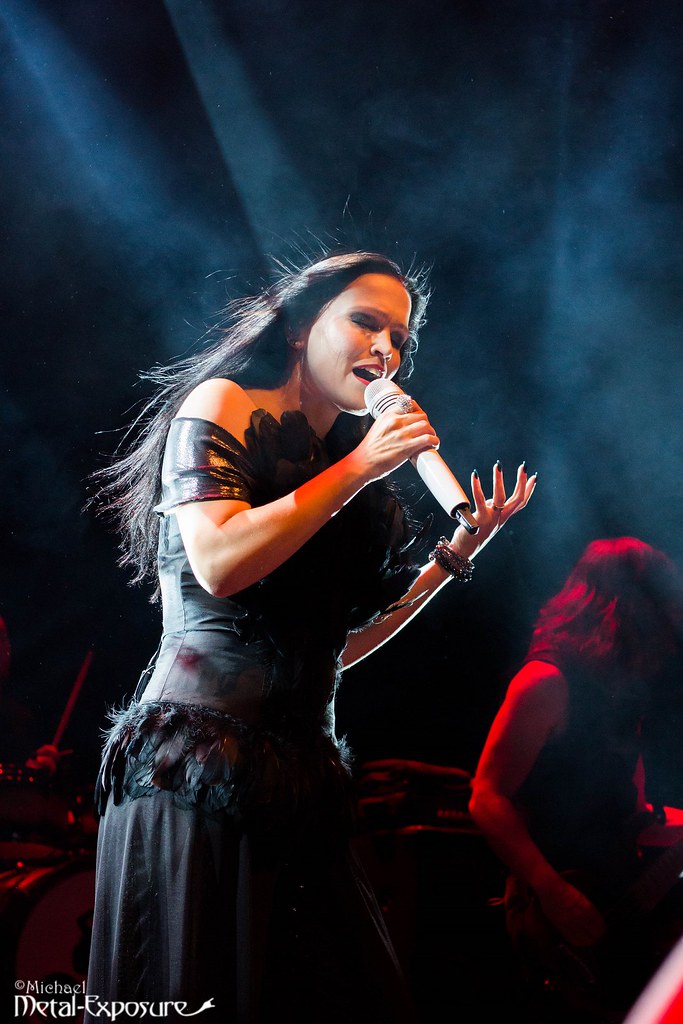 During the last part of the show, there was some room for a short acoustic session. These things give a show just that little bit of an edge, it makes it extra special. Also, there was a heart-warming moment where Tarja greeted these two girls, which were named Tarja as well. She was at a loss for words for a short bit and once again showed her gratitude.

During a special evening, nearly all bands seemed to impress. Serenity gained some new fans and Tarja made sure to tie the fans to her for a longer period in time. The shows were energetic and it seemed as if everybody had a great time. During the rest of the tour, there will be some other bands supporting Tarja. Serenity will do a headliner tour through Europe in November. You can check the dates on their websites.