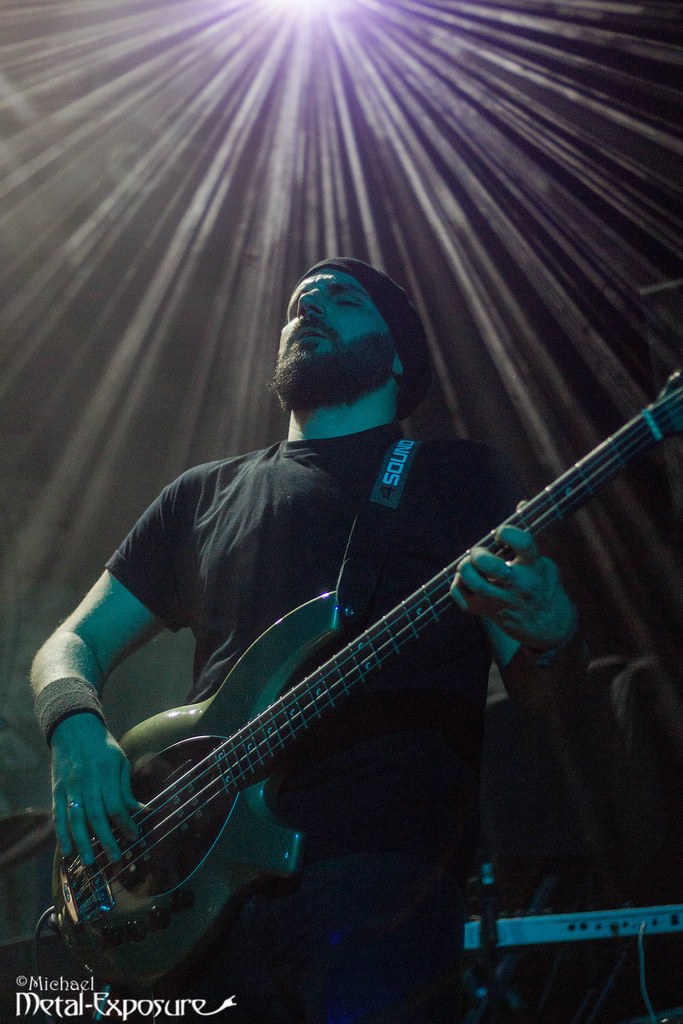 By: Michael
Less than a week after I have visited Tilburg for the Sabaton show (read the full report here), I was back, yet this time for a bit of a different genre. Amorphis was the main act, supported by Poem and Omnium Gatherum.

Poem was a new one for me to see performing live, and also was a pleasant surprise. In front of maybe fifty people in the audience at the start of their show, the band still gave their all. This progressive metal band from Greece might have been a bit of a strange flavor for people who mainly know Amorphis, but I am sure they were entertained. As the venue started to fill up, Poem managed to warm the people up who were there.

This would be the last show in the tour where Omnium Gatherum would be the support act. After tonight, they will make place for Textures. All the more reason the party and lead singer Jukka did his best to get the people in the crowd to participate. In my opinion he was trying too hard. You don’t need to ask the audiende to “headbang more” after each and every song, especially when they are already singing along and headbanging to the music. Nontheless, Omnium Gatherum played a tight show and got everybody ready for the main act of the night.

Amorphis has released their “Under the Red Cloud” album and naturally they played some songs of that album. The sound was really good during the show and both the clean vocals as the grunts from lead singer Tomi were clear and easy to be heard. 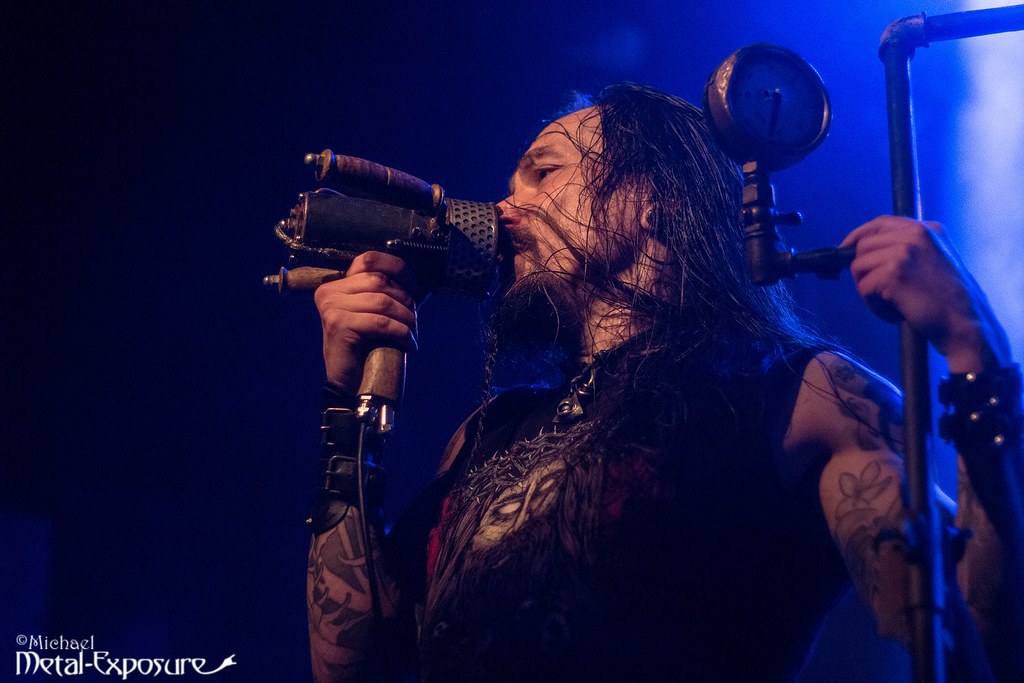 With so many songs to choose from, it’s getting more and more difficult to select a decent setlist for a show, yet Amorphis did one hell of a job. Some songs had to be skipped which they performed before, like Narrow Path, yet others came in it’s place. With songs like Under the Red Cloud, Sky is Minde, The Wanderer and My Kantele, there was a nice selection of songs. For the encore, there were “Death of a King”, “Silver Bride” and “Smoke”. Even though the crowd would have loved to hear some more, the evening had to come to a conclusion. Hopefully the bands will return to The Netherlands soon, this show left us longing for more.