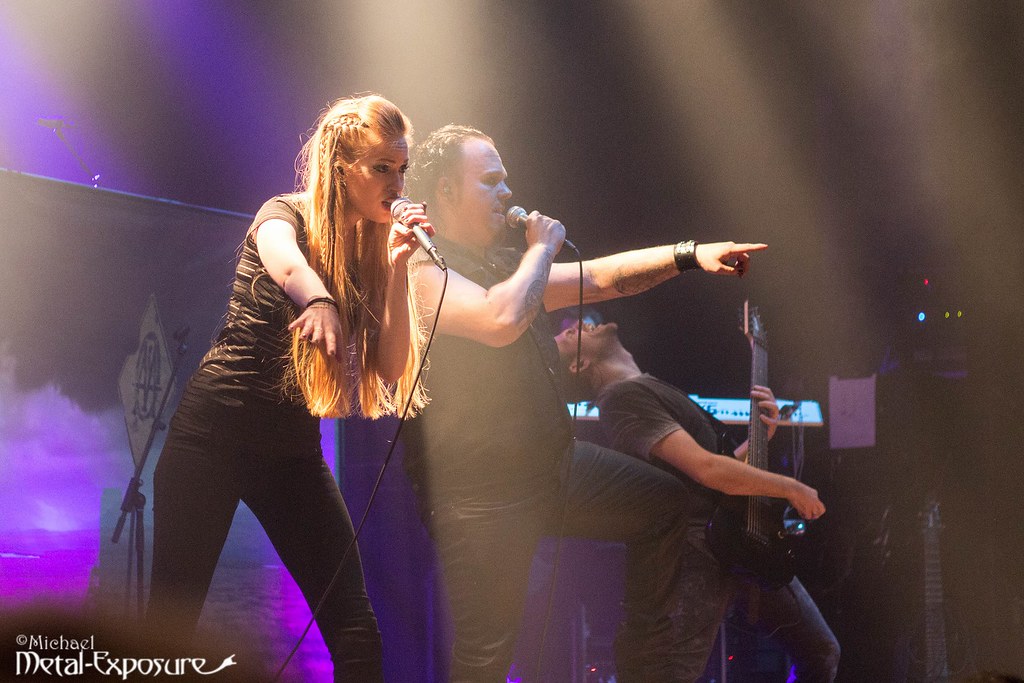 For the sixteenth time, a Dutch Kamelot show has been sold out. Tonight the heavy metallers bring along Serenity and Aeverium. The latter is the replacement for Nemesea, of which the singer was not fit enough to perform.

Even before the show started, fans were gathered outside. After some pushing ans shoving, we got inside. I really think the venue should do something about this, as it was the same with Delain a while ago. Just as the doors opened, people were already pushing to head inside of the venue. A little bit of respect for eachother should be worth more than a frontrow spot.

Aeverium started a little late, but that was soon forgotten by the people in the audience. The venue was aleady quite packed and the enthusiasm of the band was met with the same enthusiasm of the fans. It’s not that often that I see fans react this positively to one of the starting acts. Even when the fans were asked to sing along, they did. Maybe it was the amount of effort coming from the band, as they knew a bit of Dutch and spoke it towards the audience. We all sat down when we were asked to do so by the band, jumping up when the song started to become faster. Even Sean, bass player of Kamelot jumped on stage for a guest appearence.

With Codex Atlanticus as their latest album, Serenity has some promotion to do. Naturally their setlist contained mostly songs from that album. As always with Serenity concerts, the band presented themselves as little balls of energy on stage. Especially guest singer Tasha, who jumps around all over stage with a big smile. She fills in, singing songs that are normally done with other female vocalists, but she does her job fantasticly. Naturally, she isnt a Amanda Somerville on “A Perfect Woman” or Charlotte Wessels on “Serenade of Flames”, but on stage, these songs with her are great. 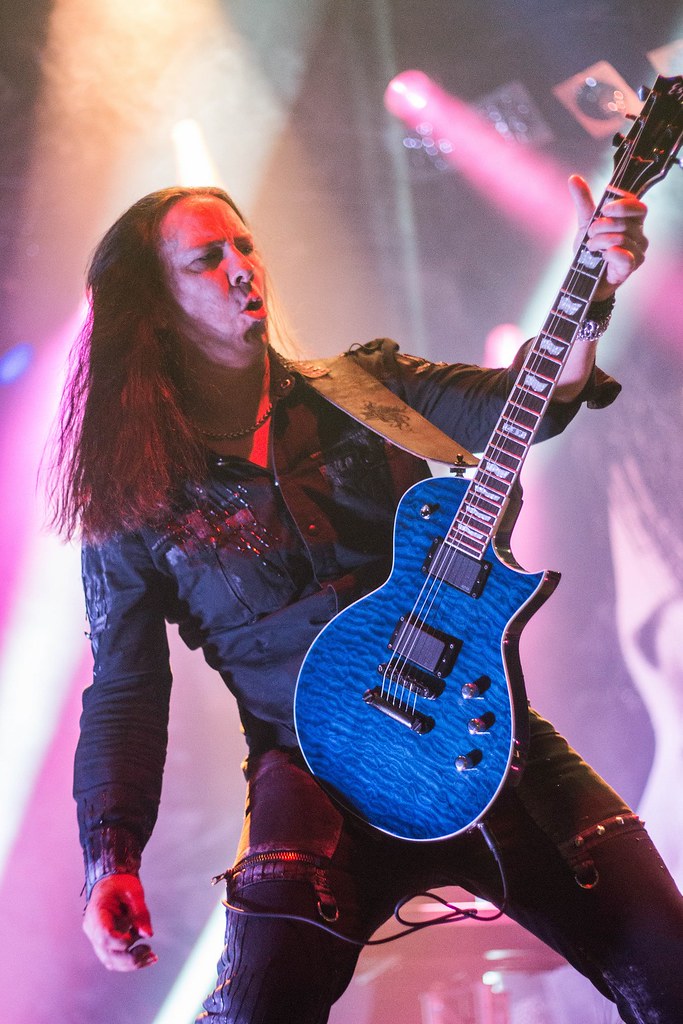 The audience has been warmed enough for Kamelot as they enter the stage. Previously Kamelot announced that they would do special things during their shows in The Netherlands. They keep saying that they would, so I wondered what would happen this time. Well, one thing is for sure, they sure did deliver. During their set, they payed a special version of “End of Innocence” where only Tommy and Oliver played their parts. This piano version was very intimate and a real treat for the fans.

I have been to quite some Kamelot shows, but what happened during “Forever”, I have never seen before. Yes, previously the fans sang along and kept singing while the band stopped for a bit, but this time it was devided in two, with the fans singing contrapuntal. Kamelot were already surprised about how loud we were, but the looks of amazement were clearly to be seen on their faces during this.

Everybody in the band got their time to shine, with a key, drum and guitar solo. It’s always fun to see Sean during his bass solo, jumping around, arriving on stage with his goggles as well. The sixteenth sold out show of Kamelot in The Netherlands once more did not disappoint. Every time the fans seem to be louder and more enthusiastic. Serenity and Aeverium did a fantastic job as the support acts and we hope to see all bands return very soon. We also made some time to talk to Chris from Serenity after the shows. You can read this interview here. For reviews and reports, make sure to check out Metal-exposure.com.