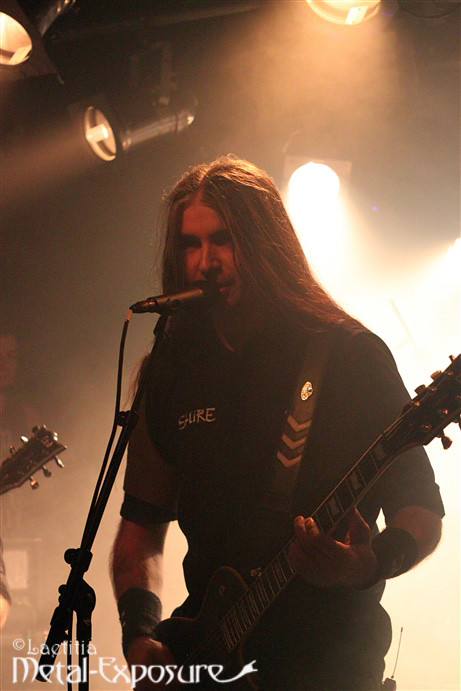 By Laetitia
It’s a Wednesday night after work. You have the choice of going home and trying to relax with a beer, or.. emptying your head with some sinister black metal tunes from the north! For a couple of us, the decision was easy, so we headed down to Eindhoven to catch the Profane Solstice of the North tour with Dreamarcher, Vreid and Norway’s most favorite black metal champions: Kampfar!

Unfortunate as work hours sometimes are, yours truly stumbled in the venue just after Dreamarcher finished their set. Still in office attire, it was time to enjoy a beer and catch up with fellow metal heads until the Norwegians of Vreid took the stage. It seemed like the crowd still had to be warmed up a bit and the same applied for the band. The first half of the set seemed stiff: the audience didn’t really move and the musicians put a lot of effort in awakening them by getting the people to cheer and head bang to a couple of classic Vreid tunes. 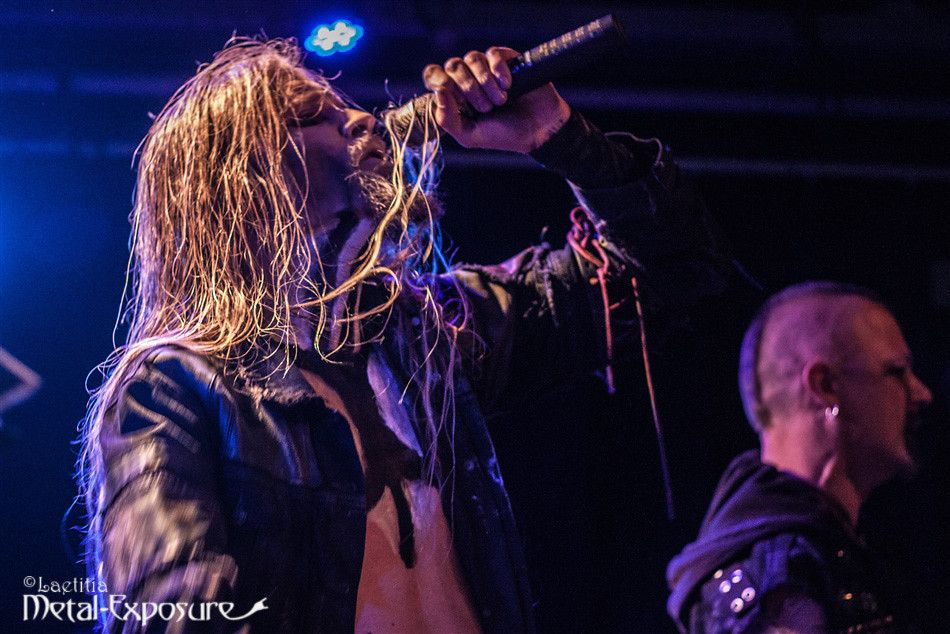 The set list existed of a good mix of discography, from to songs from the latest record Solverv to Pitch Black as a closer. Somewhere along the way, the guys hit the turning point and the crowd succummbed to the groovy riffs and the stingy vocals. Since the atmosphere significantly made a change for the better, it was a shame that Vreid had quite a short set. Nevertheless, another promising act was about to enter the stage.. 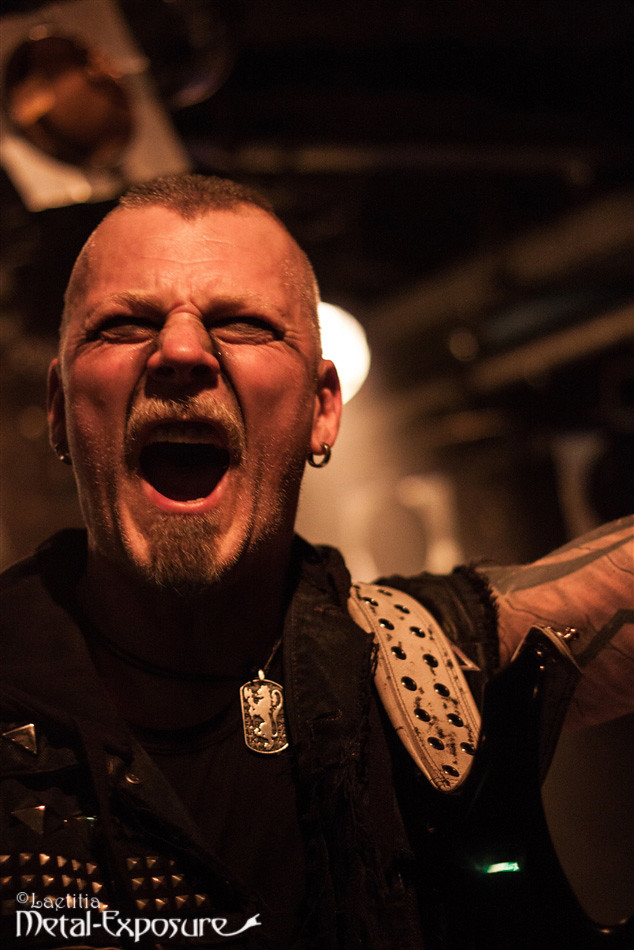 Even though the musicians of Kampfar have been around for some time, their black star has especially been ascending for the past few years. The Norwegians received the Spelleman award (the Norwegian Grammy). If you ask me, well deserved. With a admirable discography and an impressive live show that the band always seems execute with the same amount of enthusiasm, such a price belongs to them. It was clear that most metal heads were there to see the black metal band play: the venue was small enough, which meant that a lot of people were trying to get in the first few rows.

The tension rose as the band started playing Gloria Ablaze and it transformed as front man Dolk started to scream his lungs out. It was only a matter of minutes before the venue turned into a sweaty mass of people and the hair would fly around everywhere. What else do you expect when the mighty Ravenheart was performed, or a newer song, Mylder (Helvete)!, the almost sacred Hymne and one of my (recent) favorites Our Hounds, Our Legion. Kampfar owned Dynamo today and proved again why they are a top notch band. Not that anyone ever doubted that..