Report & pictures by Laetitia and Tabitha
Hot weather and extreme metal either works like a charm on a festival (read: cooling beverages and good music) or it can be a curse in a small packed venue. Even though tonight’s concert leaned more towards the second option, we challenged the scorching heat to attend Marduk’s fourth Frontschwein European assault in Essen (DE), with Immolation, Origin and Bio-cancer as their recruits. 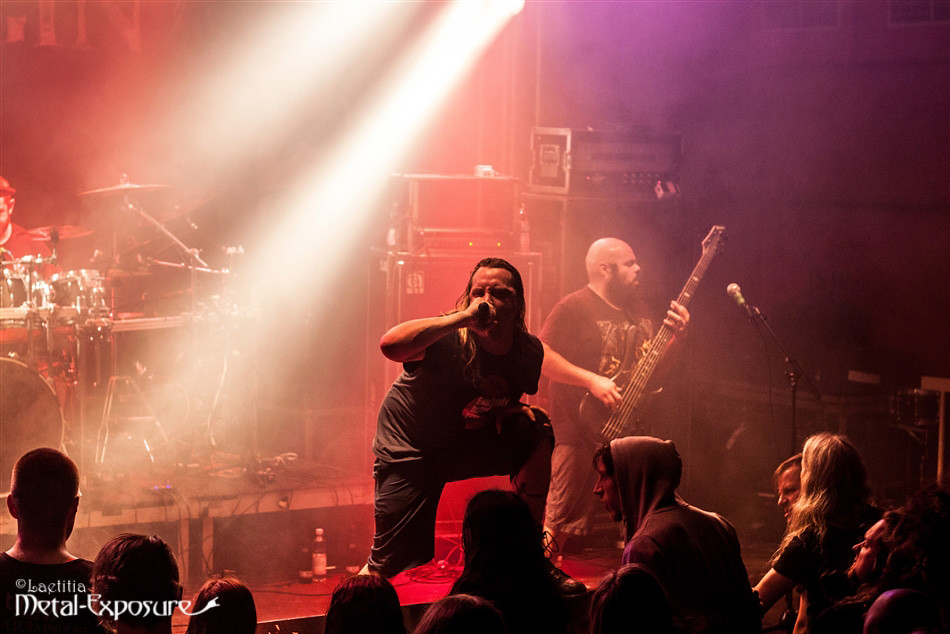 As the concert started quite early and our feierabend didn’t, we missed out on Bio-cancer and walked in when the American brutal death metallers of Origin had just started the party. The temperature already rising to a sauna level didn’t stop this four piece from giving an energetic show. While the instrumentalists embodied the technical aspect of Origin with their precise playing, front man Jason Keyser’s stage presence reflected the intensity of the music: he moved up and down the stage to evoke the audience’s participation.

It took a while before the crowd joined in the brutal festivities, but after the first small mosh pits were started, more followed and one daredevil decided to try his luck crowd surfing when he was challenged by Keyser to do so. After the metal fans were properly heated up by Origin, it was time for a cooling drink before the mighty Immolation took the stage. 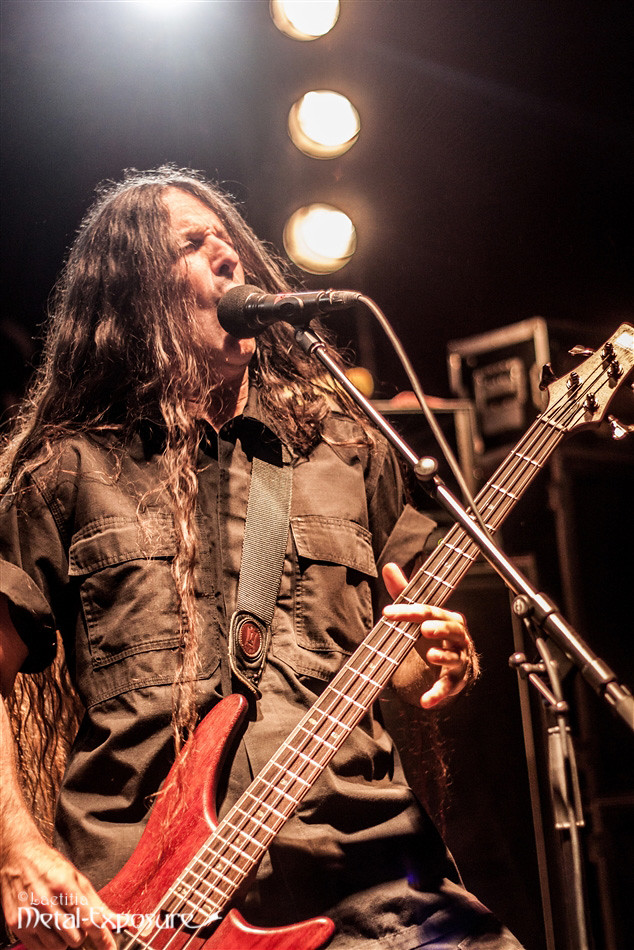 From New York came the death metal legend Immolation – and without mercy they blew the audience away with their tight performance of fast and heavy death metal. These guys are a joy to watch perform – Robert Vigna whipping his guitar around whilst playing flawlessly, Ross Dolan whipping his hair around (it’s a miracle those long manes don’t get stuck somewhere!) and really revving the crowd, and Steve Shalaty rocking those drums like a champion. The setlist constisted of both older and newer song, like ‘Father, you’re not a father’, ‘Burn With Jesus’ and ‘Kingdom of Conspiracy’. The audience obviously enjoyed the show, with some headbanging and moshing going on. Good news for the fans were also announced – in June they are entering the studio, hoping to release a new album by the end of the year! So maybe we’ll be seeing them again soon to promote their new album. We’d be glad to see these guys again on stage!

The mighty Marduk from Sweden were there to give the final blow. Since the majority of the crowd came out to see the black metallers, the mood was decided very quickly. Packed together, the fans commonly heaved their metal horns for the Swedes and moved to the lethal catchy beat of ‘The Blond Beast’ and were immersed in the chaos of ‘Africa’. While the band did not have to work hard to win the allegiance of the crowd in Essen, they certainly deserved the enthusiasm that was shown to them. 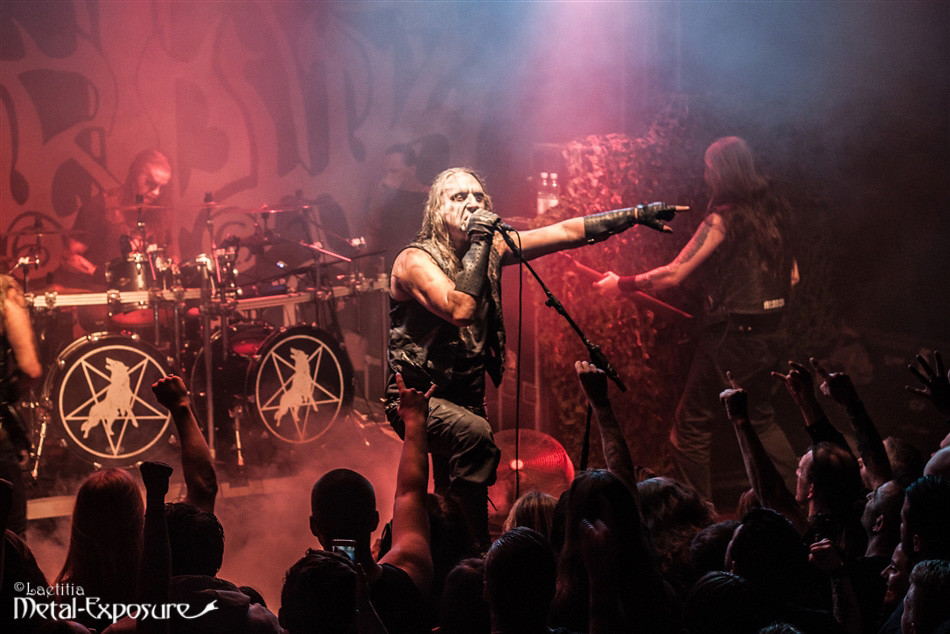 Marduk’s stage performance might not be the most dynamic, but when you see more of Morgan’s hair while plucking his strings and you feel Mortuus’ hate when spitting out the vocals and that expression of contempt, you know you are experiencing a solid Marduk show. In spite of this being the Frontschwein part 4 tour, the set list was varied with songs from different records. Thus ended another invasion of the Swedes and hopefully they’ll return some day (with some new material?).