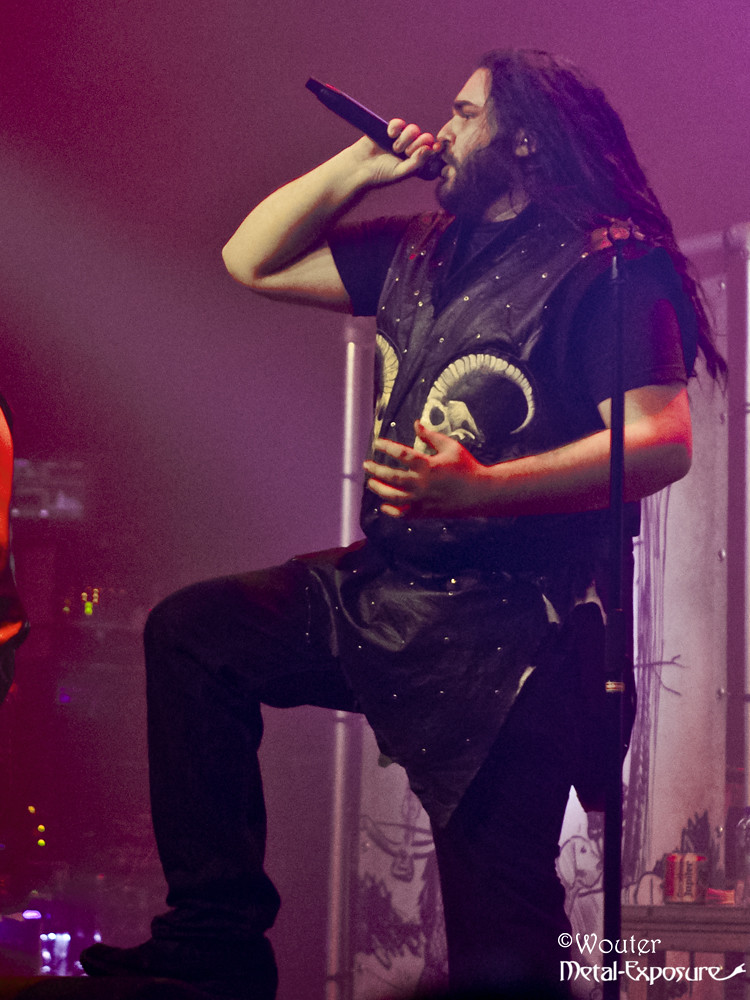 Report by: Ingrid
Pictures by: Wouter B.
On a very sunny Sunday afternoon, we, and a few hundred other metal fans, gathered in front of the Melkweg in Amsterdam for a Finnish Folk Metal Mafia Show with Korpiklaani and Moonsorrow, and for this show the Dutch support: Heidevolk. It was one of the first shows of this tour and although it wasn’t sold out, the venue was quite packed.

When Heidevolk started playing, people were still arriving, but still it was already pretty full inside. Being in their own country, it was easy for the band to connect with their crowd. It was their first show in about four months and the band seemed happy to be on stage again. They had to warm up a little, but already during their second song, Ostara, the band got the audience jumping. It didn’t take long after that until the first signs of a moshpit appeared , and the mood was set. The audience and the band both seemed to enjoy this performance. The band mainly played a lot of tunes from their two latest album Velua and Batavi, but also a few older songs as Saksenland , Beest bij Nacht and Nehalennia. 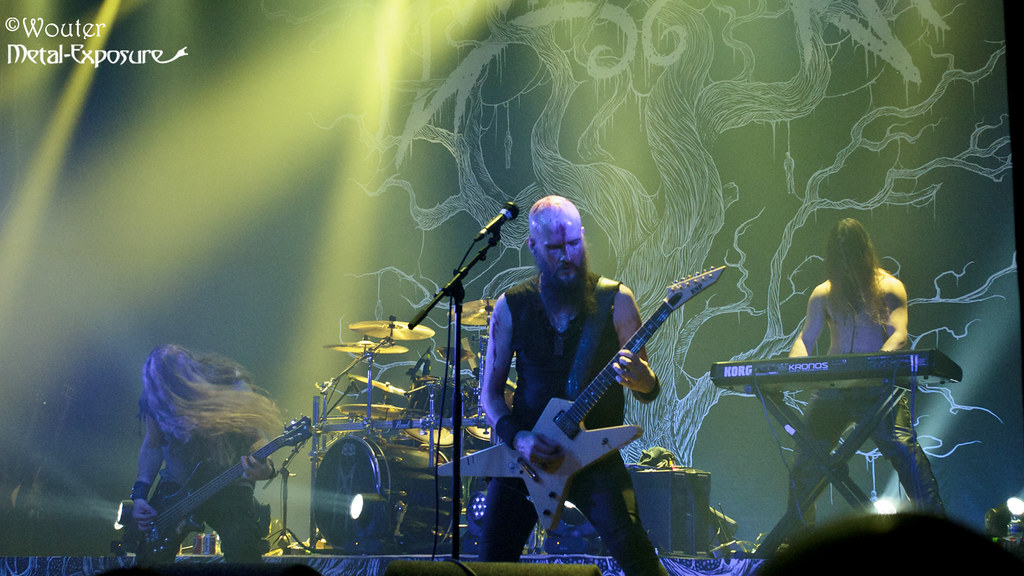 Second band of this evening was Moonsorrow. The band has just released their new album Jumalten Aika last week (review can be found here) and already are on tour to promote the record. Besides the release show of this album last week and the start of this tour, the band hasn’t played much live shows the past year, so once again we were looking at a band that seemed to really enjoy being back on the stage. The guys were energetic and enthusiastic and played a very good and tight show. Of course the band played some songs of the new album which, knowing your Moonsorrow, immediately covered half of the show. They opened with title track Jumalten Aika, played the enchanting Ruttolehto incl. Päivättömän päivän kansa, during which Jonne from Korpiklaani appeared on stage to sing some chants, and Ihmisen aika (Kumarrus pimeyteen). A few older songs were played as well, for example Ukkosenjumalan Poika and Sankaritarina; overall a great performance.

Last band of the day were the Fins metallers of Korpiklaani. This band has played a lot more shows lately than the first two bands, but that didn’t make them any less enthusiastic . Korpiklaani feels at home on stage and always knows how to create a big party and today was no exception. Of course they also played a lot of songs from their latest album, Noita, like opening track Viinamäen mies, Lempo and Sahti, but already at the start of the concert they played one of their most well-known classics: Journey Man. A good way to immediately get your audience moving without stopping during the entire show. The fans were moshpitting, headbanging, dancing and there were a hell lot of stage divers.

For me it was good to see the band performing the way they did, and seeing them recovered from what I experienced as a bit of a ‘dark age’ in their existence a few years ago. Back then Jonne mainly seemed to be drunk on stage with his ramblings in between songs. Today’s show wasn’t like that at all and it was a pleasant performance to watch. 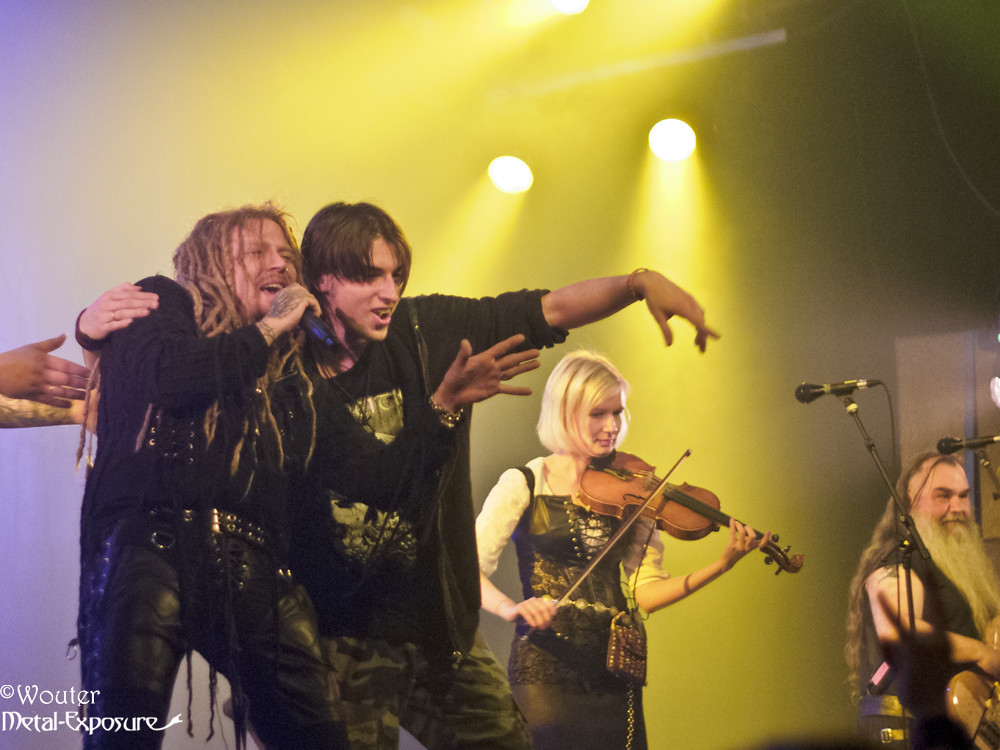