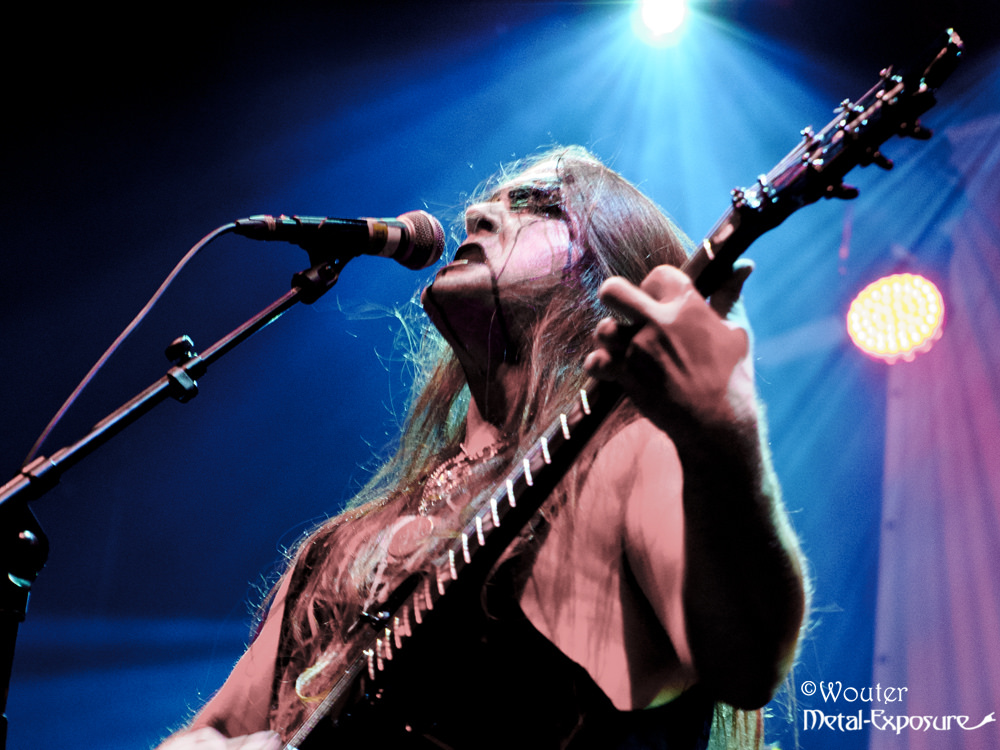 Four flags and four undead riders bringing death and black destruction to a town near you! With a line-up of Inquisition, Entombed A.D., Abbath and Behemoth not going was not an option. The Europe Blasphemia tour hit the Netherlands in the Tivoli venue, in Utrecht on Saturday February 6th. With close to 2000 people, this evening was one of the biggest and maybe best indoor metal concerts the still fresh year ‘anno bastardi’ 2016.

Two man entourage Inquisition (Colombia/US) kicked off the evening, with what I presume is the happiest interstellar satanic black metal known to mankind. The insanely fast drumming (Incubus) and single guitar (Dagon) make for a wall of sound that is unique for this maniacal duo. The vocals are reminiscent of old Immortal, which perfectly opens this evening of rock ‘n’rolling black and death metal. The (too loud) sound showed glitches here and there in the guitar (looping) sound, compared to earlier shows I’ve been privileged to watch, but was otherwise again pleasing to listen and look at.

After reforming from the original Entombed in 2014, Swedish Entombed A.D. has released Back To The Front in that same year. Under their previous name they released a number of albums since 1990, among which is the by now cult death ‘n’ roll albums Left Hand Path and follow up Clandestine. These guys still rock as was evidenced, with front man Lars-Göran Petrov not standing still for one bit. Entombed A.D. is clearly experienced in both playing and performing live. The music is infective for its swinging yet heavy-as-fuck sound, which the audience picked up by forming a descent mush-pit. Music doesn’t need to be excessively complicated to be entertaining as hell! 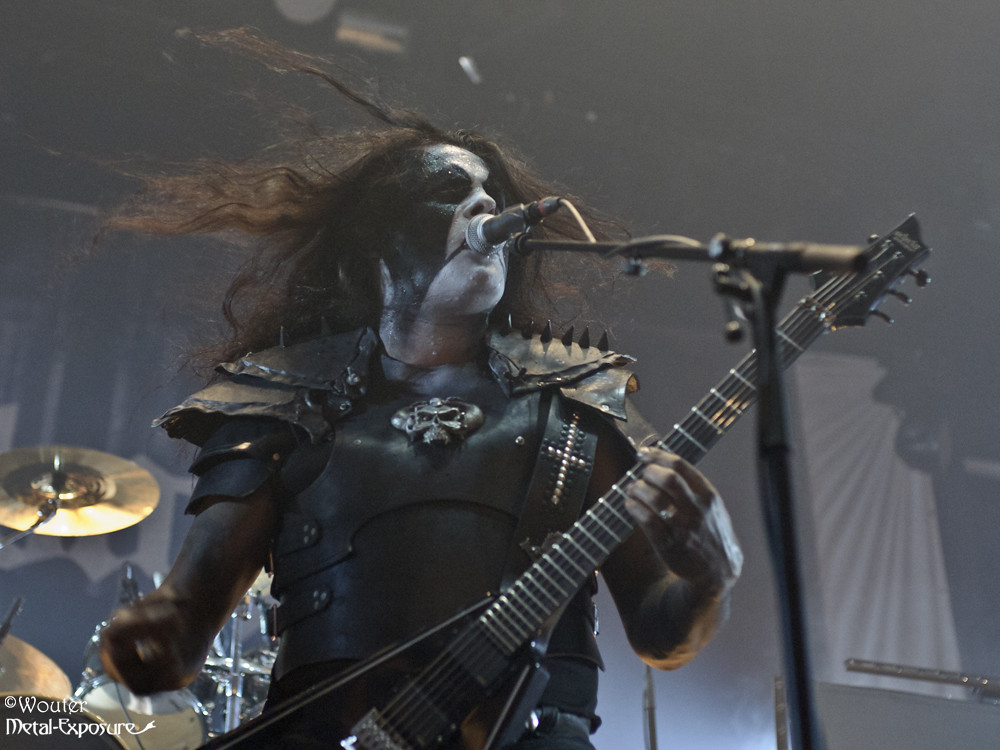 One of Norways’ great talents and founding member of Immortal, Abbath Doom Occulta (Olve Eikemo) has started his own project, aptly called Abbath. Known for his cult-clownesque grins and postures, this show was one for the books on Abbath and his grins. Kicking off with To War the band immediately earned the right to visually entertain next to playing their music. Not neglecting the past, Warriors from I (an Abbath solo project with one released album, Between Two Worlds) was presented to the by now very enthusiastic audience. The riffing and play, for instance on Abbaths’ own Count the Dead, has the feel of Motorhead-on-Norwegian-steroids and is hard not to bang your head to. Immortal –clearly refusing to die as long as Abbath exists – was served through Tyrants, One by One. Too bad the difference was somewhat audible, as the guitars did not sounds as massive and full as Immortal used to. But the show, the expression and experience the band – not just Abbath himself – managed to put down is one of quality. 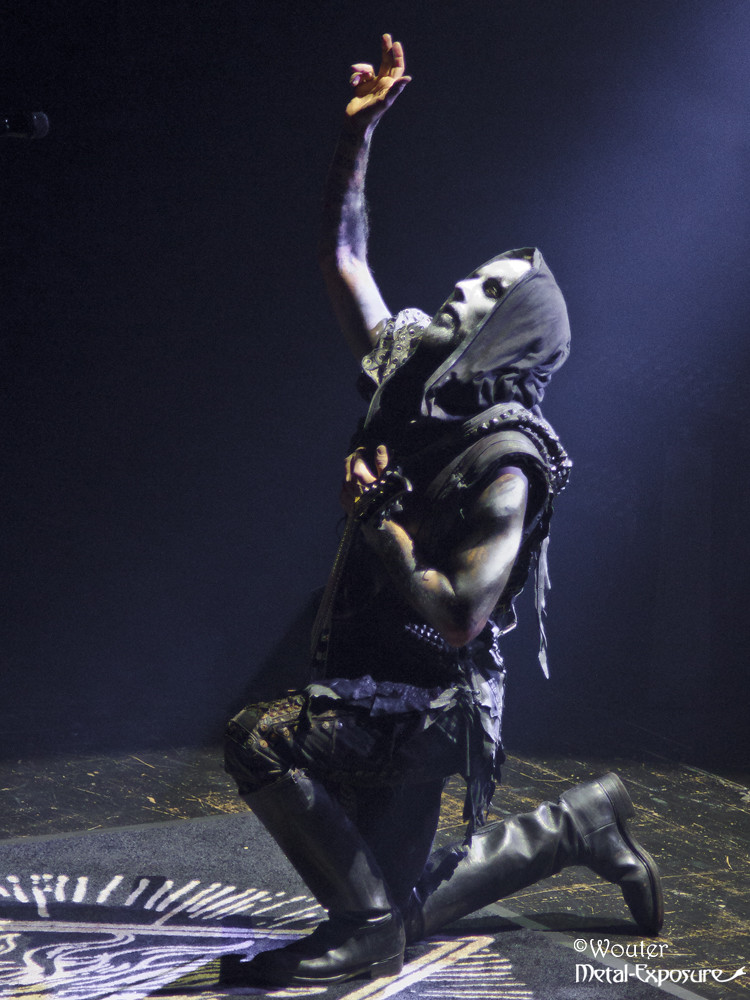 The Polish Behemoth promises something when put on the running order of a concert. Having seen them earlier (with a terrible sound quality after a demonic long wait at PartySan 2015) did nothing to lessen my anticipation however. For they had announced to play The Satanist in its’ entirety, to my great delight. This 2014 released magnum opus is everything their music stands for: great composing, electrifying riffs and of course the blissfully blasphemous yet thoughtfully satanic lyrics. Underneath which is woven the ultimate celebration and will to live; fiery and loud at that. Exactly that they showed skillfully and with great dedication on stage, managing a ritualistic aura assisted by props and dress during the play. This time around the sound, if too loud, was just fine. Nothing short of a well-structured – probably somewhat orchestrated – theatrical play. However well-orchestrated, the ‘rock-n-roll’ feeling was by no means less, given the very enthusiastic performance by Seth (guitar) and Orion (bass). Some might call this even choreography. Nergal (vocals, guitar) took care of further theatric expressions and posturing and while screaming his lungs out on stage. Normally I’m stand-offish about posing in general, but for Nergal it seems to be his natural way therefore much part of the show. A great and gigantic play which enthralled – sadly only temporarily – the close to 2000 souls with Behemoths’ magick.
A line up of giants with a show and venue befitting their standards.