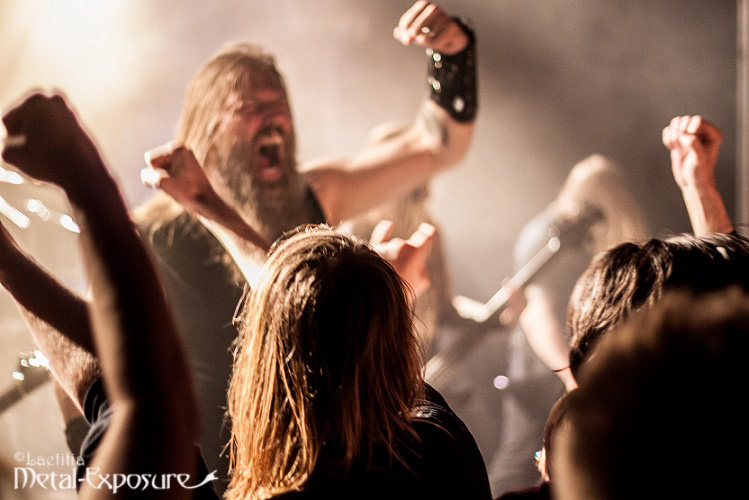 By Laetitia
If history has taught us anything about vikings, it is that they achieve success by going on raids. The Swedish viking metallers from Amon Amarth therefore embarked on a journey through the United Kingdom, France, the Netherlands and Germany to let the masses hear their tenth studio album Jomsviking. Metal-Exposure got invited to the feast in Tilburg, where only 250 warriors would gather to hear the songs. When entering the venue, everyone was presented with a signed drinking horn. If that is not a promising start.. 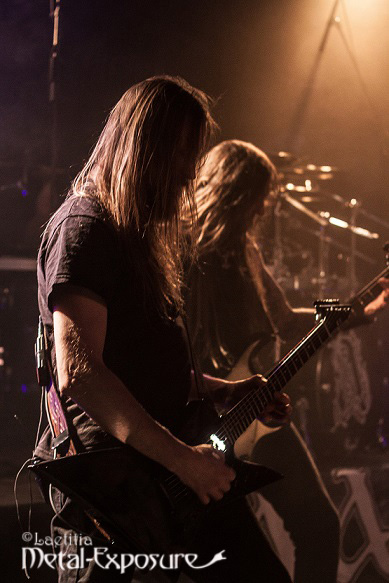 As the Swedish group is probably used to playing for big crowds and on the well known festivals, it was refreshing to see the band play in a small venue, in an intimate setting. During a gig on a festival (or large venue) setting, you would not be able to see band’s attempt to interact with the fans. Now, the band was only an arm length away. This contributed to the atmosphere immensely. Imagine this: the ever charismatic performer Hegg, while spewing brutal vocals and yet never getting that big grin off his face, continuously encouraging the crowd to shout louder and head bang harder. As you can imagine with a crowd of 250 die-hard Amon Amarth fans (closely packed together and drinking beer) it was comparable to a party in Walhalla that would make the Gods’ feasting seem obsolete.

Since there was no support act, the crowd immediately went into berserk mode when hearing the first tunes of The Pursuit of Vikings. To the surprise of yours truly, only a couple new songs were performed, among which First Kill, At Dawn’s First Light, Raise Your Horns (drinking song pur sang) and One Thousand Burning Arrows. The rest of the setlist can be described as ‘a best of’ since the band namely played the classics like Deceiver of the Gods, Death in Fire and Runes to My Memory. During the encore, which featured Guardians of Asgaard and Twilight of the Thunder God, necks were truly broken and vocal cords shattered. The venue was drenched in a punging smell of beer and sweat after this. 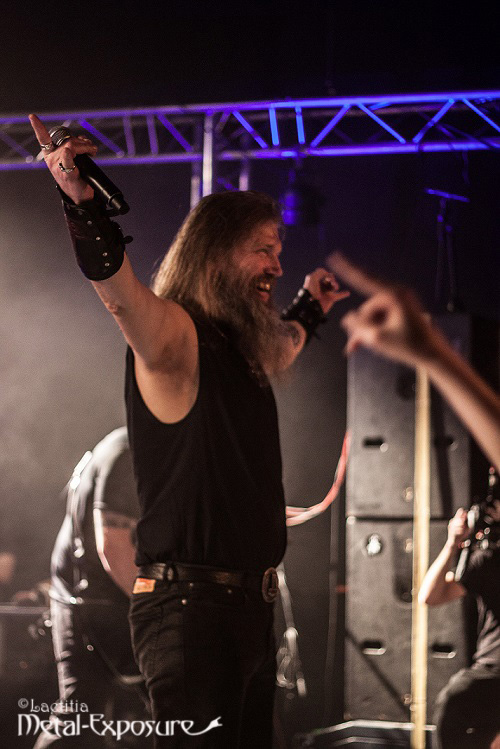 As much fun as it was to watch this show, there were a couple of downsides to seeing Amon Amarth play in a small venue. The sound wasn’t optimal and the vocals were often drowned in the wall of death metal that the musicians produced. Unfortunately the room was also built in a way that it was impossible for (smaller) people at the back of the venue to see much of what was going on. While the people in the front rows probably had the concert of their lives, the visitors in the back may have experienced a less thrilling show. Nevertheless, kudos go out to the band for reaching out to the fans in such a way that they could hear their favourite music in advance and enjoy an intimate party. For a next time, Amon Amarth should opt for a different venue though.