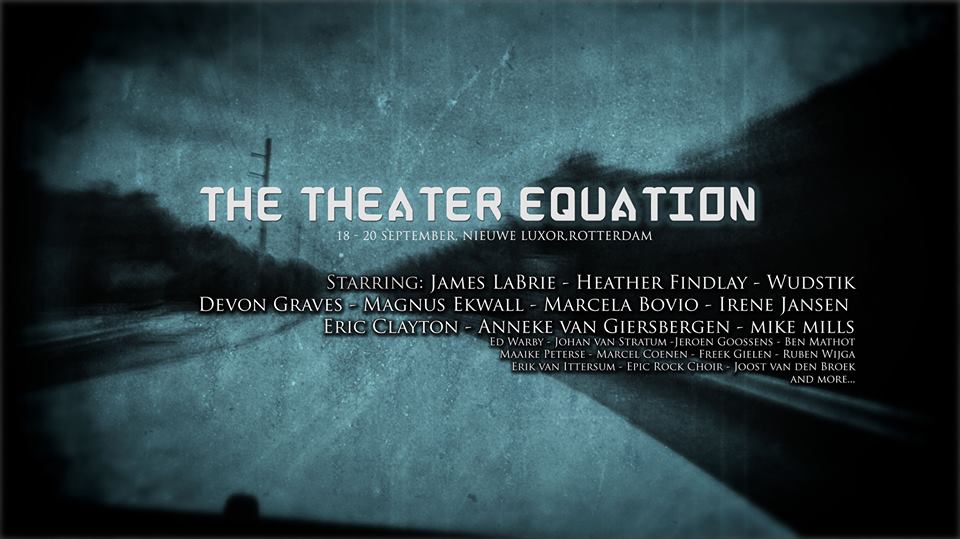 By Michael
When it comes to music, I’m a sucker for a good story in a record. Combined with the rest of the music, it puts me in this special mood setting in which I can feel the story. One of my favourite records in this is Ayreons “The Human Equation”. When I heard that a theatre show was in the makings, my heart skipped a beat and I knew I needed to attend this.

After a long wait, I drove to Rotterdam on the 18th of September. Sadly I was a little bit too late, yet the Luxor Theater had a screen up in the hallway where we could watch the first 10 minutes until we were directed to our seats.

Ayreon’s “The Human Equation” is a story about a man in a coma, who fights for his survival while his emotions help him explain what led him up to this state. Every song on the record features one day of the twenty day comatose status.

To start with, the stage presentation was great. A wrecked car in the centre, a hospital bed, some doctors, everything seemd to fit. The production was much bigger than previously anticipated, but I’m glad that the producers decided to make it a theater show instead of a concert, because this fits the whole theme much better.

I was really curious on how the artists would perform during the show. Nearly the whole cast of the album was there and each had a different role to play. And what a cast it was. From the original line-up, amongst others James LaBrie (Dream Theater), Marcela Bovio (Stream of Passion) and Magnus Ekwall (The Quill) were present. Anneke van Giersbergen (The Gentle Storm) replaced Mikael Akerfeld (Opeth), Jermain van der Bogt (Wudstuk) replaced Arjen Lucassen and so were there a few other changes.

Especially Anneke did a fantastic job replacing Mikael. I was a bit worried about how a male role would be replaced by a female, just for the sound standards but Anneke really did great. For me the greatest roles were those of James LaBrie and Magnus Ekwall. Their voices live are just as amazing, maybe even better than on the album.

The singers were supported by a great group of artists. Guitars, two keyboards, a choir and even some special instruments were all there. It all added so much to the complete moodsetting of the show. Nearly every song was supported by a loud applause and I could that everybody in the packed theater was enjoying it. Me myself, I had goosebumps all the time and occasionally even found a small tear in my eye.

At the end of the show there was a small surprise for the people, with a guest appearance. I won’t spoil too much of it, because it was hinted that a DVD was in the making. For everyone who has missed this show, make sure you get that, because it would be a shame if you would never see this!