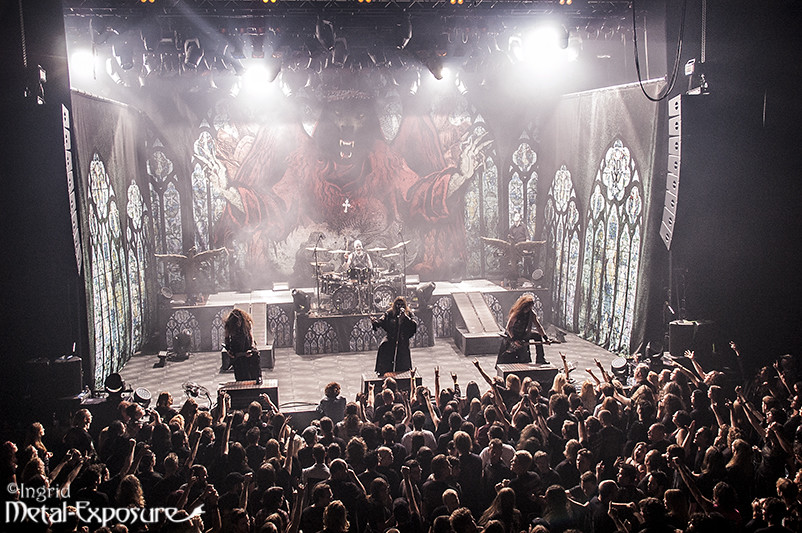 A few months ago, Powerwolf released their latest album ‘Blessed and Possessed’, and they are celebrating this now with their Wolfsnachte 2015 tour.
October 4th the tour visited Nijmegen and of course we had to come and take a look. 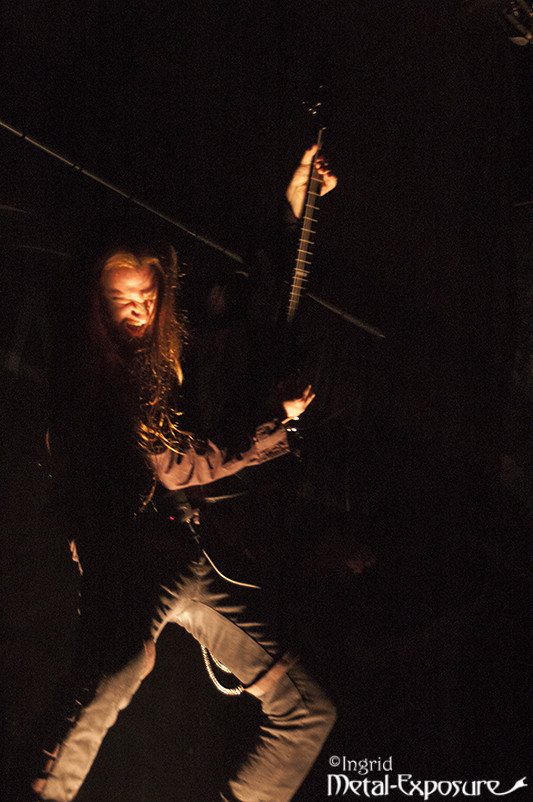 First band up this evening were the guys and girl from Xandria. This German symphonic band has a Dutch front woman since a few years, so it was a battle close to home for Dianne, and she clearly felt at home. From the first tune on, she and her guys were bursting with energy on stage and were rocking it. At first the audience had to warm up a bit and was a little stiff, but when we were reaching the end of the show and everybody was jumping up and down with the band (except for me my heels because seriously, my heels were way too high for this), and singing and moving along. The band mainly played newer songs as Nightfall, Stardust and Valentine and beside a small communication error gave away a good show!

Second band to hit the stage was Orden Ogan. Now I’m not really a fan of their music but I enjoyed the show a lot. Main reason for this were the jokes of front man Seeb. This guy is quite the entertainer, and immediately got the audience going. He joked around, making fun of himself and his bandmates, and the interaction between the band and the audience was great. He even walked of stage during the introduction of the song To The End while instruction the audience about the Fist Of Fate, because the thought they didn’t shout loud enough. Between all the jokes, the band played a tight set including songs as Deaf Among The Blind, The Lord Of The Flies and The Things We Believe In. 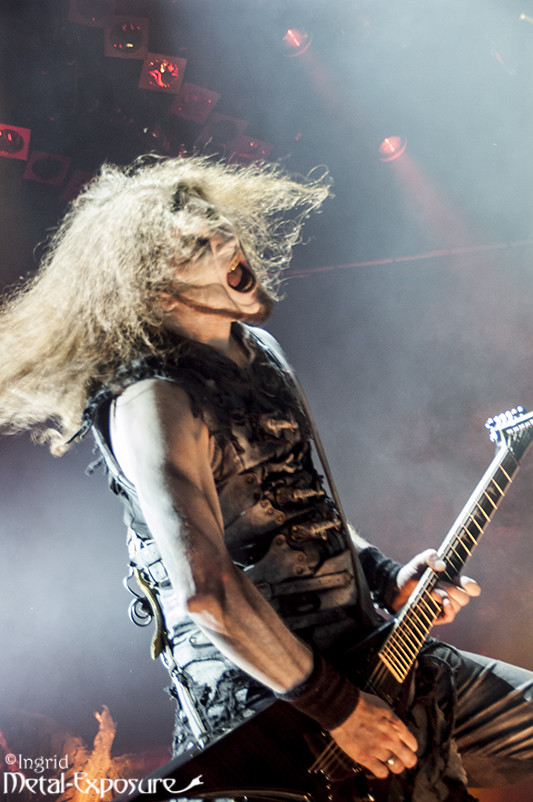 By now, the audience was more than warmed up, and it was time for the headliner of the evening: Powerwolf. The curtain that was hanging half way the stage during the first two acts was dropped and a nicely decorated stage made us believe we were indeed part of a heavy metal mass.
The band opened with the title song of their latest album ‘Blessed & Possessed’. They immediately got the audience going, mostly thanks to their own enthusiasm, that didn’t decrease during the entire show. They got us singing, jumping and dancing while mainly playing newer songs as Army of The Night, Let There Be Night, Amen & Attack and Coleus Sanctus; as well as some of the ‘older classics’ as Lupus Dei.
Besides all the great sing-alongs we also got spoiled with a great drum solo from drummer Roel van Helden, and had to do a screaming contest between the left side of the venue and the right side of the venue, leaded by singer Atilla Dorn and keyboard player Falk Maria Schlegel.
After they left the stage after almost one and a half hour already, we even got a nice encore, that didn’t seem to end, but you couldn’t hear anyone complaining about that!

All with all this was a great evening. The crowd obviously enjoyed themselves and had a great time. All bands were on roll and gave great shows with a lot of interaction between the bands and the fans.
We left with smiles on happy faces. 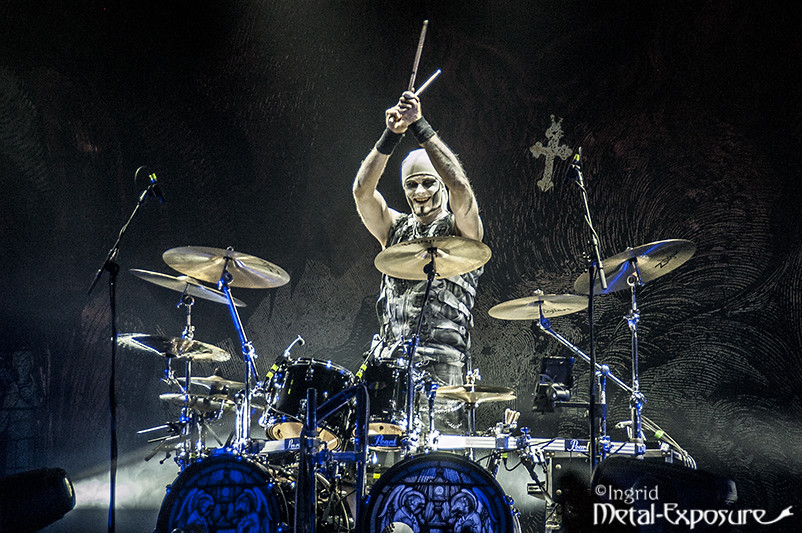