By Laetitia
What is the last place you’d expect a metal head to spend their free Thursday evening at? That’s right: a church. Still, yours truly found herself at the Christuskirche in Bochum to attend the acoustic show of Israeli metal band Orphaned Land and their support acts Stimmgewalt and Molllust from Germany. 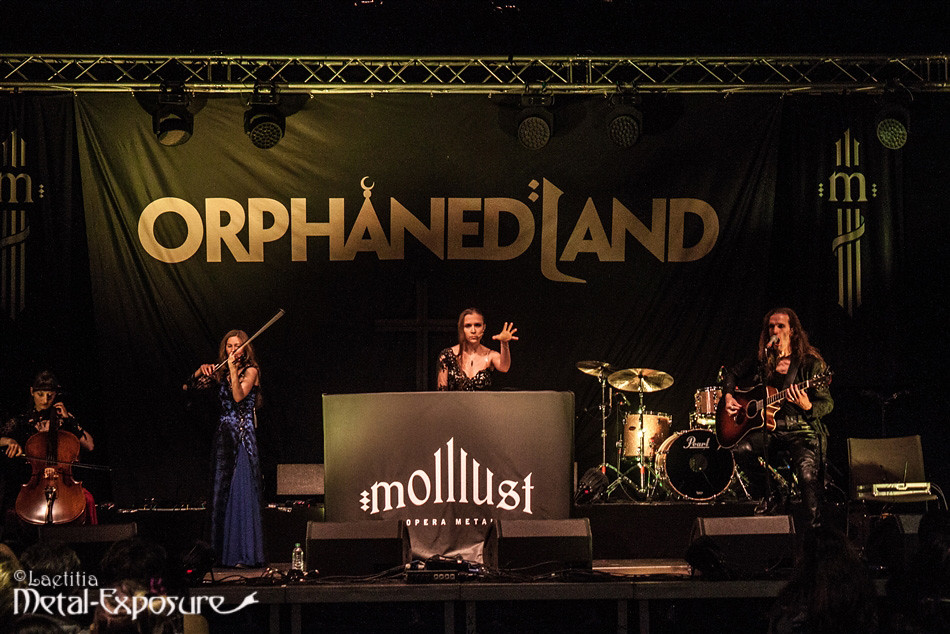 While entering the church, the opera metal band Molllust from Leipzig had already started. While the setting of their show was simple and presumably a bit toned down in an acoustic/church these musicians knew how to leave an impression. With her powerful, theatrical expressions, operatic vocals and gala dress and keyboard playing vocalist Janika Groß could have blown everybody away if she would have done a solo performance. She didn’t have to, as she was supported by a guitarist, violinist and a cello player, to create even more haunting melodies. It surely makes you wonder how this band performs when they are performing amplified set. 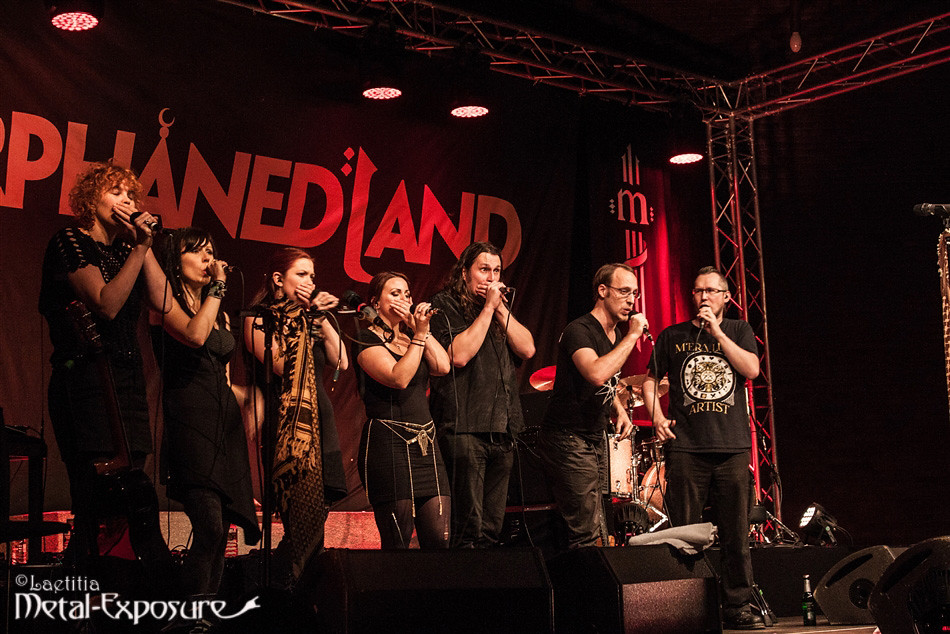 The a-capella choir Stimmgewalt from Berlin performed a couple of songs as an intermezzo. Even though this a-capella metal is not a favourite genre of yours truly, one has to admit that these guys and gals are good at what they do. They did a cover of Van Canto and an amusing cover of an traditional Irish tune and joined Orphaned Land during their show a little later. 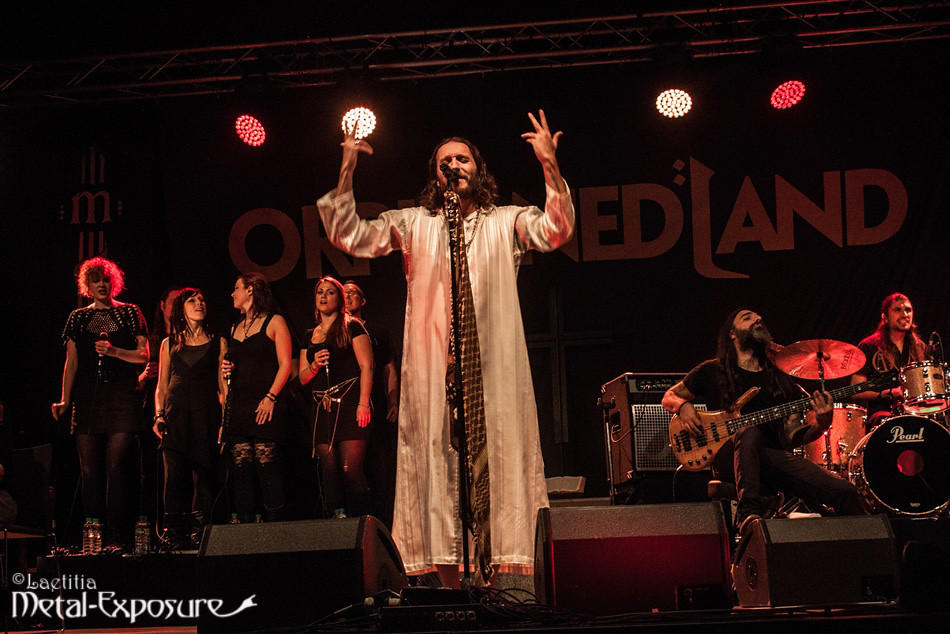 Despite of having seen quite a number of shows of the flag bearers of Israeli- Middle-eastern metallers, the acoustic set of Orphaned Land was a new experience. It was good to notice that the music does not weaken when performed acoustically, but retains the same melodic and danceable spirit when played in a bit more toned down version. Singer Kobi Fahri’s vocals were emphasized more and sounded even more genuine when Orphaned Land performed a song like the emotional, ‘Let the Truce Be Known’ and ‘Brother’. When tunes like ‘Norra El Norra’, were played, it didn’t even seem to matter whether the show was acoustic or not, people got up to dance, clap and sing along. Nevertheless, it’s a good thing that these guys are coming back on a ‘normal’ tour in December, so we can also enjoy the metal aspect of Orphaned Land again!