By Laetitia
When a package like Moonspell and Septicflesh comes to town, one has the only option: go. So on this Friday night, we found ourselves in Haarlem, to attend The Road To Extinction tour and do an interview with Moonspell’s Fernando Ribeiro. 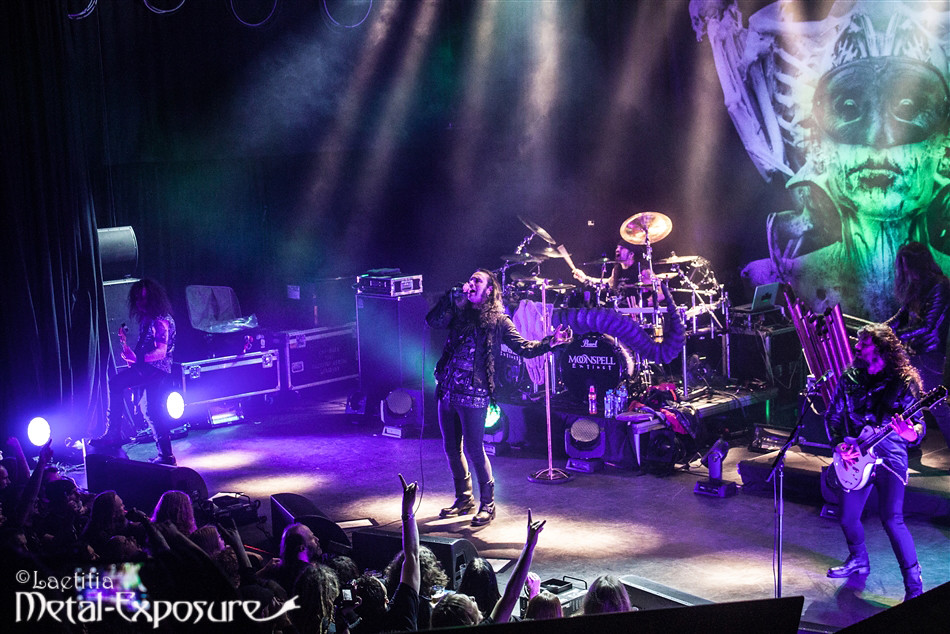 The opener of the evening was the Dutch band Spartan. They brought their own fan base, who were actively moshing in a half empty venue. The band gave all in terms of a energetic and charismatic performance. Especially vocalist Jeff knew how to entertain. However, their power/death metal just didn’t struck a chord with me, as it wasn’t bad, but not really memorable either.

For myself, the main reason to be here tonight was to see the Greek symphonic death metal band Septicflesh. It took these titans a little while warm up. At first, the bombastic character of the music couldn’t get through, because of a somewhat bleak sound. Luckily, this did not hold back the band or the crowd, who where songs from their acclaimed record The Great Mass, like The Vampire From Nazareth, Pyramid God and of course material from their latest effort, Titan: War in Heaven, Titan, Prototype and Order of Dracul (I would still like to see Confessions of a Serial Killer added to that list though!) 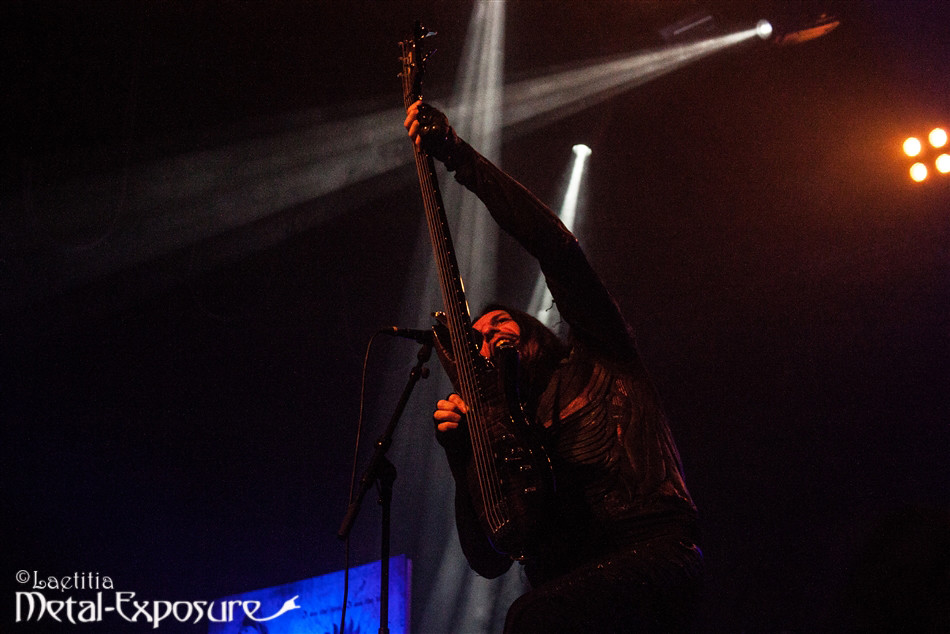 Tunes like these and also the intense track Communion are killers in a live-setting and since the sound improved later on, one can only speak of a great show. The band also introduced their new drummer, Krimh, who mastered the Septicflesh songs impressively. The only comment I can make is about ending the show with Promotheus: a good song, for sure, but after such a powerful set, this somewhat calm song (in comparison) seems to be misplaced and suited better earlier on in the show.

Moonspell, with their mix between metal and gothic, is a band that is not accessible for everyone. As someone who is not necessarily a fan of this Portuguese band, I had my reservations about the show and music. I still won’t stand in line for their next record, but this five piece showed me that they are truly masters at their game. Frontman Fernando Ribeiro has a compelling and somewhat theatrical stage presence with dramatic gestures, with which he easily grabs the attention of the crowd. Not to mention the supremely decorated stage, which contributed to the atmosphere. 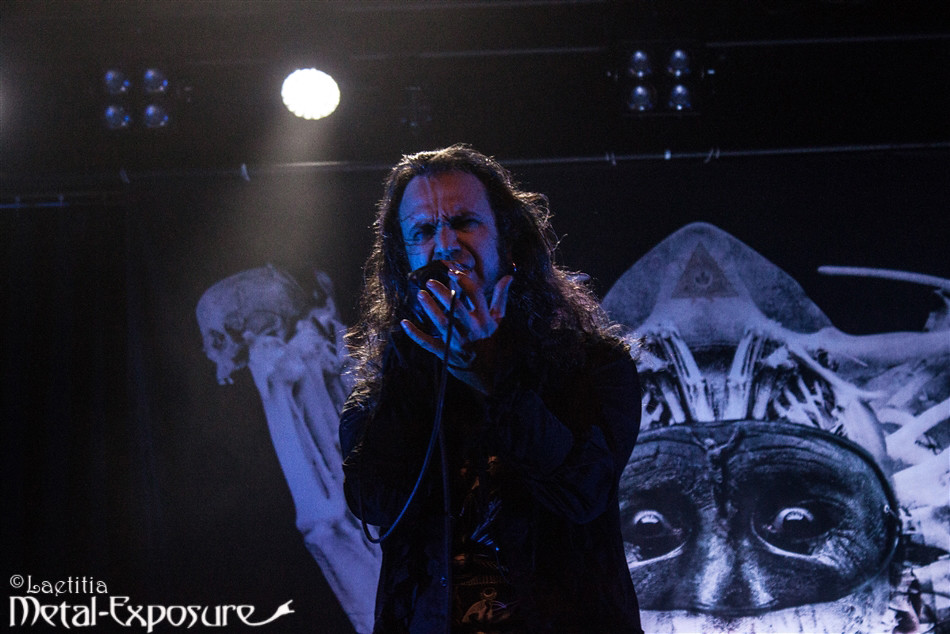 Musically, the band played a mixture of older work and of course the newest record Extinct. Whether they were new or old songs, Moonspell fans seem to be the kind that know almost all lyrics by heart. Add to that the catchy edge of the music of this group and you find yourself in a setting where everybody surrounding you is mimicking the lyrics, head banging and even moshing a bit throughout the set of nearly two hours. My reservations had already vanished while watching the masterful show, but when I found myself amidst the fans who were enjoying the classics like Alma Mater and Full Moon Madness, I completely understood and surrendered to the Moonspell craze.