On the evening of the 26th of March, I was privileged to witness a wall, no better yet, avalanche of sound by one of the most promising black metal constellations from Germany: Der Weg Einer Freiheit. Translated as ‘Road to Freedom’ but also as “Ones’ own path to Freedom”, the bands title covers much of that which attracts many to black metal. Having seen them only but once, on Summerbreeze 2013, it was indeed time to see them again on their ‘Stellar’ tour, their latest album (See review here). 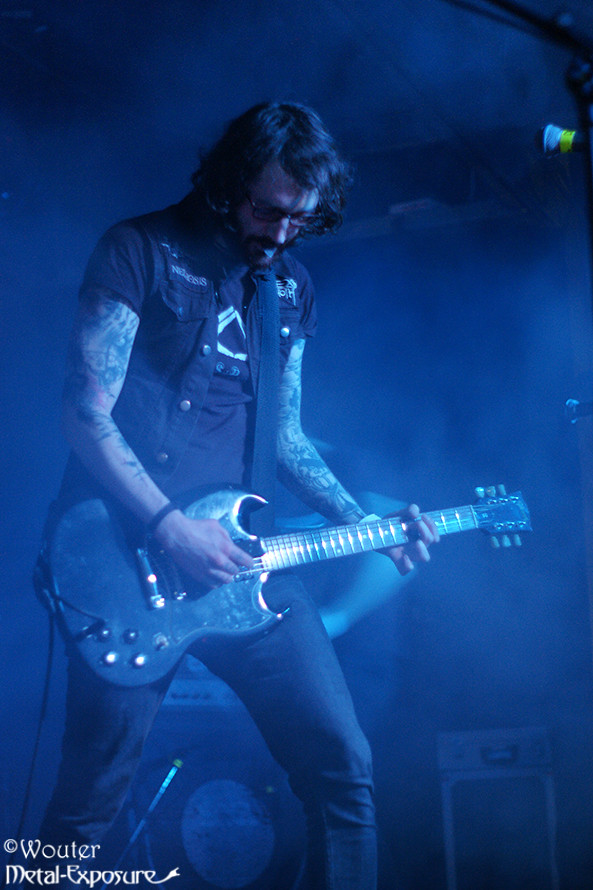 Playing in a small venue called the Baroeg, with about 40 people present, the atmosphere was very direct and intimate. Der Weg was preceded by the Hamburg atmospheric sludge/post/crust quartet Downfall of Gaia, whom I had never seen before. The guys started off on a series of stretched pitch tones, culminating in a wall of torrential riffing and blast beats, amply filling the venue and beyond. Noteworthy were the three (!) vocalists on this act, as both guitarists and bass player all had an equal share in screaming their respective lungs out. Not so noteworthy were the first four or so songs, set in a near blinding fog of stage smoke. (Yours truly is indeed surprised to have been able to catch them visible in the act). The rhythm changes and not-quite-delivering-on-a-promising-melody line, as well as the intermittent use of (psychedelic) tone stretching and pitching, doesn’t really cut it for me. Their (presumably) fifth song had a very definite improvement, as the song was better structured, used listenable tempo changes and used an appropriate amount of tone(ear)stretching and pitching. All in all, Downfall seemed like a very skilled set of musicians and their music is very well played, but not my cup of sludge. 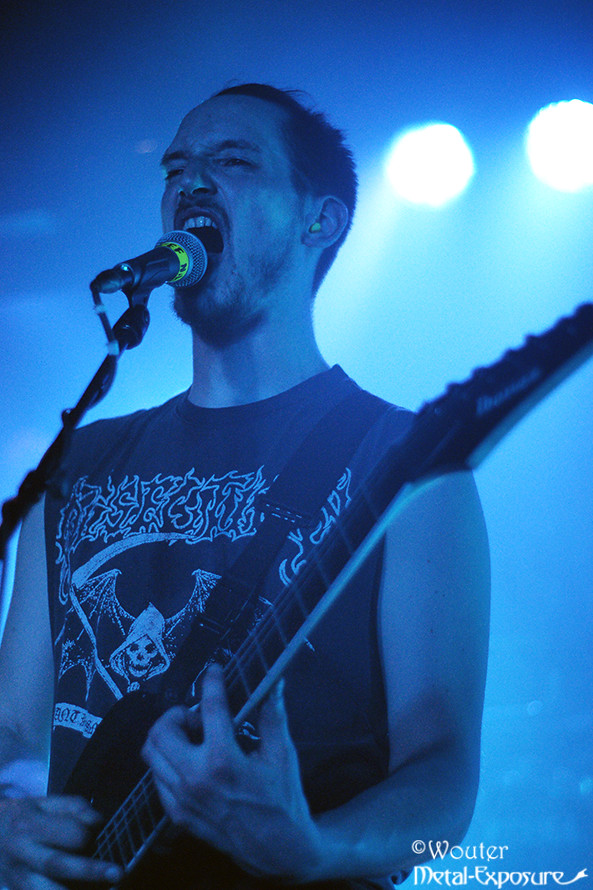 The wait and long drive was well worth the time, as Der Weg made it to the stage and started off with the opening song of Stellar, Repulsion.Repulsion. Repulsion, unlike other songs, makes use of predominantly clean vocals, which is something I am in the process of getting used to. The quartet showed off their impressively fast and precise riffing of both Nikita Kamprad and Sascha Rissling, as well as the machine like precise drumming of Tobias Schuler. Playing Ewigkeit and Der Stille Fluss, the band paid homage to their older, more atmospheric songs. Ineffable was the bass work of Giuliano Barbieri, working seamlessly with mathematical pounding of the drums, while also taking care of the backing vocals. The desperessional screams and growls (how else to describe both desperation and aggression?) of Nikita came very well in play with Lichtmensh, a song portraying an image of a fading body, letting out life year after year but maintaining a glowing inner side. Of Stellar, my personal favorite Einkehr was indeed just as good as I had hoped, solid, brutal and almost catchy. Each and every song was played as if on the record, quite an achievement given the tempo these guys maintain. After Eiswanderer, a song inspired by a nightly walk in the mountains around Bergen (Norway) in February, the band closed off with Zeichen. A song characteristic for the sound of Der Weg, including a long, eerie melodic introduction climaxing into an avalanche of sound overlaid with a melancholic melody line.

It won’t be a surprise, I really like this band and all their songs. This concert proved that live they are performing up to their own high standard, giving a mind-blowing good performance.