By Laetitia
Sunday, the day of rest, spending some time with the family, enjoying a hangover.. or going to a brutal death metal show! When the venue Baroeg in Rotterdam announced that the Canadian brutal death metal band Cryptopsy would play on Sunday, the 15th of February, we knew what option we’d go for!

One thing the venue Baroeg does well is creating opportunities for upcoming Dutch metal bands. Most of the time when they book a metal act, they also book (a local) lesser known band(s) as the support act(s). The band that opened the festivities of this day was the death metal formation Bloodgod. This three piece started in 2011 and released a debut EP since. What marked the show of this group was a lack of a band vibe, inexperience with shows but potential as well. 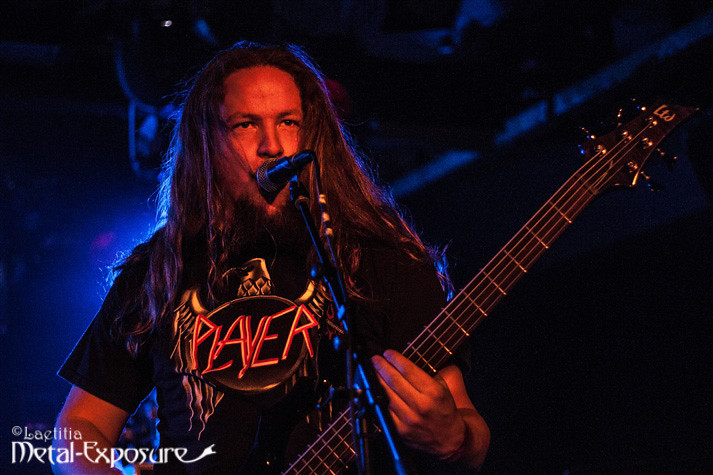 When Bloodgod would play a song, it seemed like three musicians were playing their parts, instead of a well oiled band. However, there were some moments, especially when the tempo quickened and the music gained in strength (the sound was quite thin for a death metal band) you could see that they attuned to one another in their enthusiasm. A seemingly lack of experience in playing or presenting oneself added to that feeling of watching a band that hasn’t spend much time out of the rehearsal room. Nevertheless, it would be interesting to see where the band is in a few years from now, when they’ve gotten the chance to grow.

The second band of the day was Bleeding Gods. Still a strikingly similar name as that of the opener. This show was also the release of their newest effort, Shepherd of Souls. The music of this group had more of a brutal edge to it, which made it more suitable to the vibe of the evening. Furthermore, what was notable was the energetic stage performance of each member. Whether it was the front man screaming out his guts or the band members head banging to the groove of their own tunes, overall Bleeding Gods managed to create a good atmosphere. 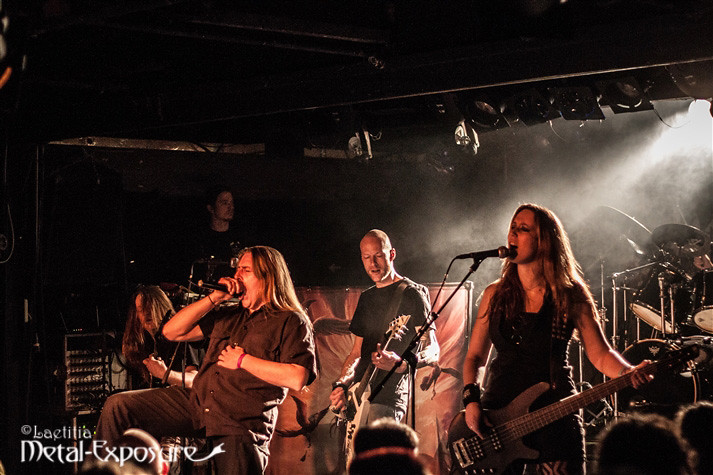 The Dutch band Severe Torture was booked for the evening. However they cancelled and Bodyfarm took their place. In the last years, this Dutch death metal band has gained quite a following. Their music, influenced by old school legends such as Asphyx, Obituary, Bolt Thrower and Dismember can’t be described as refreshing. Still, this band has managed to entice the audience by playing it as it should be played: straightforward and as tight as your spandex. Today, this four piece proved that all over again.

Even though everybody had fun watching these first bands, it was clear that most people came to see Cryptopsy. They were unequalled by the others in terms of brutality, head banding, interaction and with the audience. From the moment vocalist Matt McGachy took the stage, he blew everybody away with his inaudible grunts and extremely long hair of which you wonder how he manages to head bang in the first place. Often he would almost dive into the audience to feel connected to the audience. Less long haired, but just as fierce were the other Cryptopsy musicians. They used the stage and their musical techniques to create a lively Sunday evening experience. With such a powerful show in the back of our minds, we hope we can welcome this Canadian formation in the Netherlands again soon!