By Michael Brookhuis
Once in a while you get an opportunity to attend a very special concert. Tonight I had that chance in Utrecht. Inside a synagoge, the MerkAz, Orphaned Land would play an acoustic set. Not only was I drawn to this concert because of the acoustic vibe, but also the special location. How often do you get the chance to see a band perform in a synagoge?

When Orphaned Land entered the room, cheered on by a mixed crowd, they already seemed to be enjoying themselves. Lead singer Kobi also said that we had to see this as some kind of living room concert. So he motivated everyone to sing along, clap, dance, sit, stand, or just do whatever we wanted to. 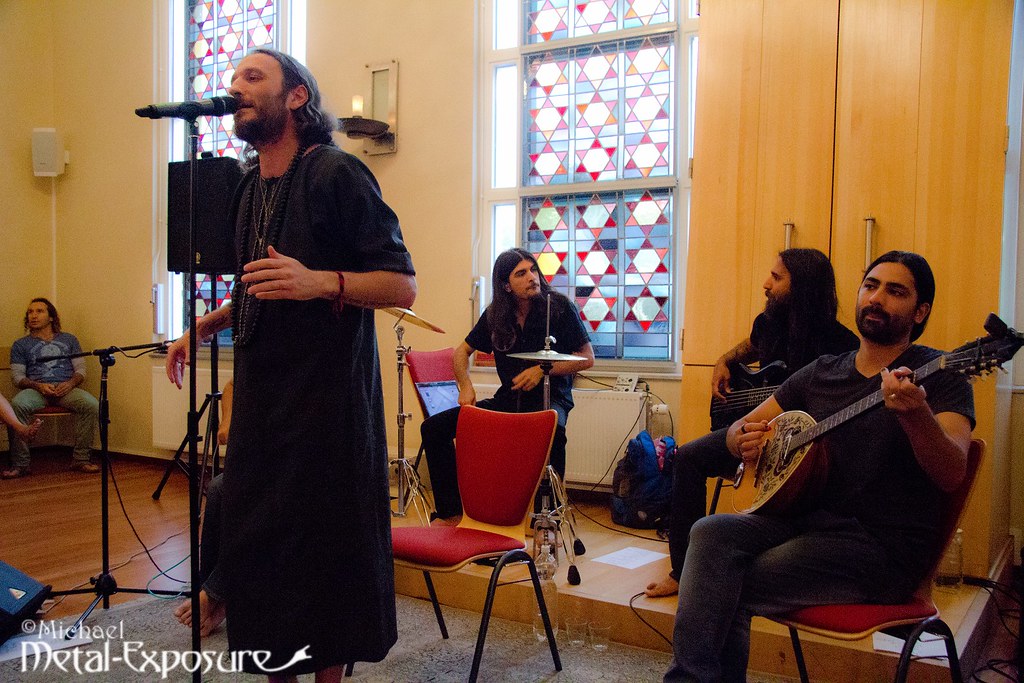 In between the songs Kobi gave us a little bit of explanation about some of the lyrics. It was great to see the emotion in some songs, as well as the pure pleasure that everybody had on stage. The concert was devided in two sessions, both containing seven songs. Some songs were altered a bit to fit into the setting. For example, the first song was “Halo Dies”, but only the first part of the song was played, stopping just before the grunts. In the end the changed the setlist a bit, regarding the order played.

The evening was filled with lots of goosebumps, smiles and even a tear in my eye. It was great sharing this moment with people from all over the world. Fans from Iraq, Iran, Syria, Turkey, Israel, Germany, Denmark, Italy, France, Greece and The Netherlands were there (sorry if I forgot a nation). Truly a night to remember!