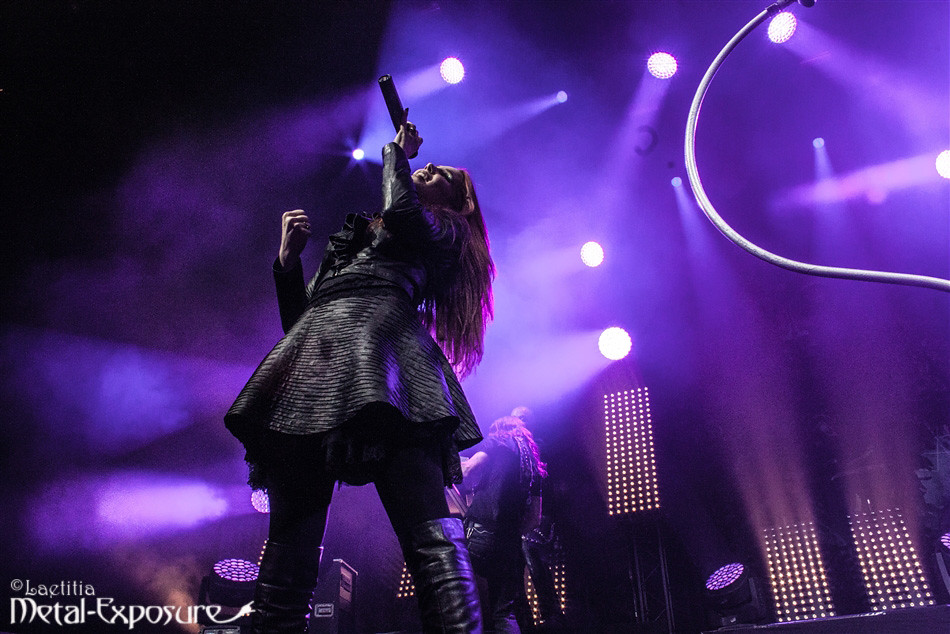 UK-based power/speed metal band Dragonforce is one you either love or hate. There is no denying that they are good at what they go: founder and guitarist Herman Li is a master at his play, the musicians interact with each other while performing, which makes for a good show. As convincing this is on paper, the show did not come across in a similar way. Despite all the enthusiastic attitudes and the attempts to interact with the audience, the audience was largely unmoved by the music of these power metallers. A few enthusiasts banged their heads of off course, but most people were watching from afar and chatting while holding a beer. Furthermore, vocalist Marc Hudson had some trouble hitting the right notes from time to time. All in all, Dragonforce were playing for a crowd that was anticipating something else. 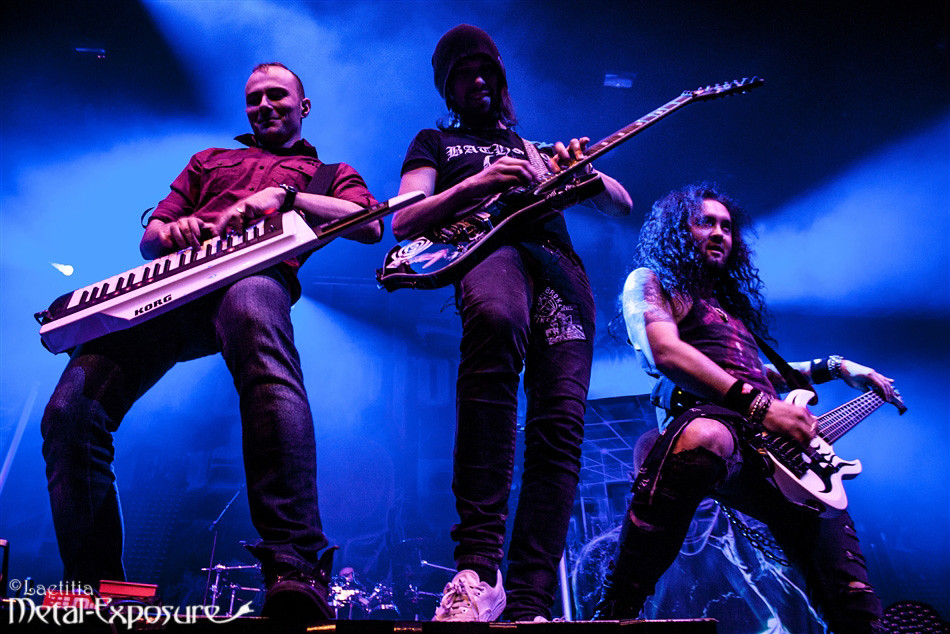 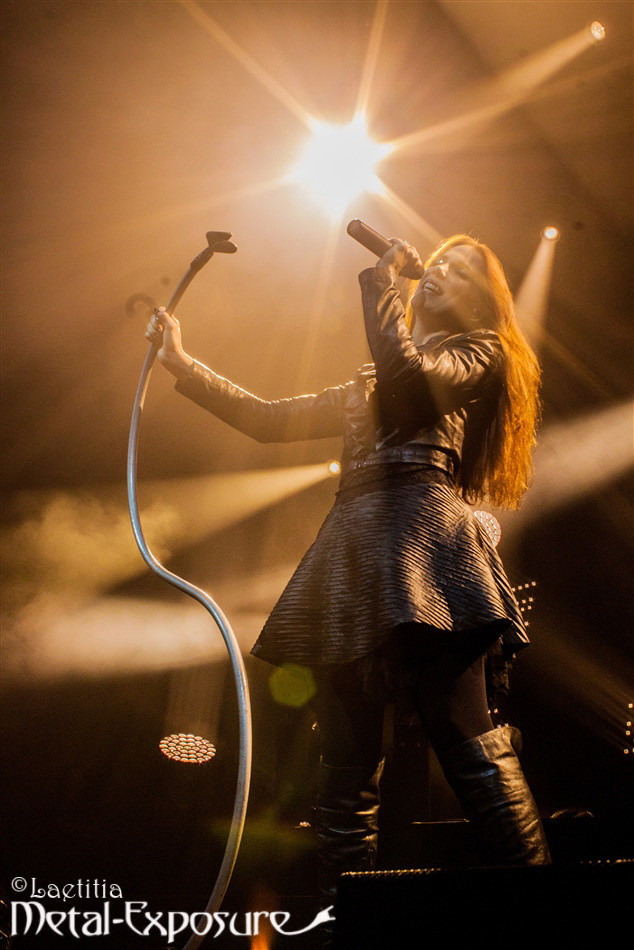 That something else was of course Epica. Since the musicians do not play a lot of club shows in their home country anymore, it is not unusual for the band to be able to attract such a large audience that fills up one of the bigger halls in TivoliVredenburg completely. This is quite a different atmosphere if you compare it to the disco’s in rural villages, where you’ve also seen this band perform in their earlier years. Epica has matured. Their shows can be described as nothing else than professional with a thought-out routine and great looking stage decorations, which ensures that no matter how many days of touring these musicians have had, the fans have the certainty of an impressive show.

This does not mean that today’s performance came across as a part of a routine. The band seemed genuinely excited to play in their home country once again and seemed determined on giving this Sunday night some extra flair. They did this by gratifying the hardcore fan base with tunes from The Phantom Agony, like Facade of Reality and Cry For the Moon in a more playful version. Naturally, many songs from The Quantum Enigma could be found on the set list as well. Furthermore, the smiles that could hardly be wiped off the musicians faces and the crowd singing along loudly to most of the songs contributed to the festive atmosphere of the evening. The band ended the show with Epica’s all-time hit: Consign to Oblivion. For information on the second leg of the European Enigma tour, check out the band on Facebook or their website!