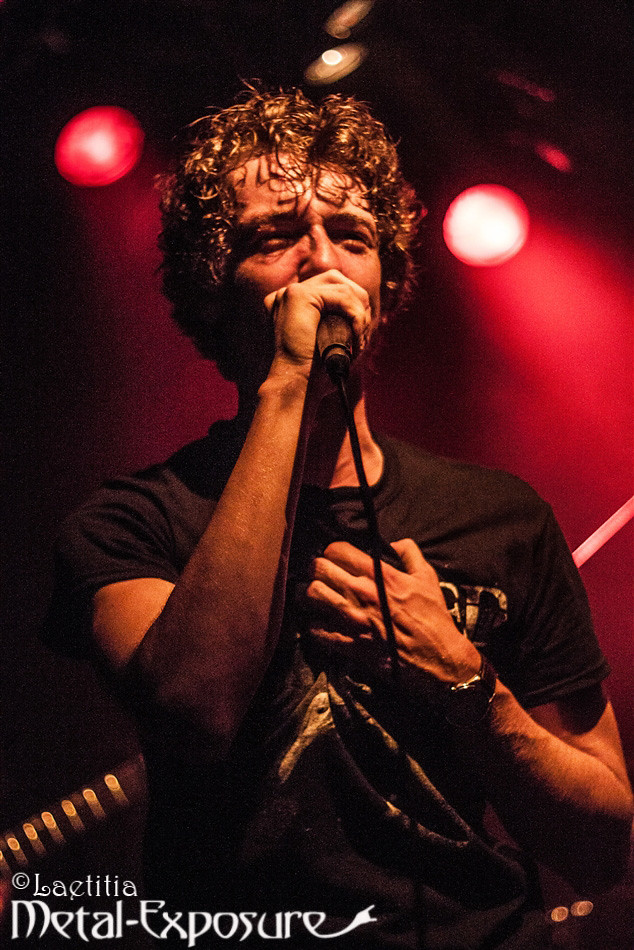 Dutch death metal formation Dictated recently released its second record, The Deceived, via Metalblade. Tonight in Simplon, one of the two albums release shows takes place. So, with new material and a new line-up (including God Dethroned’s front man Henri Sattler and drummer Michiel van der Plicht) Dictated is ready to take on anything.

Local metal band Beyond Reproach has the honour of playing first this fine evening. The young five piece treats the audience on a dose of melancholic death metal, that is somewhat influenced by the old school masters of the genre. Even though musically Beyond Reproach doesn’t do anything out of the ordinary, it cannot be denied that the breakdowns are the cause of a lot of rhythmic head nodding. However, this is as far as the activity of the crowd goes for now, which results in a slight uncomfortable atmosphere.

Thus, the task of getting the audience warmed up goes to Visionary666, from Overijssel. The guys manage to do this easily by playing a flawless show. With what seems like a military discipline, the four piece fires one song after another at the crowd. This makes the band seem a little static, despite of their great sound. Nevertheless, the people in the audience are loosening up: head nodding has been swapped for head banging. 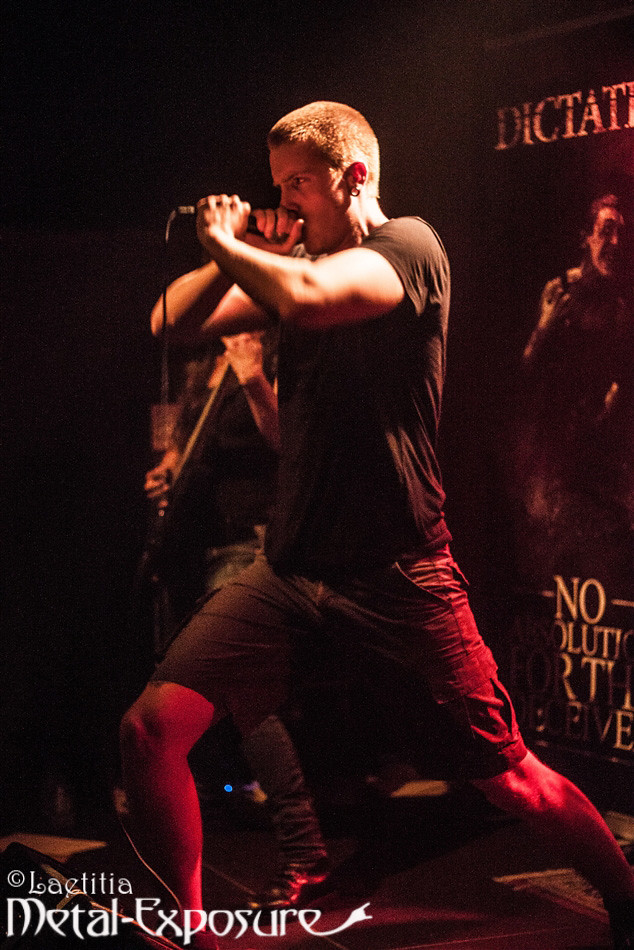 Most fans are here for Dictated. As soon as the band enters the small stage, the rows that were empty earlier this evening, are filled in an instance. The band presents its new record twice, the first gig today in Groningen and the second show in Kampen tomorrow. Since the release of their debut, Dictated has gone through some line-up changes. Tonight, the band exists out of: Jessica Otten (guitar), Sonja Schuringa (guitar), York Keijzer (vocals) and God Dethroned session musicians Michiel van der Plicht (drums) and on bass Henri Sattler.

From the first minute on, the groovy death metal incites the audience. Small mosh pits come into existence and the amount of head bangers grows intensely. A similar cheerful energy can be spotted on stage. Especially vocalist York acts like he plays in a hardcore band and shows accompanying active moves. Dictated can look back on a successful first release show and it is likely that they’ll have a similar success in Kampen.