By Laetitia
Ever since the release of their fifth studio album, the Swedish melodic metallers from Avatar have been touring. This winter, the band started touring Europe with Eldrimner and The Defiled. Metal-Exposure visited the show in Amsterdam and did an interview with vocalist Johannes Eckerström, which you can read here. 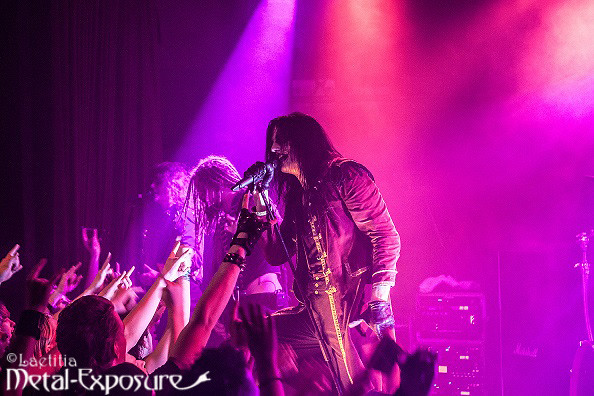 The young Swedes from Eldrimner were the surprise of the evening. By mixing melancholic black/death metal with a progressive influence, this five piece has managed to come up with a blend of its own. Even though all of the band members take part in creating an energetic atmosphere by encouraging the crowd, it is especially front man Alexander Andersson who makes this group noticeable. This is partially due to his vocals that have such an lamenting edge that many depressive black metal musicians would envy. Furthermore, his stage presence – somewhat reminding of that of Vulture Industries vocalist Bjørnar Nilsen – gives one goosebumps. His psychotic gazes make you feel uncomfortable and intrigued at the same time. It will be interesting to see where this band will head in the future!

The Defiled is often announced as a promise from the United Kingdom. Admittedly, they knew how get even the most reserved people moving and by the end of the show, the venue was filled with a sharp odour of sweat, because of all the fans jumping around. Still, I seem to lack understanding of why this group is so great. Looking like a mix between horror punks and emo-goths similar to The Rasmus, 30 Seconds To Mars and let’s take it to an extreme: Tokio Hotel, talking about how high you are on stage and than playing non outstanding rock/metal cross-over with some industrial elements just doesn’t do it for me. So, while it was entertaining to watch the bands semi-punk moves of messing around with a duck taped keyboard with a mediocre sound track, this was not for me. 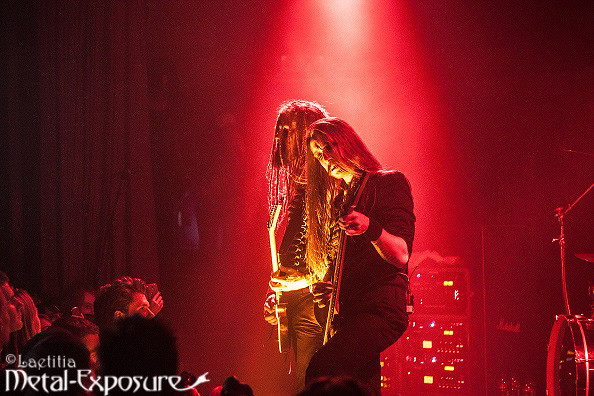 Avatar. When the Swedish melodic metal formation entered the stage, the clapping and shouting drowned out the carnival-esque intro. From the start on, the show was one big party. It didn’t matter if the band played older songs or tunes from Hail The Apocalypse, the fans sang along every word. The atmosphere on stage seemed equally enthusiastic and positive. Each of the musicians actively sought interaction with the crowd, resulting in a scene in which almost each movement by the band was answered by raised horns, clapping or shouting. This was, according to vocalist Johannes Eckerström, quite a contrast to the last time the band visited Amsterdam, when there were just a handful of people attending the show. All in all, Avatar demonstrated that they’ve grown since then and we’re looking forward to their return in 2015, on Into the Grave festival!