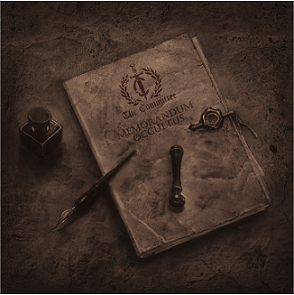 After playing their first full length ‘Power Through Unity’ uncountable times. After three long years, the wait is finally over. And with ‘Memorandum Occultus’, The Committee has once again delivered a very strong album.

If there even was progress to be made, they made it. The production of this album appears to be much more professional and in my (humble) opinion they finetuned their unique sound. With members from various countries and their headquarters based in Belgium, this multinational band is something that everyone should have heard of by now.

From the first track on they give you mere seconds before the dive into the heavy, low guitar riffs. Once the blastbeats kick in and you hear the low, raspy growls, everything else fades away and you get pulled under in the doomy atmosphere that they set.

While the songs come and go with the same fast paced aggression you’re used to from the previous album, there are perfectly timed moments where they slow down. The whispers, Gregorian singing and female vocals make for an surprising moment of calmth and prepare you for the transition to the familiar rolling double bass.

The lyrics are focused on war, conspiracy, the ignorance of men and are food for thought. And while spring is upon us, this album makes it feel like storm is coming for almost an hour long.