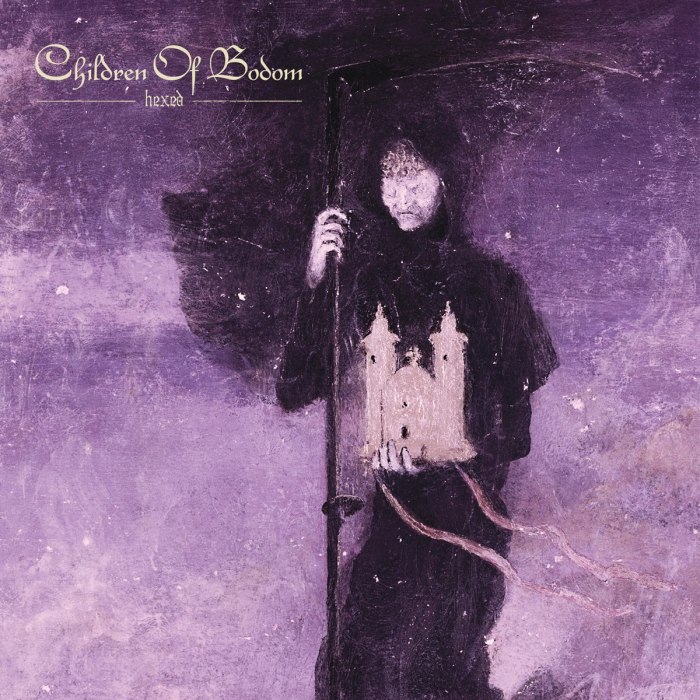 My childhood heroes Children of Bodom have released their tenth studio album, and even though I don’t listen to the band that often anymore, for the sake of nostalgia I of course just hád to review it. I gave their previous album ‘I Worship Chaos’, which got released in 2015, a pretty high rating, because it reminded me after many spins, more of the older Bodom that I fell in love with.
Looking back at it now, I should have rated it a little lower maybe, but what’s done, is done.

New addition to this album is guitar player Daniel Freyberg. He’s been a part of the band for a few years already, replacing Roope Latvala, but this is his first recording with Children of Bodom. He contributed to the writing process of the album as well, and maybe this small breath of fresh air makes that I find this album more appealing than its predecessor.

With Hexed I didn’t need that many spins as I Worship Chaos to appreciate the album. I instantly felt like a fifteen year younger me again. The band sticks to their successful and well known formula, which mainly consist of a lot of fast interaction between guitars and keys. Perfect examples of this are especially the songs in the middle part of the album as title song Hexed, Glass Houses, Kick in a Spleen and Platitudes And Barren Words. ‘In between song’ Hecate’s Nightmare is a slower song, and to be honest, I find it rather boring, but the composition of it doesn’t either want me to say that it’s a bad song.

Laiho his vocals are as raw, yet high piercing as ever, and not much has changed here, but then again, there is no need for that because they fit the music perfectly. His guitar work is as outstanding as ever. Not only when with the previous mentioned interaction between him and Wirman, but also during the many solos on the album. Wirman himself can’t be unmentioned either, because Bodom their successful interaction trademark wouldn’t work if both sides of it nailed it.

The album ends with a remake of Knuckleduster (Thrashed, Lost & Strungout EP). I’m not sure how to judge this song. It already isn’t exactly my favorite Bodom song, but this remastered version is a bit too ‘shiny’ for me. I think I prefer the original, little rawer version.

Nevertheless, like mentioned, the overall feeling and judgement of Hexed is positive. The majority of the songs are well written and give deliver the perfect Children of Bodom vibe.
I’m curious about the live versions of them.

Tracklist:
1. This Road
2. Under Grass and Clover
3. Glass Houses
4. Hecate’s Nightmare
5. Kick in the Spleen
6. Platitudes and Barren Words
7. Hexed
8. Relapse (The Nature of My Crime)
9. Say Never Look Back
10. Soon Departed
11. Knuckleduster