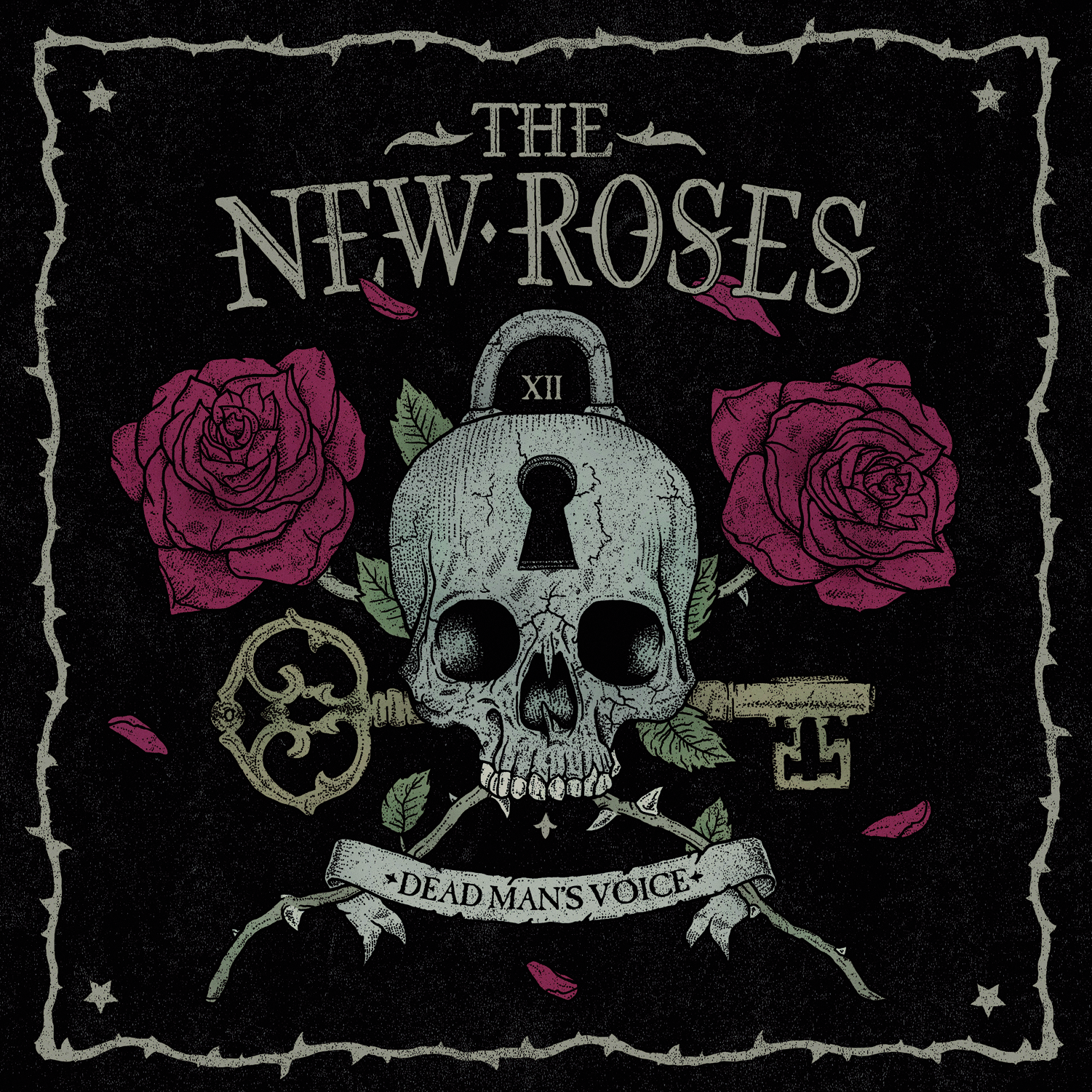 I’ll confess, upon today I had never heard of The New Roses before, but at this very moment I am asking myself: HOW COME?!
Their music takes you right back to good old hard rock time of the 70’s/80’s. The fact that I only experienced the late 80’s as a child doesn’t matter because who doesn’t like a good dose of epic sleaze and glam metal?
That this genre hasn’t died out yet, is already proven by bands like Crashdiet, The Darkness and Steel Panther, and now The New Roses can easily be added to that list.

Dead Man’s Voice is their second album and it rocks right from the start. If it weren’t for the fact that this album is made by four Germans from Wiesbaden in 2015/2016, you would think you’ve made a jump back in time and find yourself right in America in the 80’s. Their classic Rock ‘n Roll sound is obviously influenced by legends like Guns ‘n Roses, Aerosmith or AC/DC.
Hailing this classic sound can be dangerous. The chances of ending up like a cheap rip off or joke around with the almost forgotten spirit are high. Fortunately this isn’t the case with Dead Man’s Voice. The album sounds very well thought of. The production is nice and the riffs rock in the right way.

Especially catchy songs like Thirsty, Not From This World and ballad Ride With Me, stand out and are perfect (live) sing-alongs; they give me goosebumps. I foresee a lot of heads banging, hair spinning everywhere and lighters and hands in the air. Straightforward Rock ‘n Roll, just the way it is supposed to be.