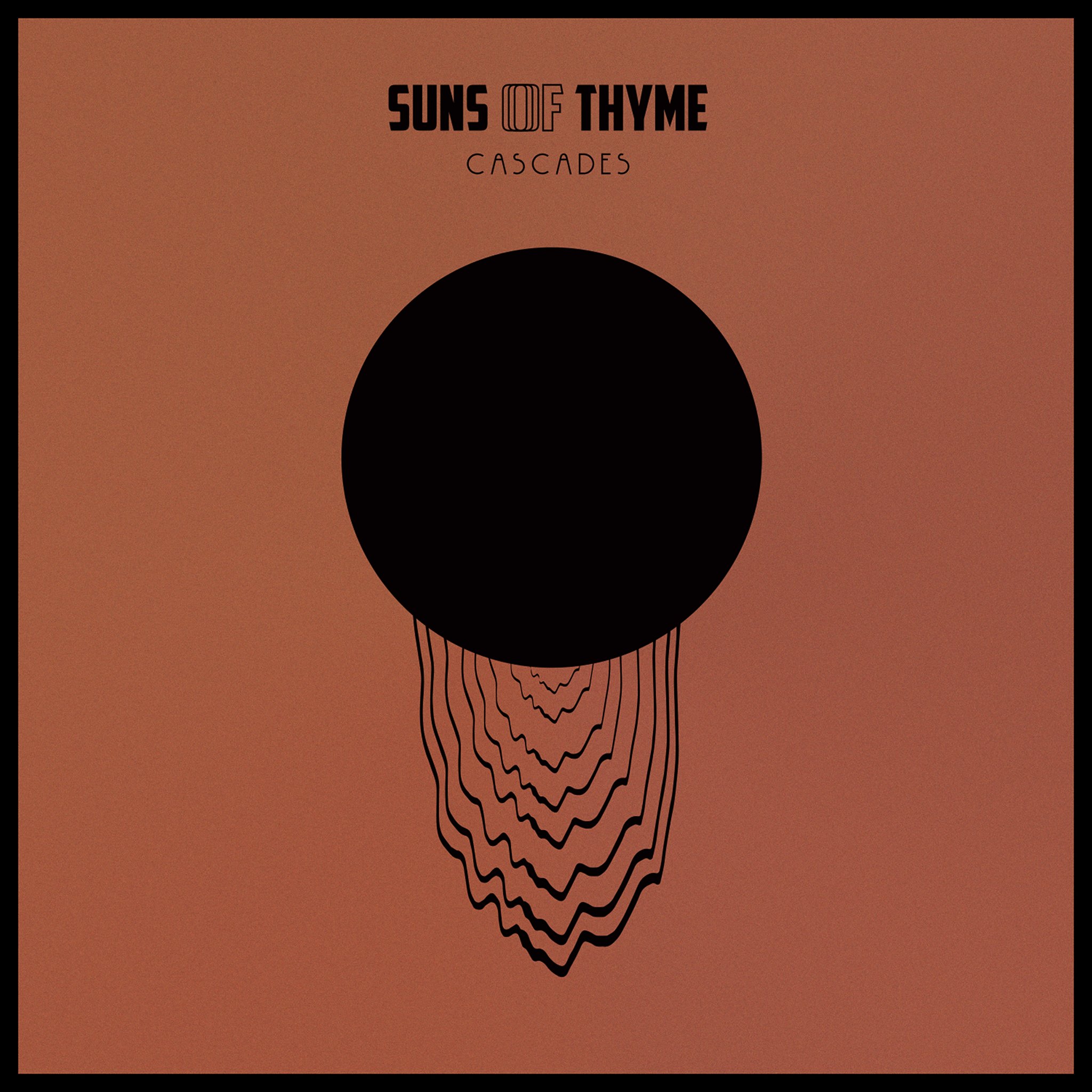 Review by Tabitha
Sometimes you stumble upon real gems as a reviewer (which makes the job that much more fun) – and I stumbled upon ‘Cascades’ by Suns of Thyme. Cascades is their second album, following their debut Fortune, Shelter, Love And Cure (2013). The formation from Berlin has been around since 2011 – a relatively young band, but with a well-developed sound called Krautgaze (I never heard of this before either). On the website of Napalm Records it is described as “space rock, shoegaze, psych, death rock, and Velvet Underground “. At this point, you either get excited or turned off. If you got excited, read on. If you got turned off..well, read on anyway!

The first song “Do or Die” is catchy in a forward and energetic manner with a darker undertone. The song instantly states their style and it got me hooked straightaway – after the first few tones I knew I was going to like this album. “Intuition Unbound” continues the flow in a somewhat faster pace but with such an appealing sound – pleasant riffs and catchy drums – I love the way the music flows, as if it’s water. “Ich Träum von dir” is one of my favourites – a (what’s in a name) dreamy and melancholic song with some very The Cure-ish riffs, and some interesting changes in pace. Further favourites are “Rush”, “Aphelion” (with a heavier and darker sound) and “In Dreams Awake” (Much Cure, such wow!). The album gently ends with “Kirwani” II, nicely rounding up the whole listening experience and making you want more at the same time.

What is appealing to their music is that, even though Suns of Thyme does manage to form its very own unique style, every listener can pick out sounds from his or her favourite bands in the music. For example, I’ve been an avid listener of The Cure, Interpol, The Smiths and Joy Division, and in Cascades I found a comforting new blend of the typical sounds of these bands (by the way: is that a Joy Division reference in the album cover?), but put together in a new way.

Tobias Feltes’ vocals are wonderful and have that extra bit of personality –think Ian Curtis, Robert Smith and Morrissey. However, it could be a bit more powerful sometimes. The vocals are missing an edge here and there, but this might be something a live performance would be suited for, giving it a bit more rawness. In September there is an opportunity to see them perform, as they are doing some shows in Germany and (one show) in Switzerland.

Long story short: I’m really happy I discovered this gem and I recommend it heartily to all lovers of aforementioned bands, you will not be disappointed! Play it loud and enjoy!