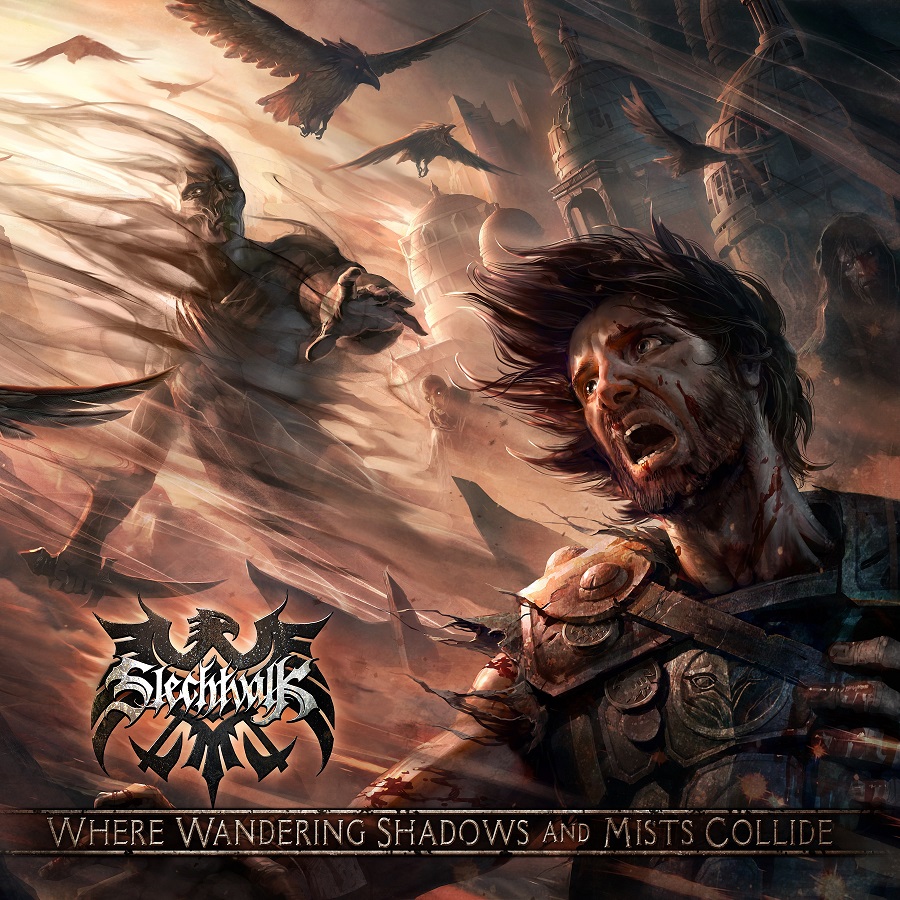 By Laetitia
Dutch viking metal band Slechtvalk are back with their fifth studio album Where Wandering Shadows and Mists Collide. The bands last record came out in 2010, A Forlorn Throne. Being the one who reviewed it and remembering to like it, yours truly figured to also take on this new effort by the Christian metal formation.

When revisiting A Forlorn Throne and upon that, hearing Where Wondering Shadows (..), it’s an easy conclusion to reach that Slechtvalk has not remotely strayed from their own path (For those unfamiliar with the group: furious blackened metal, with distinct viking metal influences). Is it commendable in a scene where ‘post’, is a synonym for success, or does it make Slechtvalk a one-trick-pony?

I wouldn’t go as far as the latter. Where Wandering Shadows and Mists Collide features a couple of devastatingly heavy songs, and it also demonstrates technical mastery. Just take ‘The Shrouded Grief’ as an example. The record is in no way monotonous, the tracks vary in pace, structure and influences, ‘March to Ruin’ has an explicit viking feel and opener ‘We Are’ is catchy in a blistering sense.

Nevertheless, it would not hurt for Slechtvalk to seek out its borders a bit more in terms of style. It shouldn’t get to a point where one stops listening to a band because if you’ve heard one album, you’ve heard them all. The Dutchies have not arrived at this point yet, but there is certainly a lurking danger there.

When looking at my review of about six years ago and listening to Slechtvalk now, I come up with the same conclusion. Musically it’s a fine, actually good album, but this band has never managed (until now – never say never) to be outstanding in a genre that is very saturated.