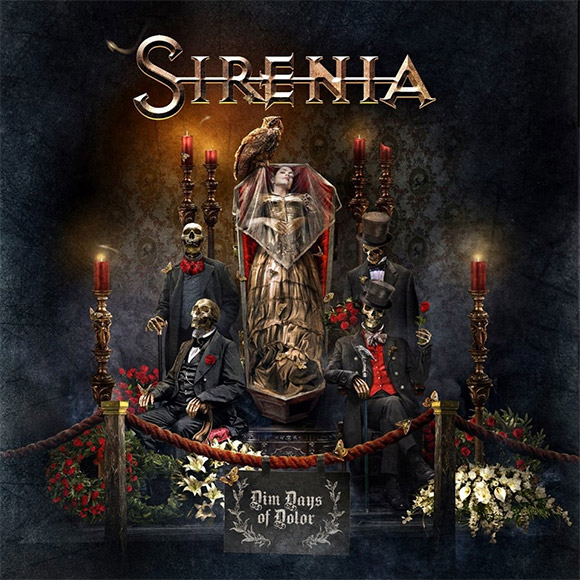 By Michael
Way back in 2002, I fell in love with this one album. It was Sirenia’s “At Sixes and Sevens”. Years have passed and I lost track of the band. But what better time to get reacquainted than with a new album? One thing is certain, Sirenia has changed a lot. Over the last few years, Sirenia has been a band with a lot of movements. Members have departed, substitutes filled their spots and so on. Finally the band seemed to be able to build on a steady line up, until they decided to part ways with singer Ailyn Gimenez Garcia, a departure she had no say in according to her.

For her replacement, the band did not have to look far. Emmanuelle Zoldan fills the spot and this brings the band back to their roots. In previous albums, the singing was softer, now we’re back to the operatic style fans from the old days will know. Naturally this will divide the fans into two groups. One will hate it, the other will love it.

The record kicks off with the powerful “Goddess of the Sea”, which has the typical Sirenia elements I know: operatic voice, male choir in the background and a good melody. Title track “Dim Days of Dolor” shows that Emmanuelle can do regular, non-operatic singing as well, and it’s a catchy song.

One of my favourite tracks of the album is “The 12th Hour”, mainly because the song is so diverse. Different types of female singing, grunts and a choir, mixed with a fast drum track and heavy riffs. “Cloud Nine”, is one of the least impressive songs on the record. For some reason the rhyming just seems repetitive, which makes the song go on and on. The same goes for “Elusive Sun”. But those are the two weakest tracks of the album.

With Dim Days of Dolor, Sirenia embarks on a new journey, in which it feels like they are returning to their older work, yet still keeping true to the work of the last few years. Seeing as Emmanuelle has been part of the band for over a decade, this could lead to an interesting period in the existence of Sirenia. Hopefully they won’t be bothered by these changes and they can build on with this line up. On to a steady future in which the band can evolve and continue to expand their horizon.