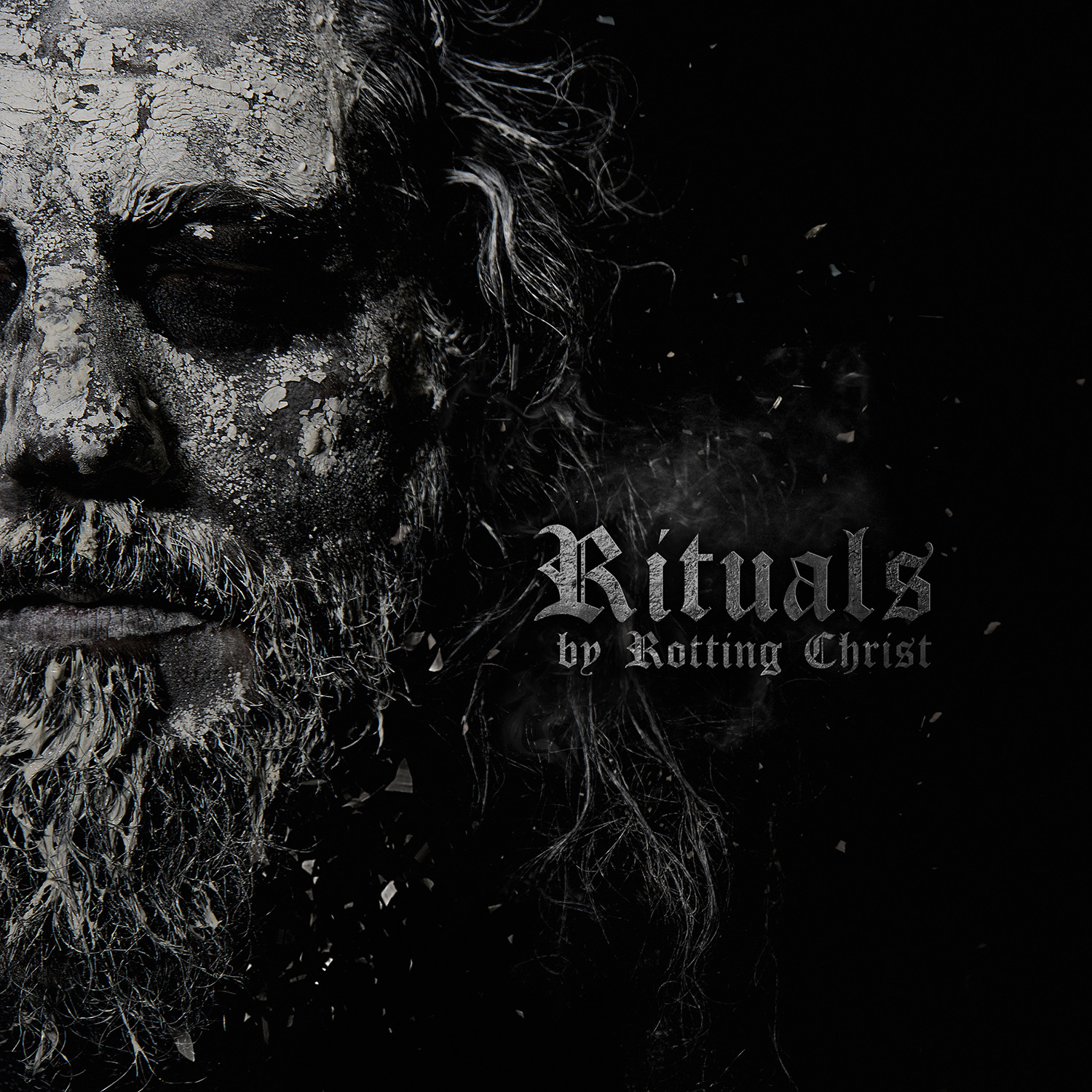 It has been three years since the latest Rotting Christ album, Kata Ton Daimona Eaytoy, has been released and now they’re presenting us with their new work of art: Rituals.
Even though Kata Ton Daimona Eaytoy didn’t get as much praise as its predecessors Theogonia and Aealo, I still pretty much liked it and was excited to hear Rituals.

The past ten years Rotting Christ pretty much stuck to their unique own style that can best be described as Dark Metal, and this style of course also defines Rituals. The start of the album is very heavy and dark, especially the already released song Ze Nigmar chills you to the bone. From the start to the end of the album you indeed find yourself in the middle of a series of rituals. Not surprising since, according to the booklet, the theme of the album can best described as a ride through ancient cults and mythologies.

The drums are fast and loud, but low and dark. The guitars are high and low and rage on through almost the entire album. But the album is so much more than that. Chanting choirs, some classical influences, and a lot of spoken words and narrating, male as well as female, often also in ‘ritual style’. A good example is Apage Satana, which is a ritual being put to metal. We hear men almost chanting in loud voices ‘Apage Satana’ over and again, while the drums easily and steady beat on. Sakis’ screams are nowhere to be found, and if it wasn’t for the raging guitars you would doubt question yourself if this even is a metal album you are listening to. Also the fast song Elthe Kyrie, which is dominated by female (priestess?) vocals gives you this feeling and can make you feel a bit chilly.

But also the more classical Rotting Christ sound is present on all sides. For A Voice Of Thunder, with a guest appearance from Nick Holmes (Paradise Lost) and Komx Om Pax take me back years and years ago, when I first saw a live show of Rotting Christ.
Listening to The Four Horseman I can’t help but thinking of the series Vikings. Sakis’ his screams being put aside, this song could have easily fit into it. The extreme low clean vocals that define half of this song truly get to you.

With Rituals, Rotting Christ has done it again. With all of the above elements together, they truly have created one big massive masterpiece. Especially fans of Theogonia and Aealo will appreciate this new album. Its sound is much darker and heavier than Kata Ton Daimona Eaytoy. Even though they have a very specific own style, with Rituals they prove they also have it in them to keep evolving and outshining themselves.