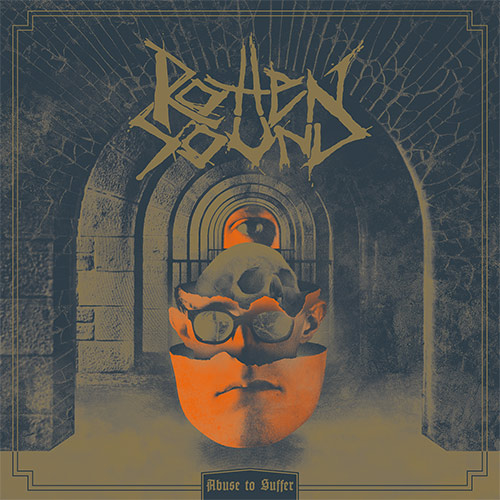 By Wouter
Rotten Sound is back and delivers another piece of aggressive grindcore. It has been five years and two days since the release of their previous full-length, Cursed. So it’s great to finally hear from our Finnish grinders again, even though they also released an EP in 2013, Species at War, which is still 3 years ago!

The seventh album of Rotten Sound is intense as expected. The mid-tempo sections are heavy and the blastbeats are like a huge wall of aggression raging right at you. The main reason for this is the production which I find better compared to their previous album. This opens a door for the riffs and the great riffs follow each other rapidly jumping into different energy levels. The chunky guitar accompanied by deep growls at times has crust punk influences, but the it is such a small portion. From the first song on, it is straightforward grindcore.

Abuse to Suffer is an aggressive grindcore album with abrupt changes in tempo to increase the intensity of the blastbeats and gaining a certain complexity in the structure. This is not just your ordinary grindcore album, but this is the sophisticated, yet chaotic uncle. Abuse to Suffer proves that Rotten Sound is able to maintain their high intensity and quality for over twenty years.