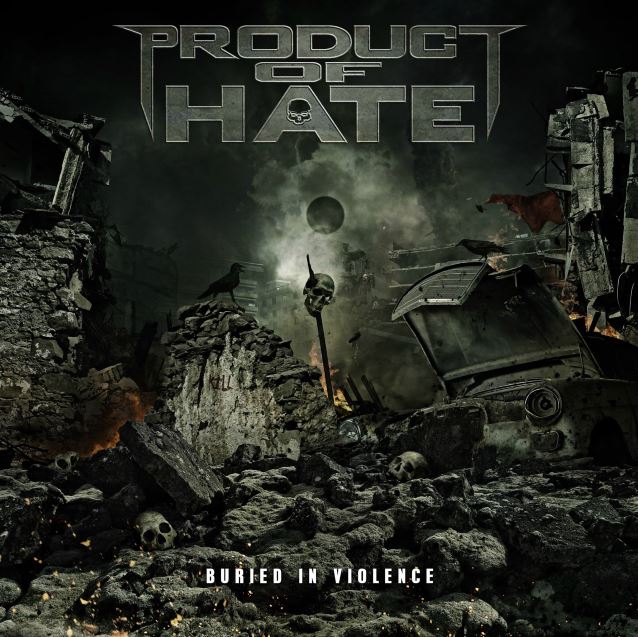 After being formed in 2007 in USA, Product of Hate hasn’t been that productive in the form of releases. Between 2007 and their first release now in 2016 they have released one EP and two singles. But they managed to get a deal with Napalm Records so I’m curious if the band has released a kickass first album.

The opening song sets the tone for the rest of the album and represents what the whole album is about. Fast and technical groovy thrash metal. To me it reminds me the most of a crossover of Megadeth meets Testament. But unfortunately not as good. The album all together sounds above average to me, but it is all played very safe and the production is pretty clean, which don’t fit the music. I like what the singer does with the vocals, a diverce range of grunts, growls and screams. Also I really like the guitar riffs and the basswork; that really push the music forwards. But the drums are overal a bit dull. And I really hate how the drums sound on this album. Everytime I listen to the album I get more annoyed by it. But that could be a matter of taste. I really couldn’t tell which song stands out to me after listening to the album several times. The album ends with a Ozzy Osbourne cover of Perry Mason which is nicely played.

For a debut album, it is a decent one. But on the other hand, after all those years one could expect something better. I hear these guys have talent and I hope they will grow over the years and get experience with live shows.