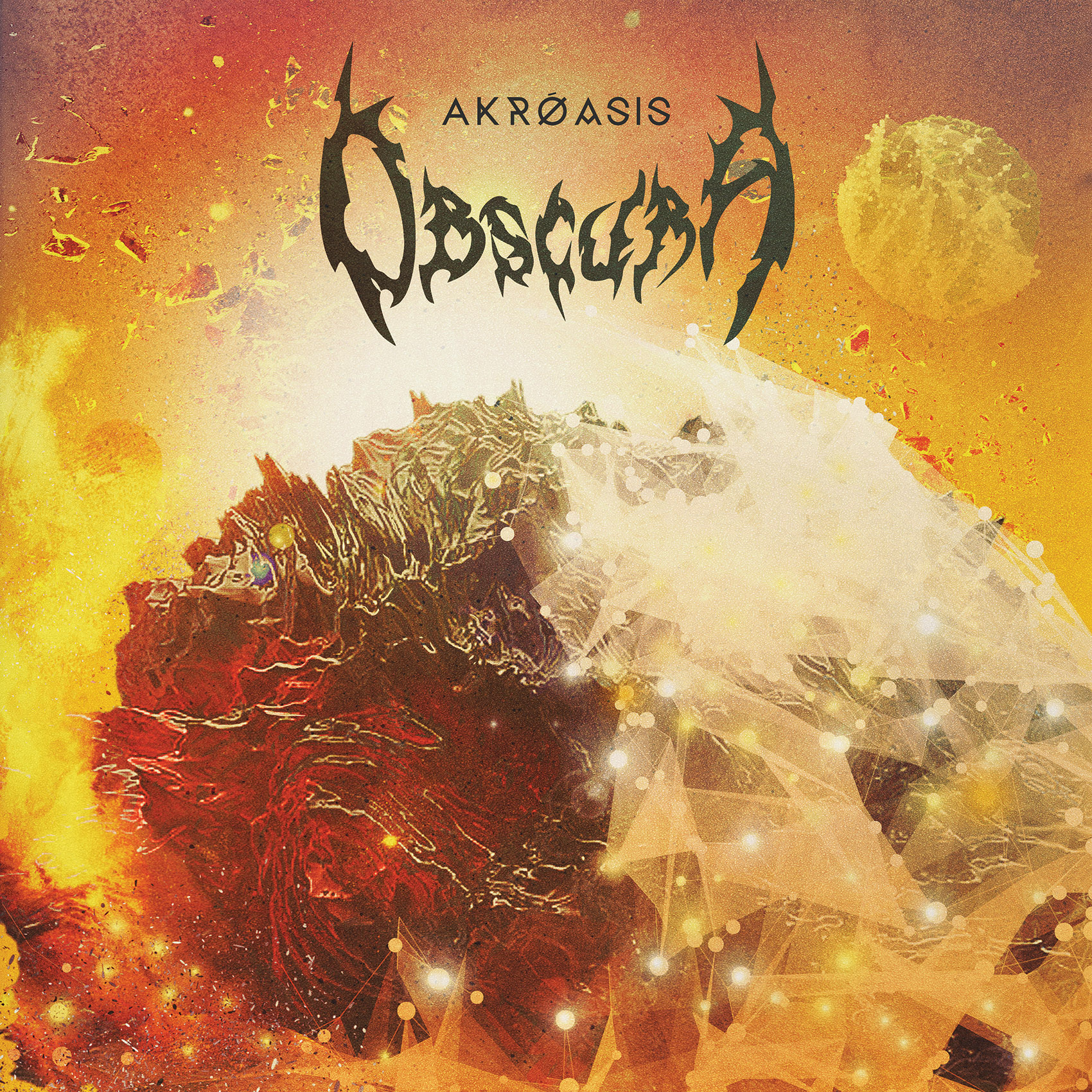 By Laetitia
Ever since the ground breaking record Cosmogenesis (2009), the German technical/progressive death metal formation Obscura has set a high standard for themselves and other bands in the genre to live up to. With the follow-up of the acclaimed Omnivium, Akróasis (‘hearing’ or ‘listening’ in Greek) the extremely talented musicians have raised that bar to dazzling new heights. The words ‘their best work yet’, are often applied too easily in reviews. This time, it is spot on.

The signature technical (Cynic influenced) death metal sound of Obscura is still the foundation of the tracks on Akróasis, as (amongst others) demonstrated by the title track, the gloriously heavy Ode to the Sun and personal favourite and solid The Monist. If that is the case, what is it that makes us reviewers praise this album so much, you may wonder. With this album, the band has perfected the balance between their trademark sound and the awe-inspiring, jazzy and progressive soundscapes. Bass player Linus Klusenitzer plays an outstanding role in all of this. On all of the tracks, the bass plays a subtle, yet a defining role.

The masterpiece on this record is without a doubt the 15-minute long composition Weltseele, the longest song in the discography of this band. If you think listening 15 minute technical/progressive death metal track could be a dull endeavour, think again. Obscura has artfully blended uncommon hooks, beautiful classical arrangements, brutality, smooth jazz and the cosmic theme into an impeccable song.

All in all, the songs on Akróasis are not just a stage for Obscura to show off incredible musicianship, but they are cohesive, compelling compositions which are a pleasure for any progressive/technical death metal fan to hear. Akróasis features the best work of this German band to date, no doubt there.