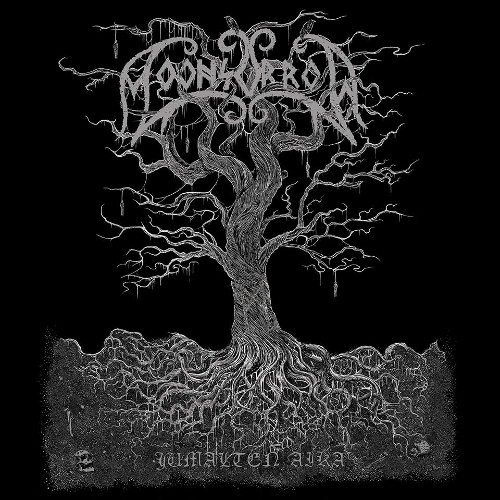 So here I am, sitting behind my laptop, trying to write a review about Moonsorrow’s Jumalten Aika. It’s been two weeks since I received this album, I think I’ve listened to it for about 20 times by now, and I still don’t know what to write about, because I have so much feelings about the album that I don’t really know how to put them to words (I’m starting to sound like a fanboy now), but let’s try!

Let’s start by saying that after those 20 spins I mentioned earlier I still can’t get enough of this album; something that doesn’t happen a lot. Every time I listen to it, I discover something new. If you’re familiar with Moonsorrow you know the way their music is layered and build up, and the different dimensions that are put into the music. Jumalten Aika certainly lives up to the same style again. This album is meant to be intense, to really make you feel something in your heart and let your thoughts wander off. It is not meant to be filled with jumpy, catchy tunes.
It took the band five years to create this album, the longest timespan in between albums so far, but they certainly used this time to really master themselves even more than before.

Jumalten Aika starts with the title track and is introduced with a soft flute tune and some chanting, which we will hear coming back a few times during the rest of the album. Not even two minutes in, it all breaks loose and we are treated with Ville Sorvali’s voice piercing right through us. You hear the typical Moonsorrow sound, the journey has started. Indeed, a journey is the best way to describe this album. All you have to do is close your eyes and let Moonsorrow take you with them. The folky pagan tunes, with mainly the keys in the main role, combined with an (almost) black metal sound of raging guitars and ongoing drums take you to distant lands and worlds far away from here.

Listening to the record, I get the feeling to compare it to some sort of an awakening, but an awakening on a rainy or dark cold winter day. It is epic, made of (heroic) tales, with a dark side to it. That is not surprising considering the theme for their heathen music mainly consists of old Scandinavian stories, religion and folklore. If you have read the Kalevala and/or other books about Nordic/Finnish Folklore you might stumble upon some familiar stories while listening to Jumalten Aika (if you know your Finnish, since the album is in the bands native tongue).

All I have left to say is: GO LISTEN TO THIS ALBUM! In our age wherein the popularity of medieval themed shows, movies and so forth keeps gaining popularity, the music can’t be left behind. The past ten years, folk metal has reached a peak, and a lot of bands have risen and fallen again, but Moonsorrow has remained as steady as always and has delivered a truly epic masterpiece once again.