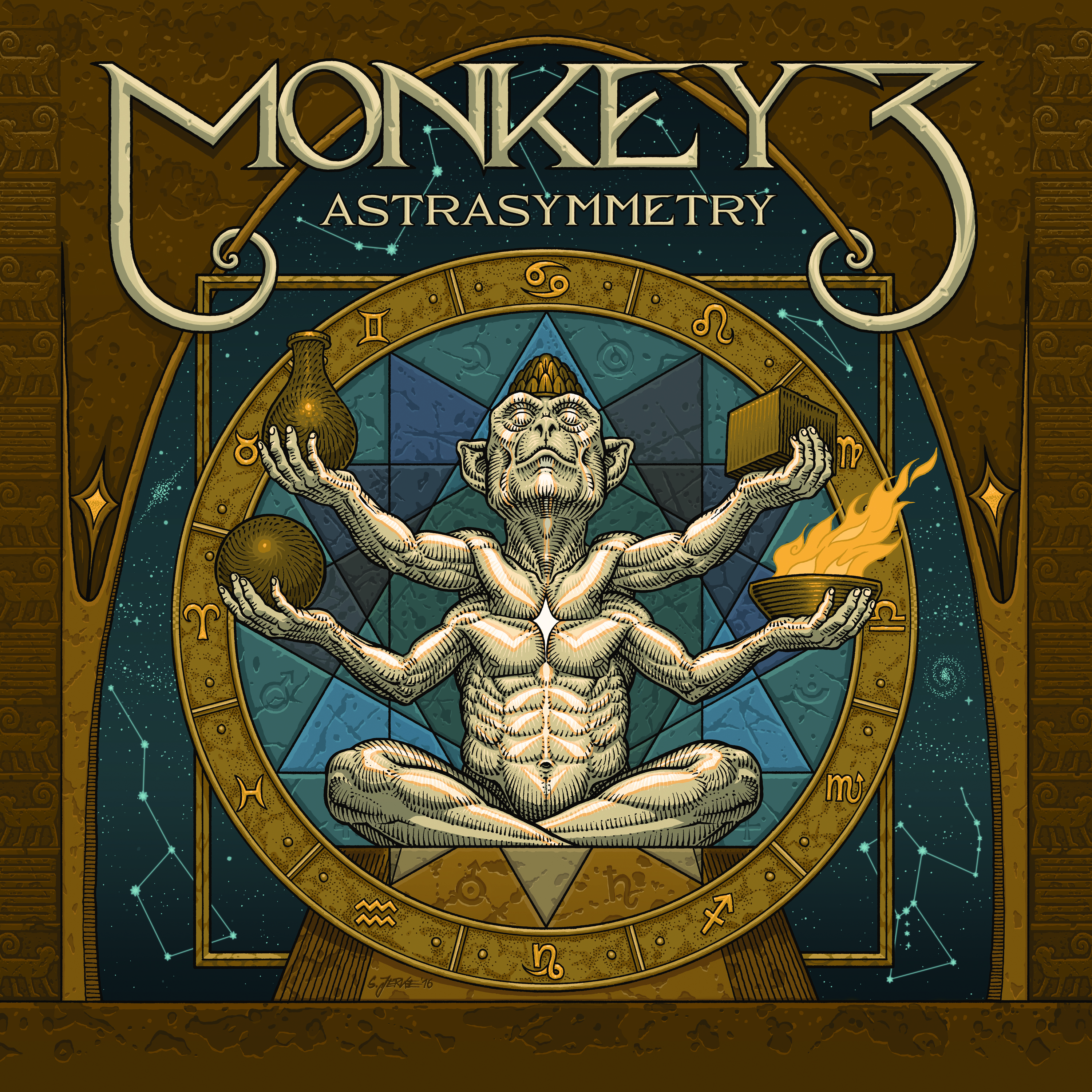 ‘How the bloody hell have I never heard of this band before?’ That was one of the first thoughts that came to my mind when I put on Monkey3 their new release ‘Astra Symmetry’, which is about a month ago by now already. The first song on the album ‘Abyss’ starts with such an atmospheric sound that I fell in love instantly. Foremost because it reminded me a lot of one of my favorite bands ‘Wardruna’. But it didn’t last long until the drums and heavy guitars set in and the almost nine minute long track started to get groovy, and the resemblance with Wardruna faded into a resemblance with, let’s say Pink Floyd, because they haven’t been compared enough with them.

So, the band got me interested, and listening to their previous work I soon learned that the album starts in quite a unique way because Monkey3 brings vocals to their new work, where their previous work mainly consists of instrumental songs only. But the raw vocals are very fitting to the music and are a pleasant addition.
If the addition of these vocals got you worried: don’t be! The vocals really are just an addition and the focus still is put on the atmospheric sound made by great guitar work and the synths. I think it is great that the band is evolving itself and that they are trying something new.

The first three songs Abyss, Moon and Endless Ocean form a unity on the album, and so do The Water Bearer and Crossroad. Where these songs maintain a good balance between a heavier sound by groovy guitars, atmospheric synths and some vocals every now and then, during Mirrors I find myself wandering off towards a fairytale land. The song isn’t as loaded as most songs on the album, but yet it is nicely building up towards a somewhat heavier ending.
Dead Planet’s Eyes then again is something totally different. The main focus lies on the vocals with this song and the band here shows something else then you’re used to.

If you want to connect to the album title, I’ll recommend the songs Seeds and the combination of Arch and The Guardian. These songs give a lot of space (see what I did there?!) for great guitar work and, indeed leave you floating through time and space.
Combine all the above mentioned elements and you’ll get the epic ending of the album ‘Realms Of Lights’. It goes on where The Guardian ended and slowly builds up to one organized chaos of different sounds and elements. I love it, the climax couldn’t get any better!