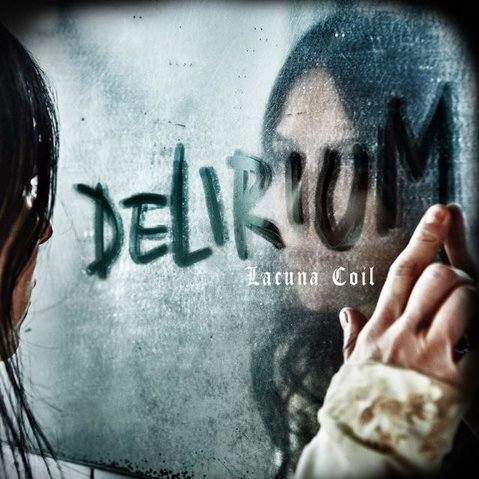 By Michael
Lacuna Coil has always been a band on the move, trying to find new directions in their music. Before releasing their latest album, Delirium, they were forced to, by some band membera leaving the band. Of the original line-up, Cristina Scabbia, Andrea Ferro and bassist Marco Coti Zelati remain.

This means that each member needs to profile themselves in a more expressionate way in the album. Marco does this by not only taking the bass role on him, but also playing the guitar. He also takes the producing role on him, which results in an album which feels fresh and renewed.

Of course there are also some guest guitarists, delivering some solo’s. Amongst others, this is Myles Kennedy, which we also know from Alter Bridge. As for vocals, Cristina still brings here charismatic voice and singing style. It’s Andrea Ferro who really surprised me. With more growls and grunts than ever, he brings a lot more power to the album.

That is the general feeling of “Delirium” anyway. The new record sounds much more powerful, heavy, yet never missing that melodic vibe. With that being said, we can tell that the voices and singing styles of Cristina and Andrea blend together like never before.

From the start of the album, bringing in the first single “The House of Shame” which packs a punch right from the get go, to the slower “Live to Tell”, no song seems to really disappoint. Ofcourse there are some minor aspects which came to my attention. Sometimes the lyrics of songs just don’t grasp me. Also, the explicit versions of two songs felt kind of unnecessary.

Personal favourites of the album are “The House of Shame”, the title track “Delirium” which reminded me of the old Lacuna Coil days, Comalies era and “My Demons”. Delirium is an album which will please fans, both old and new and feels like a refreshing wind in the Lacuna Coil camp. Cristina said about the album that “Everything feels different in the Lacuna Coil camp. A new wave of confidence, a renewed essence, and pure drops of energy sweating out of our pores.” and this can be felt throughout listening to the record.